Astroturf | The effect of an eclipse

Astroturf | The effect of an eclipse 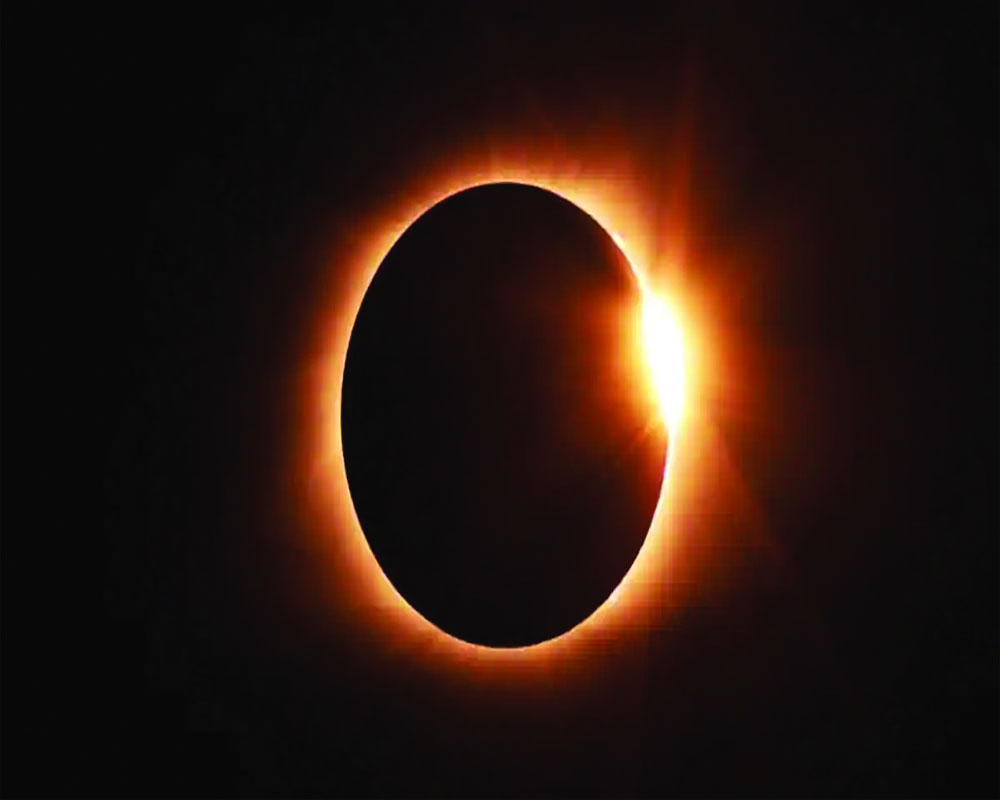 We will be witnessing annular Solar Eclipse today. For more than a fortnight, the so called self-acclaimed arbiters of people’s destiny — half knowing astrologers — have been foul mouthing on Youtube channels on pitfalls in individual life because of this eclipse. They have been scaring people born with Gemini, Scorpion and Capricorn as their Moon signs about impending danger in their lives. Insensibly inducing a sense of fear in people’s life is simply unethical. The other day, a friend of mine, worried about his son born with Gemini Moon sign, called me for necessary clarification. After dispelling his unfounded fear, I thought that truth be told.

Let me make it clear, Eclipses are periodic astronomical phenomenon sighted at least four times every year. It speaks of changing energy dynamics of nature with related bearing on probable course a nation may go through in emerging times. In case of individuals, however, it is only when eclipse happens within 2 degrees of major planets or important cusps in one’s birth chart that could point to probable changes due in life. Otherwise, it will not make any impact in individual life. Here again, study suggests that if ever eclipse happens close to the Sun, Moon, Jupiter, and Venus in one’s birth chart, are indicative of a very promising time ahead. If, however, it happens close to natal Mars or Saturn, speaks of impending danger ahead. Let me quote a few examples for the sake of clarity of what came through following solar eclipse on their natal Sun. Harry Truman and Frank Roosevelt were elected President of USA. George, the Duke of York succeeded his brother King Edward VIII of Great Britain after he abdicated power. Mahatma Gandhi was assassinated following solar eclipse on his natal Mars. John F Kennedy was assassinated after solar eclipse fell on his natal Saturn. So, a generalised sign wise implication of the eclipse is simply despicable.

Now coming to impact of eclipse in nation’s course of life, it needs to be seen in the backdrop of the implications of chart drawn at the time of Solar Ingress in Aries sign (the first sign of natural zodiac). Scorpio sign was rising, which being 8th house of the natural zodiac with its lord Mars placed square to Uranus points to serious difficulties ahead. This, when read together with Rahu in the 8th house square to the sign lord Mercury, point to a very high mortality rate. All planets lying between Ketu and Rahu, too speak of difficult situation ahead till such time the Sun crosses natal Rahu towards November end.

The present eclipse is happening over natal Mars in India’s independence chart. It implies a serious security concern all across. Mars being 7th and 12th lord in nation’s Independence chart, points to war like situation and cracks appearing in diplomatic relations with some foreign countries. The nation may go on offensive most likely towards the Northern border as the eclipse is happening in North sign Gemini. Armed, Police forces may be under great pressure. Incidentally Mars happens to be 3rd and 8th lord in the eclipse chart, which again speaks of high mortality rate, already in evidence. Also, there is possibility of death of important personality.

Eclipse is happening in the 10th house of the chart drawn at the time of New Moon. Mercury, the lord of the eclipse sign Gemini is in retrograde motion. Loss of reputation of those at the head of affairs because of policy flip-flop is not ruled out. Diplomatic failure is likely. People’s discontent will be in sight, particularly the youth and intellectuals. Sun, Moon, and Rahu, all placed square to Mars in a watery sign implies a very difficult situation ahead before polity. Tempest and sea storm are likely. Travel Industry shall continue to go through tough time, already in evidence because of Coronavirus.

Kindly note that the eclipse gets repeated at the same point in the zodiac exactly after 19 years, meaning that it would have happened on the same day in 2001 and 1982. Also, the effect of solar eclipse may last for as many years as the number of hours for which eclipse would be in sight. Following similar nature of eclipse in 2001, there was terrorist attack on Indian Parliament. The ruling party lost power in 2004. After 1982 eclipse, Indira Gandhi was assassinated in 1984. With ever changing dynamics of time, exact repeat pattern is not possible. But certainly, we are headed towards a difficult time. Let us watch out how the future evolves.