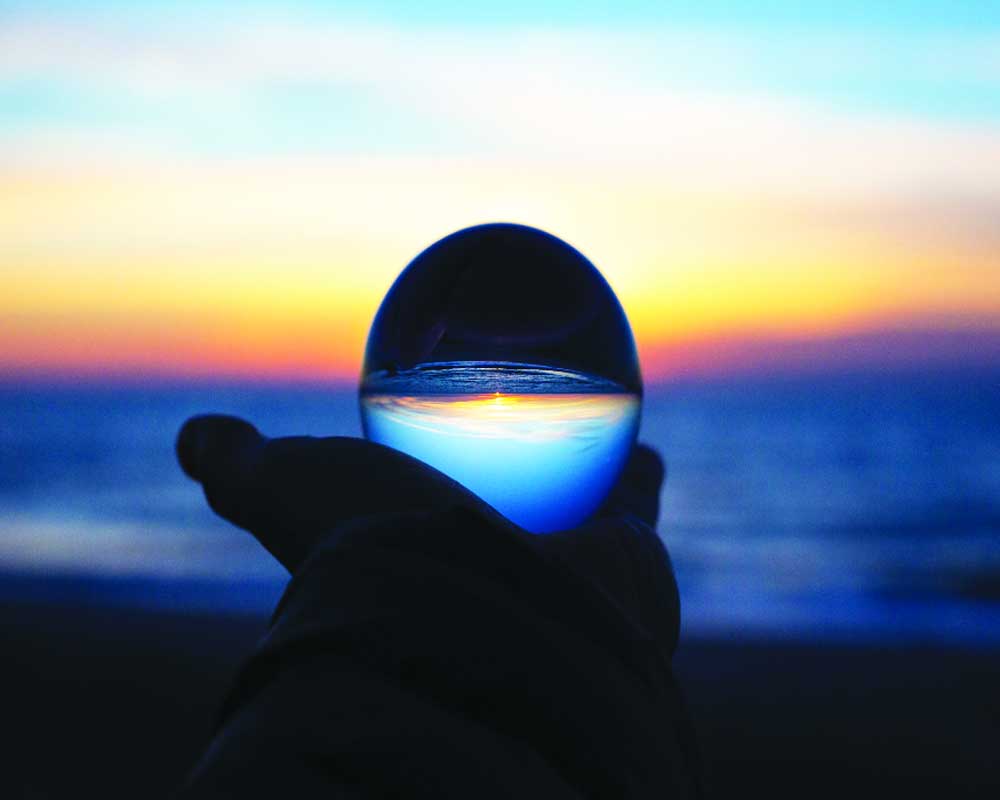 As the euphoria of New Year celebrations would be over by now, it’s time to get on to the wish list that many of you would have made. Nothing, however, just comes to one’s asking. Remember, we live in a complex world where every being is born unique, each manifesting varying mind-trends. In such a framework, no initiative could go about without being faced with challenges — from within because of own mental inconsistencies or those posed by competing interests and contrarian forces. Braving all these odds, we could still succeed in our mission, if we put in our qualitative best. That, however, would be possible provided we service our mind, following which our profound empowerment tool ‘Buddhi’ — the faculty of discriminate intelligence — shall be in active mode. That will make you discriminate and drop unachievable targets, pick up the right lead, articulate your actions well, and intelligently combat challenges coming in the way. Yet, nothing will go about on expected lines if ever the environmental conditions remain unfavourable.

Let’s therefore, look at the astrological pointers to the probable course, the nation is expected to go through during the ongoing year. Purposely, in order that we are prepared individually and collectively. The first marker would be the legacy of 2019 we have carried forward, coming as it may with Solar eclipse that happened on December 26. For, eclipse charts reflect upon major change in energy dynamics of the cosmos that has related bearing on how the nation as a collective is expected to be headed towards.

The eclipse is happening in a fiery sign Sagittarius, which incidentally is the 8th house of India’s Independence chart, identified with serious difficulties and death. There is a cluster of 7 planets in Sagittarius at the time of eclipse — Rahu, Mercury, Sun, Moon, Jupiter, Ketu, Saturn and Pluto, the last two being natural signifying planets of death. This particular planetary alignment brings in the possibility of increase in incidence of fire leading to mass deaths. Also, people’s discontent and dissension may create upsetting situations. Jupiter conjunct Ketu, incidentally opposite natal Mars in India’s Independence chart, points the possibility of widening of communal divide. Read together with Mercury’s presence in the eclipse sign implies that such policy decisions as would create a sense of distrust, may lead to discontent. Also, the ignorant may loudmouth and harass the intellectuals. All these are already in sight. Sagittarius being a war sign raises serious security concerns at the border. Lot of people of eminence may leave the world. The second marker worth consideration is planetary conjunctions to follow. Towards March end and early April, Mars will be conjunct Jupiter and Saturn, which raises the possibility of communal flare up and possibility of war like situation.

The next marker is Annular Solar eclipse due on June 21, 2020. It is happening on 4th-10th axis of the eclipse chart. It signals loss of government’s credibility because of their own failure to visualise implications of their policy initiatives, as would retrograde Mercury’s presence there imply. Saturn’s opposition to natal Moon in India’s Independence chart implies people’s discontent. Later in November, both Saturn and Jupiter will be conjunct in Capricorn, the natural signifying sign of India. Such conjunctions, termed as ‘Great Mutation’ happens at an interval of 20 years pointing to major change in nation’s polity and societal dynamics likely to follow.

Saturn’s transit to Capricorn sign on 24th January, is by itself enough to indicate serious problems in the offing. For, it would be opposite natal Moon, Mercury, Venus, Saturn and the Sun in succession in nation’s Independence chart. They respectively signify, masses in general, youth, finance, downtrodden, and the head of government. It happened last in 1990. The period thereafter was marked with political instability. Three Prime Ministers changed hands between 1990 end and 1991. Cast clashes following reservation granted to backward classes resulted in death of a large number of youths. Advaniji’s rath yatra excited communal passion, which eventually led to demolition of Babri Masjid. Economy was in shambles forcing us to mortgage Gold to service our debts and manage country’s finance. To overcome financial crisis, economic policy underwent paradigm shift during P V Narasimha Rao’s regime. That gave a fresh impetus to nation’s economy. Terrorism was at its peak in Punjab. Rajiv Gandhi was assassinated in a suicide bomb attack in May 1991 during an election rally.  This doesn’t necessarily mean a similar repeat, but we seem to be due for serious challenges ahead.