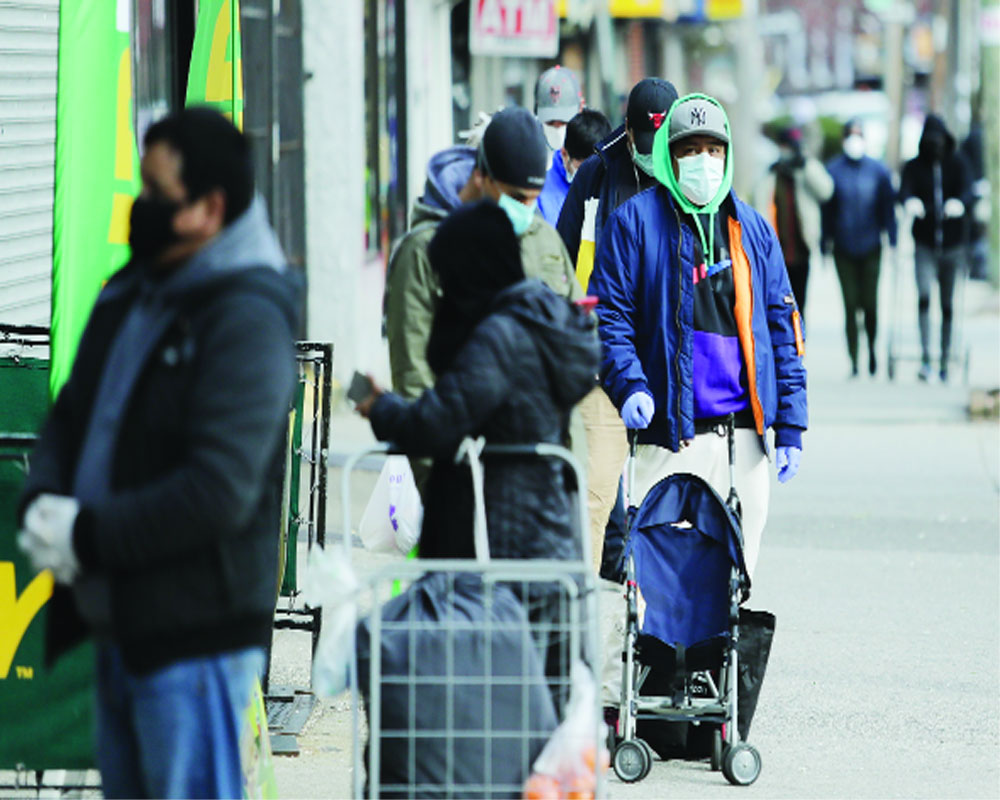 The American leadership seems perplexed despite being on the anointed pedestal of being the most powerful nation endowed with a mammoth defense paraphernalia which the nation can wield in the international sea, land and air firmament

Elections and Presidential leadership in the United States are a spectacle par excellence. This is equally true for both the elections for the anointed Presidency and the Congressional polls locally. Awareness and deliberations about the US foreign policy across the larger international system are everyone’s pet peeve but the scenario in the domestic politics remains an domain orb, which has been investigated to a lesser extent elsewhere in the international system. Also, it is a theoretical principle in the discipline of international relations that there lies a continuum between the domesticity of a nation and its larger footprint in the global comity of nations. It’s in this partisan narrative, where-in the domestic political discourse gladly but confrontationally subsists.

In the contemporary American firmament, President Donald Trump is going through the toughest phase of his Presidency which is even more serious concern than the impeachment proceedings in the US Senate, which he had to be content with. As a related fact, it is the COVID-19 virus which poses a national security and a health challenge for a besieged American nation. As the trail of coronavirus patients mounts in the United States, the American leadership seems perplexed despite being on the anointed pedestal of being the most powerful nation endowed with a mammoth defense paraphernalia which the nation can wield in the international sea, land and air firmament. It’s the Calvinist self doubt of an incessant urge for self enhancement and continuously being on guard which should be utilised by the American establishment in this hour of crisis when the entire comity of states is seemingly strangulated by the new pandemic.

Apart from the pandemic, it is the threat of global terror and the vitriol in the aftermath of the impeachment proceedings which cause a big snarl-up and a vitiation of the political ecosystem in the United States of America. Frequent ego-trips that President Trump has had with the various Secretaries and his other top official machinery has marred the taint-free expectation of confused hoi polloi. Despite being the unstinting confidants of President Trump, several Cabinet members have been shown the door despite their scathless records of efficiency and loyalty towards the Trump’s dominion.

One stand-out aspect of the US Democratic primaries has been the fact that Bernie Sanders, the left of the centre, Democratic Presidential hopeful, has been sidelined out of the race with Joe Biden being the candidate from the Democrat side of the fence to take on the political juggernaut of President Trump. One singular perspective out of many in the context of the American public sphere concerning the leadership performance of President Trump has been the idiom of myriad flip-flops which President Trump has undertaken in the light of the various position and portfolio changes in his Cabinet. Secondly, President Trump has been changing the quintessential American point of view in the light of the climate change policies, American judiciary and the American policy perspective in the context of South Asia, where-in India’s stance has always been that of negating the hyphenation of itself (India) with the Islamic Republic of Pakistan. The win-win economic leadership by inking a mega trade deal with India along with the quarantining of India concerning the stipulation of GSP (Generalized System of Preferences) has been the characteristic goggles through which some sections of India perceive the American policy perspective to be. Another poser on his political leadership happens to be that of frequent changes in the visa-related work conditions vis-a-vis India, which renders New Delhi slightly doubtful, especially the old guard in New Delhi’s political and diplomatic leadership. One area where President Trump’s leadership of the new world has been proactive is that of a peacemaking role in the Afghanistan conundrum and his tie-up with the Taliban based in Doha, Qatar. Even in the context of a turmoil-ridden “Middle East”, the Washington leadership has done well with a mixed outcome in the context of the Syrian quagmire. In the context of Iran, President Trump got rid of General Suleimani but did not retaliate when the American assets in Iraq were targetted by Tehran thus casting aspersions on a cleansing and aggressive posture of the American leadership. It was this BOP run policy which took the steam out of the acolytes of the leadership in Washington.

Jeffrey A Jenkins writes in his authored book titled, Leadership in American Politics, that, “There is a leadership gap in American politics between the leadership needed to address the country’s most pressing problems and that provided by the nation’s elected and appointed leaders. If we turn to political scientists to shed light on such leadership issues, we find their work often lacking. As important as leadership is in explaining political choices and policy outcomes, studies of leadership are limited in many subfields of political science research and are missing altogether in others.” Still, despite traces of whims and flip flops, the domestic WASP fraternity and the white blue collared workers still root for President Trump despite his leadership and popularity rankings transforming in the aftermath of individual situations.

His appeal lies in the leadership gung ho, loud chaperoning and symbolically stiff upper lip political nonchalance embedded with a sense of American hyper puissance which takes wings with the presence of a cacophonous political leadership and opposition.

As an adjunct imagery, one can cite the speech of President Whitmore in the original patriotic flick, Independence Day. On the occasion of the launch of the American counter attack on the Alien Mothership, the embattled American President perches himself atop a F-16 and orates, “We the people of the free world and the American people shall not falter. We will not disappear into the night. We will not wither away into darkness and shadows. We will put up a struggle against the Alien Mothership. We shall overcome and it will be a historical moment when the world’s fighter jets gather together for the largest aerial battle of the world, since World War-II along with the brave American flyers.”

Thus, the practice of Presidential leadership is a reflection of the larger impact on the commoners which rings true in the leadership framework of President Trump, also, whenever the American homeland faces a crisis or a holocaust of impactful proportions. The venerable Pew Research Center too reported in January 2020 about the dismal support to President Trump’s foreign policy. It was argued that, “Despite negative trends in his popularity as a true blue leader, his standing has improved. The current Pew Research survey finds an uptick in some countries since 2018 in ratings for President Trump and the US, though the degree of change varies from modest to solidly positive.

At least two plausible factors may be behind these shifts. First, support for Trump has increased somewhat on the ideological right in many nations.” The 63 per cent recorded disinterest and dissatisfaction with President Trump’s policy has been generated maybe because the world is flat since a long time but the domestic panning out of his electoral prospects might be a completely different leadership ball game altogether in the context of the American homeland.