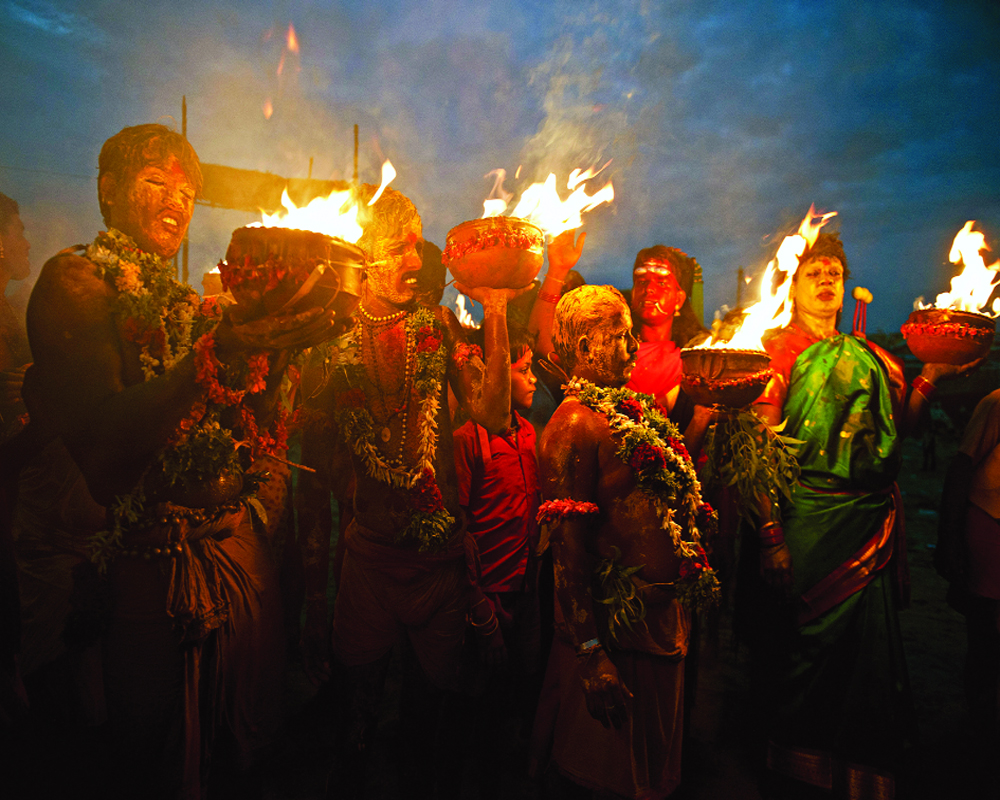 Signifying the triumph of good over evil, Dussehra is celebrated with much gusto and fanfare and in several forms and almost all parts of India.

The 12-day celebrations begin on the starting of the lunar cycle, and culminate on the day Dussehra is celebrated. The events take place in and around the 300-year-old MutharammanTemple in the village, which is an important part of the town's history. The beginnings of the festival was much more humble, but over the years the participation of many more villages and towns have given it a deeper significance and fervor. The vast stretch of seashore along the area plays a gentle host during the occasion and a general air of gaiety, excitement and festivity hangs in the air...

Excerpted with permission from Abhishek Hajela’s India: East Meets West. A recipient of International Nikon Award, Hajela is a passionate travel photographer, who loves to capture people in their environment and likes to tell life stories through visual imagery