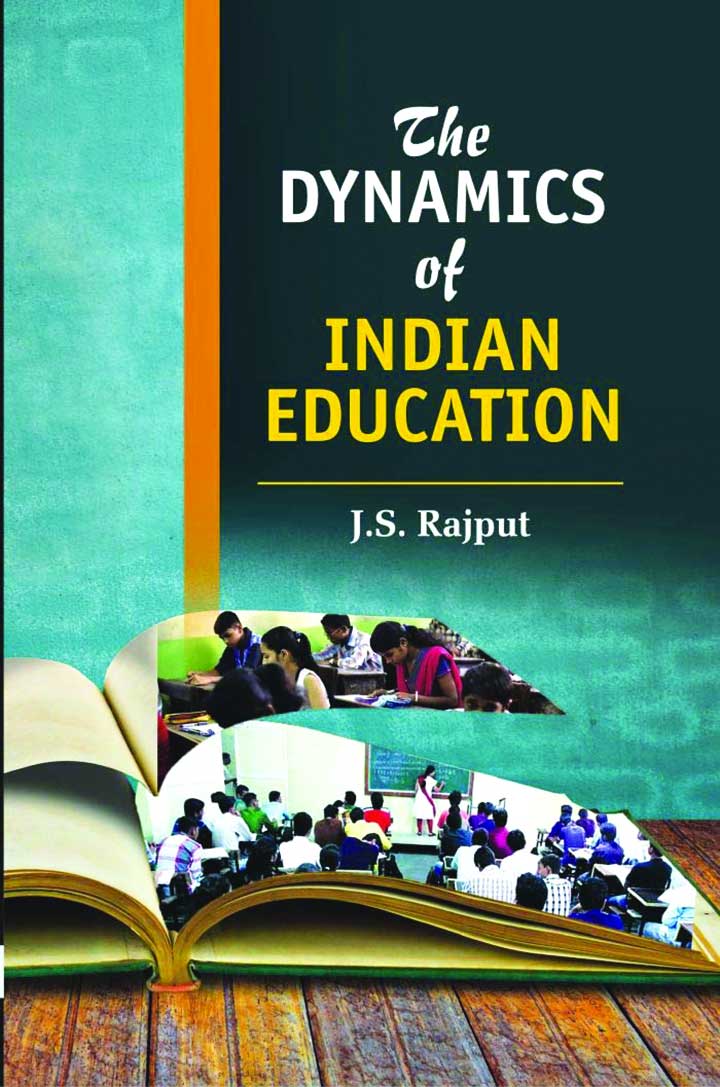 The Dynamics of Indian Education

In his book, The Dynamics of Indian Education, the author has explored the vast canvas of critical concerns that form the basis of educational change and transformation, writes Sudhir Singh

India is awaiting a new national education policy (NEP); the last one was prepared in 1992. The Ministry of Human Resource Development (MHRD) appointed a Committee under the Chairmanship of former Cabinet secretary TSR Subramanian in October 2015 to prepare the draft of NEP. This Committee submitted its report in April 2016. This five member Committee had four retired bureaucrat and only one academic member; the author of the present book under review, Professor JS Rajput. Subsequently, MHRD appointed a more-broad-based Committee under the Chairmanship of eminent scientist Dr K Kasturirangan. Its report, submitted in May 2019, was made available to public domain on the same day, and MHRD invited public comments on this draft as well. It has received numerous inputs from every section of the society. Hopefully, these would help the government to take a comprehensive view of the changes required in education policy.

The last four-five years have seen education issues being seriously discussed and deliberated upon at every stage and level throughout the country. During this period, the writings of Professor JS Rajput in print media, in English and Hindi as also his lectures and books have contributed in enhancing the relevance of such interactions and their output. The Book ‘The Dynamics of Indian Education’, released on August 1, 2019 by the Vice President of India, M. Venkaiah Naidu, is one amongst these.

Every family wishes to know more about education, good education, and quality education. The demand now is no more only for ‘education and school’, but for “good quality education; imbued with skill acquisition; in a good School”. Just some sixty years ago, people were reluctant even to send their children to schools, and had to be particularly persuaded to send girls to schools. The attitudinal transformation itself is a great achievement. India needs to evolve a visionary, futuristic and pragmatic education policy that could respond to the national requirements and aspirations of the young and aged in a fast-changing globalised world. These are the critical times for the country to have a fresh look on its education system and revamp it on modern lines. Our education systems must remain deeply rooted to culture, and simultaneously committed to new knowledge.

A cursory perusal of the topics contained in the book clearly indicate that the author — a veteran educationist — has dexterously explored the vast canvas of critical concerns that form the basis of educational change and transformation. These require regular dynamic inputs based upon experiences gained and the future vision to remain relevant. Education systems just cannot afford stagnation at any stage over even a short period. The content of this book clearly appreciates our Post-Independence achievements in education. We have near total enrollment in schools, in spite of over-threefold increase in the population!

The book also brings forth how the ancient Indian tradition of knowledge acquisition, and dissemination received widespread acclaim across the seven-seas; we were the Vishwa-Guru! We must aim to rise to that pedestal again. Ancient India contributed not only in philosophy and spirituality, it contributed in sciences, mathematics, Astronomy and every other relevant area. The objective was “welfare of one and all — Sarva Bhut Hite Ratah”. The distinguishing features of Indian tradition of knowledge generation, creation, dissemination and utilisation emerge very clearly in this book.

It pleads for restoration of respectful bonds amongst the State and intellectuals, and particularly to give school teachers their due. The author articulates his anguish and pain in the context of deterioration in quality of education, loss of the credibility of teacher education institutions, and reports on the increase of unethical instances in schools and universities. However, it also indicates how the system could be enthused with new inspiration and dynamism through a dynamic reform process.

The author firmly believes that social cohesion and religious amity are two major responsibilities before the education system. He is known to have initiated a movement to let every child be familiarised with the basics of all the religions. Children should know the commonalities and learn to respect differences wherever these exist. No rituals and dogmas are to be taken up in schools. That shall remain family responsibility. India is globally respected for its valued tradition of acceptance of diversity and presents a rare example of various religions co-existing together for ages!

It also emerges from this book that teacher preparation must be based upon the educational philosophies of Tagore, Sri Aurobindo, Swami Vivekananda, Mahatma Gandhi, and several other Indian luminaries. It is now globally recognised that every country should develop its own education system, that borrowed and transplanted systems only bring disaster and disconnect with culture, history and heritage. So finally education must be ‘rooted to culture and committed to progress’!

The neglect of right curricular approach to India’s history, heritage and culture has resulted in an unprecedented in an all round decline in values, morals and ethics. The moral crises often makes lakhs of children suffer for no fault of theirs. Leakage of board examination papers causes immeasurable misery and pain to children and families. If the system fails to prevent sale of teacher training degrees, it would be impossible to prevent quality deterioration through other means and measures. The need for creating ‘educational leadership’ at each stage hardly needs overemphasis in a system that has to respond to innumerable diverse situations. It clearly emerges that India must pay more attention to its education system, particularly to public school education system, giving due priority to teacher preparation. It would; ipso facto; enhance the quality of higher education, research and also innovations and entrepreneurship.

This book contains 97 chapter titles, spread over 314 well-printed pages. One wonders why the contents of this book were not arranged in around a dozen chapters, dealing the major issues in one place. Even in the present format, some eight to ten sections could have been created at the editing stage. This book is a significant addition to the contemporary discourse on practically every aspect of education and education system. It is full of practical experience, epistemological comprehension as also of the finer philosophical inputs wherever necessary. It could be a treasured handbook for every section; from professors of education to school teachers and concerned parents. Professor Rajput is known for his regular writings in Hindi and English, and also for lectures and talks. This book is one more instance of his commitment to educational change and transformation.