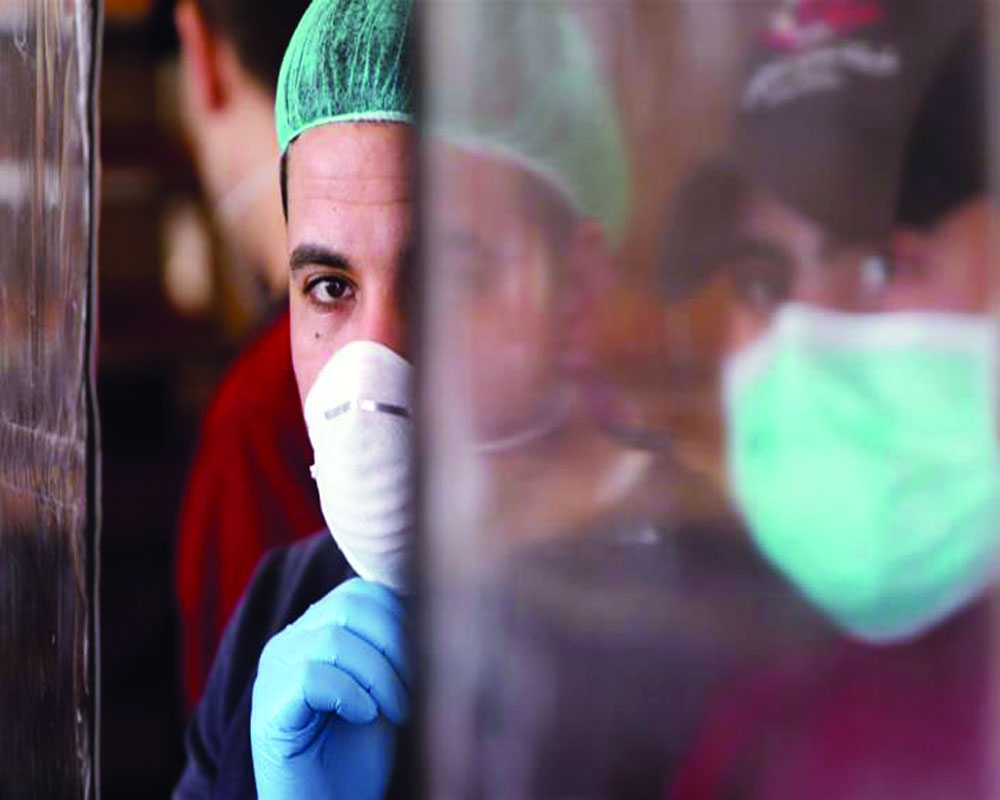 Death is destined; the cause is unimportant, says AJIT KUMAR BISHNOI as he urges people to take care of themselves instead of living in fear

Hardly anyone can claim that the threat of Corona is not affecting them, especially since the most advanced nations with the best medical facilities are the worst hit. Affect it should but not terrorise as it is happening in many cases. Why? I’ll explain.

This creation is God’s own; He is the controller. It is His responsibility that the world functions properly. It appears to me, rather I am reasonably sure that the Lord has decided that the humanity has abandoned its responsibilities towards one another, climate, etc. Therefore, God had to act and He did in a very decisive way. Only God can bring about the changes in the way we live.

What does God want? What has Him so upset? We, human beings, have been given free will for proper use. And what have we done? A lot many of us, who are reasonably well off have shown blatant disregard for others, climate etc. They are so much engrossed in unlimited sense gratification that no bar is too low for them. In spite of a very active protest by climate activists, mostly young who are rightfully protesting, world leaders have chosen to ignore their concern. These leaders seem to forget or do not realise that there is someone, who is the Master of the universe, and He has acted. We may blame someone for it, but the fact remains that it is God, who is active. And He will remain so till He has brought us to our senses. It will happen but not quite so soon. Habit changes take time. Till then, we, as individuals, must accept whatever is happening.

Yes, acceptance is the key. This is reality right now. No one can deny it. Don’t fight it; focus on protecting yourself. You are safe if you do that. It does not matter if the person you come across is infected or not, as long as you maintain your distance such that any discharge from another person cannot reach you, you should be safe, as safe as one can be. And, it is time to turn to God, who alone can give the feeling of security, because He is the controller. And as stated earlier, this will end when the Lord inspires a scientist or a group of them in finding a vaccine for it as well as drugs to cure this dreaded virus. Till then, take all the precautions, which are relevant.

Some of them are as follows. Social distancing is the bedrock on which this virus is to be avoided. Then, comes wearing masks. Wearing one is crucial but not as crucial as the one worn by the person is your close promixity, and if he or she is talking or sneezing as well. But your wearing a mask is critical for others. Therefore, everyone in public must wear a mask period. Hygiene of the highest standard should be practised. Sanitise whenever in doubt. Don’t be lazy. Similarly, trust no one; treat every stranger as a suspect.

Before I end this article, let me put the matter of death due to Corona in the proper perspective. No one is dying because of Corona; people are dying because it’s their turn to die. Death is destined; the cause is unimportant. Life span of everyone is unrelated to any current event. It is fixed at the time of birth itself. Number of deaths due to Corona is a number only, and it should not scare anyone. Do you know that deaths due to road accidents in India was down to almost zero from 400 per day in the initial lockdown period? Even death due to Corona is in low percentage of people infected by it. Intelligent people do not fear death due to Corona but avoid suffering due to getting infected by taking the necessary precautions.

And, finally I will venture my personal opinion about this virus. Since God is involved, as is evident from its scale, it is to reset the style of living of the modern man. Good people need not fear; they will gain something. Yes, bad people have something to fear, i.e. those who are harming this climate, etc; they need to reset their lives.