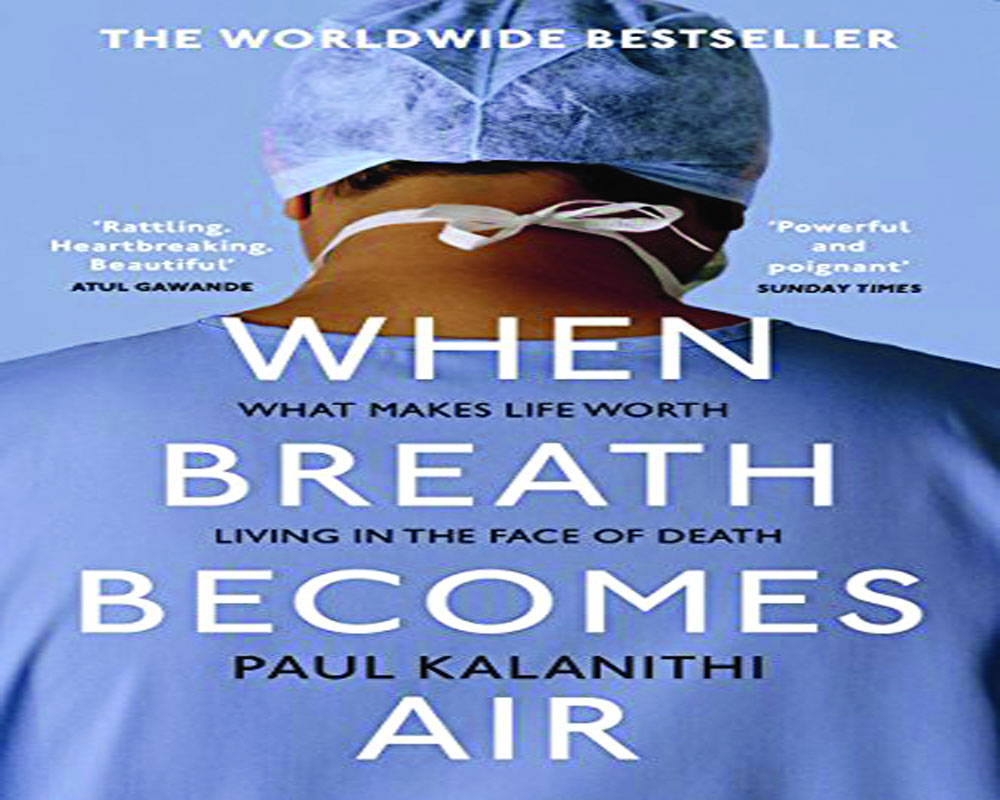 Making constructive use of time can prove to be a killer during the current pandemic, but not for a book lover, writes Neha Yadav, as she reviews and recommends a list of

So how are you holding up during the pandemic? A tough question to treat, these really are trying times for people trying to stay sane and functional during this period. As a book lover, I spent this period catching up on my reading. Sharing my impressions of the top four from my reading list:

An inherently sad book which despite its grim undertone is accidentally inspiring. It’s an emotional investment worth making.

At the age of thirty six, Paul Kalanithi, a doctor nearing the completion of his training as a neurosurgeon is diagnosed with stage four lung cancer. He goes from being a healthy individual with limitless potential ahead of him to a very sick man with an uncertain future. After the grim diagnosis, Paul struggles to answer the philosophical questions that plague him.

“The tricky part of illness is that, as you go through it, your values are constantly changing. You decide you want to spend your time working as a neurosurgeon, but two months later you may feel differently. Death may be a one time event, but living with a terminal illness is a process.” Paul never claims to have the answers, but he perseveres and fights to live.

The book will give you tremendous insights about how to live a rewarding life in the looming presence of death. When breath becomes air is his memoir for his daughter who was eight months old when he passed away.

One of my favourite moments in the book is when Paul is lying on a bed in the same hospital room where his wife is giving birth to their daughter, Cady. Cradling his child for the first time, he writes, “The possibilities of life emanated before us.”

The book opens with a heartfelt revelation and it promises to be nothing less than an absolute page turner.

“I flipped through the CT scan images, the diagnosis obvious: the lungs were matted with innumerable tumors, the spine deformed, a full lobe of the liver obliterated. Cancer, widely disseminated. I was a neurosurgical resident entering my final year of training. Over the last six years, I’d examined scores of such scans, on the off chance that some procedure might benefit the patient. But this scan was different: it was my own.” — Paul Kalanithi

Fredrik Backman is a Swedish writer who, after dropping out of college, worked as a freelancer until only a few years ago. His co-worker told him a story about an old man whose impolite outburst was calmed by his wife. Backman’s own wife told him he was like that: often difficult in social situations. Backman saw the potential for a story about a similar old man. A man he decides to call Ove.

Ove is a fifty nine year old recent widower who lashes out at his neighbours (and anybody else) when they violate his very uncompromising perception of how things ought to be. A few months after his wife passes away, he decides to kill himself, making careful preparations. But his neighbours, who vary from eccentric to entertainingly bothersome, continue to interrupt his efforts. He ultimately strikes up an unlikely and unwanted friendship with an Iranian family living next door, and slowly begins to change his mind about a number of things.

Backman shows how easy it is to become isolated and bitter in this modern world, but also how easily we can be led back to a brighter, more connected world through simple human contact and affection.

The book has already been adapted into a film in Sweden, which was also nominated for an Oscar. Definitely read the book before Hollywood decides to make a film out of this which I’m very sure they will.

This heart warming book is about the transformations we go through in life and how different events within our life affect, shape and make us who we are today. This book is all heart, go read it, you won’t regret it.

“Loving someone is like moving into a house,’ Sonja used to say. ‘At first you fall in love with all the new things, amazed every morning that all this belongs to you, as if fearing that someone would suddenly come rushing in through the door to explain that a terrible mistake had been made, you weren’t actually supposed to live in a wonderful place like this. Then over the years the walls become weathered, the wood splinters here and there, and you start to love that house not so much because of all its perfection, but rather for its imperfections. You get to know all the nooks and crannies. How to avoid getting the key caught in the lock when it’s cold outside. Which of the floorboards flex slightly when one steps on them or exactly how to open the wardrobe doors without them creaking. These are the little secrets that make it your home.” — Fredrik Backman

Notes on a nervous planet

A truly timely and important book that everyone living on this nervous planet should read. Haig’s honest and personal experiences shine through on every page and his writing is like a cup of tea and a warm blanket making you feel that no matter how crazy the world can get everything is going to be ok.

This book also addresses depression, panic attacks and how to deal with them. Or at least get better at it.

“Its all right that the world is crazy, as long as I make my little corner of the world sane.” Diane Lockhart from The Good Fight.

The above quote perfectly summarises this book. This is the sort of book that you can finish in one sitting or slowly devour it and learn a life lesson from every chapter.

There is no better time to dive into this book than right now.

The author shares his observations about today’s “nervous planet” we live on, overloaded with technology and social media connecting people all over the world, yet leaving them feeling alone. This book is even more relevant today because of everything that the world is going through.

The first half of the book is light, witty with loads of insight into tech, consumerism and media. But it’s the second half where things picked up for me. He gets down to issues and talks about ways of dealing with all the chaos that surrounds us. How distracting and numbing ourselves is the real enemy and how just being more aware can make the world and us just a tad less nervous.

“One frustration with anxiety is that it is often hard to find a reason behind it. There may be no visible threat and yet you can feel utterly terrorized.” — Matt Haig. You can also follow the author on Instagram for some daily affirmations.

Daisy Jones and the six

This is a love story rooted more in the pulp-romance genre than rock-and-roll. Given the music industry’s notorious sexism, Taylor Reid deserves credit for creating female characters who are more self-aware and determined than the foolish men around them. It’s an incredible story of a band that wanted to change the world, so they did. It’s one of those books where you check if the band was real, if the people which are in the book truly existed. It’s all very real. It’s hard to believe it’s not a biography.

One of the things I enjoyed the most about the book is the format in which it has been presented to us.

The book is a series of interview extracts and because of that we have very intriguing multiple point of views. A lot is left to the reader to decipher the situation being presented.

Set in one of the greatest eras of rock & roll, this story had everything you would want: drugs, sex, ambition, ego and talent. Although the story itself is great, the way the author chose to tell the story — as an oral history — is how this novel had me hooked. By letting the characters tell the story themselves, Reid built incredible depth to these characters.

The book has many fantastic songs, which we can only read as poetry. But the good news is that Reese Witherspoon has bought the rights to the book and is turning it into a mini series, which means the songs will come to life. Here’s hoping that Lady Gaga sings them.

My favourite quote from the book:

“I had absolutely no interest in being somebody else’s muse.

I am the somebody.

The writer is a bibliophile and communications professional based in  Singapore