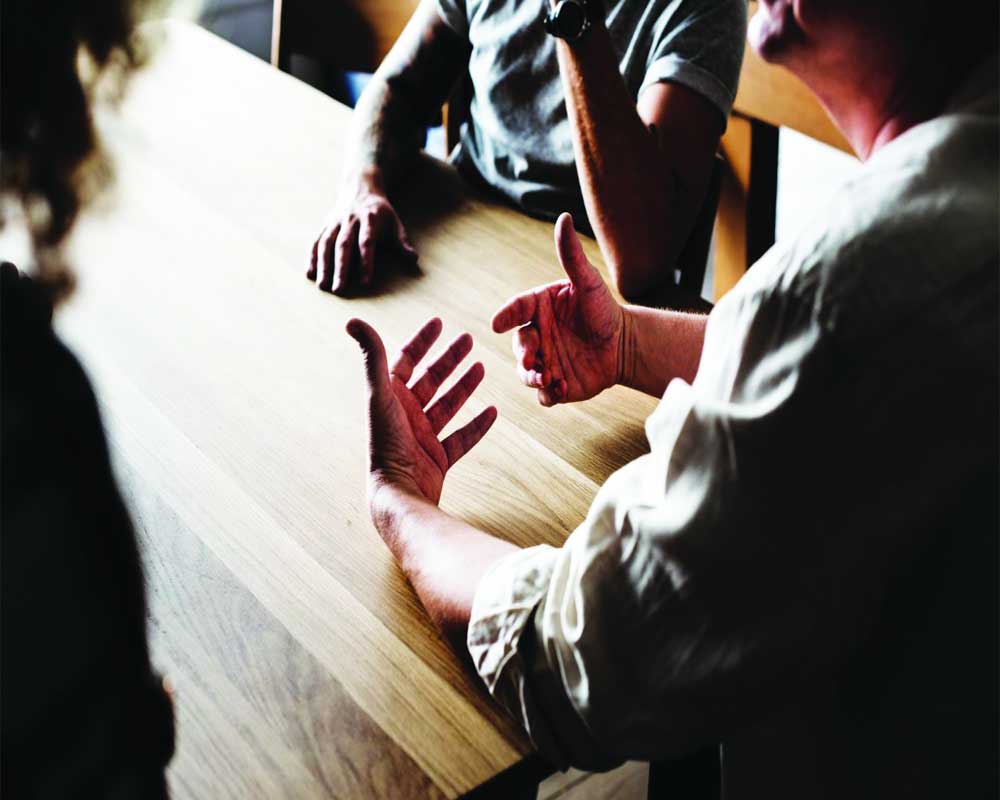 Picking up threads from the previous issue, let us now look at the prognosis of the young man’s endeavour since his session with me. He was advised to reflect upon his inner frame of mind in a meditative mode, identify the inherent fault lines, acknowledge them, and make necessary amends from the root level through fresh educative inputs. He did reflect for a while, but not in a meditative mode. In fact, he used to seek guidance on how to modify his conduct. As also, on how to relate to his parents so as to keep them in good humour. The saner side of him was then driving his thought process, as would Jupiter beneficially aligned to mind signifying Moon may mean.

He, thereafter, began consciously evading getting into unnecessary argument with his parents, unlike earlier when he would react to everything. That helped improve his relationship with parents over a period of time, but not without intermittent bouts of aggression. His habit tendencies would then temporarily overtake his thought process. But after offending them, he would regret, seek clarification on where and why he went wrong, and as advised, say sorry to mend fences. Remember, habits die hard, and would not spare you unless the thought-seeds to which they are rooted in the inner realms of mind, are resolved from the base level. That is only possible through self-reflection in meditative mode. Otherwise, when caught unguarded, the inherent tendencies will come into immediate play, and evidently to one’s detriment.

On work front, he was not contended with just his family business, which being considerably big demanded fulltime engagement. His sense of insecurity played heavy on his mind, coming as it may with the Sun placed adverse to Saturn. The trigger was, not being named a director in the company, whereas his first cousins were inducted into the board of his uncle’s company. He felt that he was being denied his due. He was afraid that because of temperamental differences with parents, he would be deprived of his legacy. It could not register in his mind that they were in fact grooming him in a way that before he was handed charge, he gets time and space to get over his attitudinal limitations, so that he could lead with prudence and patience.

The man in hurry wished to hurriedly create something of his own. True to his nature, he was toying with many entrepreneurial ventures. For, mind signifying Moon is posited in a Mercury owned sign, a planet identified with multiplicity. He was advised to take up one project at a time, take it to its logical end, stabilise it, before getting into another venture. But given his habit, he kept arguing to prove his point and won’t listen.

He tried to enter into partnership with one start-up company that was assisting him in one of his projects. But the promoters refused. That raked up his ego, as would the Sun placed adverse to Jupiter imply. He could not digest refusal and thus got trapped in his own bind. In reaction, he rushed through partnership with another start-up company that was also assisting him in his project, just with the intent to outsmart the other company. Made disproportionate investment despite stiff resistance from his associates. Later, he realised that the return he expected may take some time. He forgot that any maiden venture has to go through mean down time before giving returns. He then lost his nerves. Following which, he on the strength of money power began playing all tricks in his hand to take over the company, which met with stiff resistance from the original promoters. Eventually the partnership broke off and he lost heavily.

If all that would not be enough, he spent heavily in branding himself. His illusionary perceptions made him ignore all advice to wait till his venture took off well, as would the Sun opposite mischievous Neptune imply. Being young, he had enough time in hand for image building. But he was in a hurry to rough shoulders with the bigwigs in the Business world. In the process he went out of proportion to pay a hefty sum to become a member of an International organisation.

Now, because of economic downturn, on completion of his project, his product line is not moving on expected lines. Consequently, he is now under severe financial pressure, making it difficult to push through his product in the market.