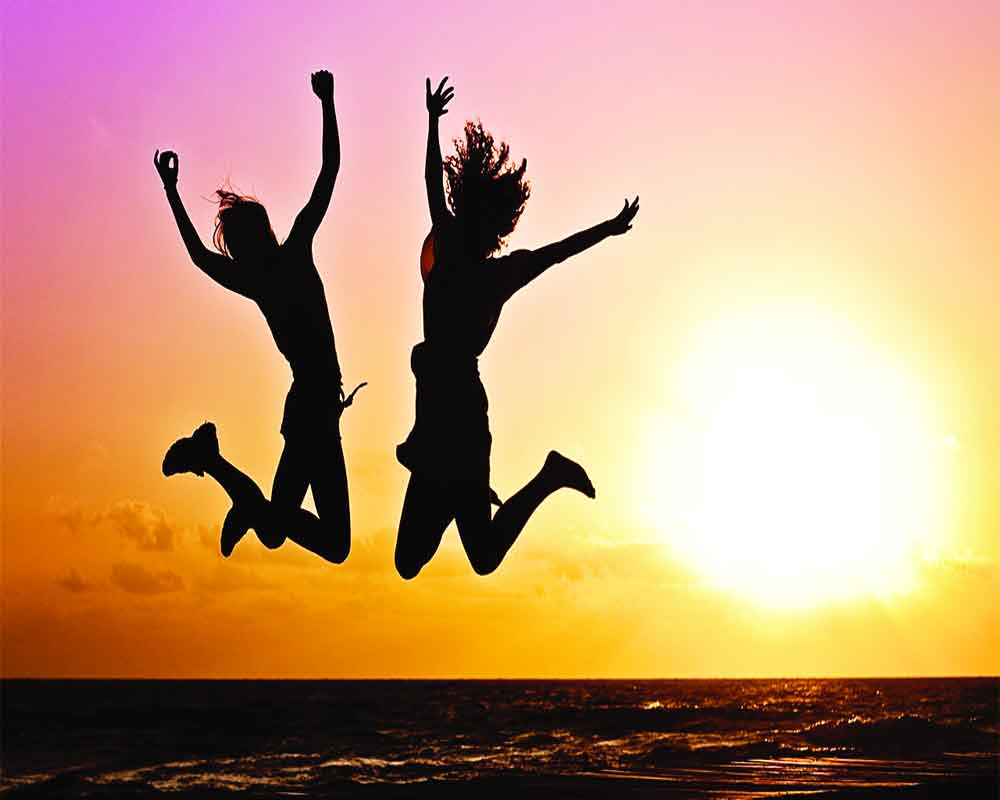 It is in our mind that we live our lives. A good mind is the only way to a “good life” and this mind needs careful cultivation, says Partho Dhang

It is possibly right that “the happiest people we find today live on Facebook”. The pleasure-filled acts, and the smiles on every face, had made this social media platform a place to take shelter when everything around seems to be crumbling. True or not, humans seek happiness and pursue it all the time. It’s a state when one fulfills one’s expectations, and craving is satisfied. Humans have linked happiness to pleasure and all efforts are being directed toward deriving pleasure to achieve this elusive happiness.

Unfortunately, this happiness never lasts. Probably because “perpetual bliss would completely undermine our will to accomplish anything at all — that’s why perfect contentment has probably been evolved out of us”. Maybe, we are programmed to be dissatisfied all the time, and this may be true as even after thousands of discourses and hundreds of books with the goal of increasing well-being, we aren’t happier.

Does this mean we do not have truly happy people or communities around us? Take the example Amish people. A community living in parts of the United States and Canada and following a traditional Christian church which dictates all aspects of their day-to-day living, including prohibitions or limitations on the use of power-line electricity, television, telephones and automobiles, as well as regulations on clothing. The Amish value rural life, manual labour, and humility, all under the auspices of living what they interpret to be their God’s word. This group, by sheer will power, has resisted the global culture. They marry in their own community and continue to have six to seven children. Between 1992 and 2017, the Amish population increased by 149 percent, a figure not recorded in any society in modern history. While the population of indigenous tribes in all continents are on a drastic decline. Amish children are found to be “obedient, content and remarkably happy”, and the reason was solely the way these children were brought up holding on to certain values. It seems simple life cues, just like in the good old days, seemed to work in their communities. They are taught to practice forgiveness by understanding that “making a mistake is not the end of the world”, and to use their own creativity to amuse themselves to avoid boredom.

Probably withdrawing membership from the modern world is one good way to open a path toward happiness. Talks on giving it all up and heading to the mountains seem a way out. It is true modernity has sent us into a depressive state, but why blame modernity? In fact, modernity has also opened countless routes to happiness. It has laid more choices in front of us than ever before. Though the drive to attain material wealth and physical pleasure remain a predominant activity for the masses as a way to happiness, a growing list of individuals are giving up their fortune and future to take to alternative living, new careers, and expressing alternative behavior to seek happiness.

Choosing to travel in car pools, living in communes, in remoteness, living as a virtual being, expressing homosexual preferences, accepting a pet as family, using crypto-currency, and thinking of life on another planet are a growing trend. Modernity provides such possibilities and opportunities with reversibility, a point toward an alternative way to happiness. In fact, individuals or communities can be happy and free from tussle if they set a boundary to their desires and guard it mindfully. Modernity is never a stumbling block in this.

Our natural state may not be mere seeking of happiness. Our natural state is possibly “being awake, aware, and feeling our feelings in their fullness”. To be in this state, it requires the willingness to feel everything, at maximum intensity. This they call it “joy of living”.

The writer is a Philippines-based Indian scientist, entrepreneur and a writer. He’s also the author of the book: Fervor to be Free — a tale of tussle between mind, body and us