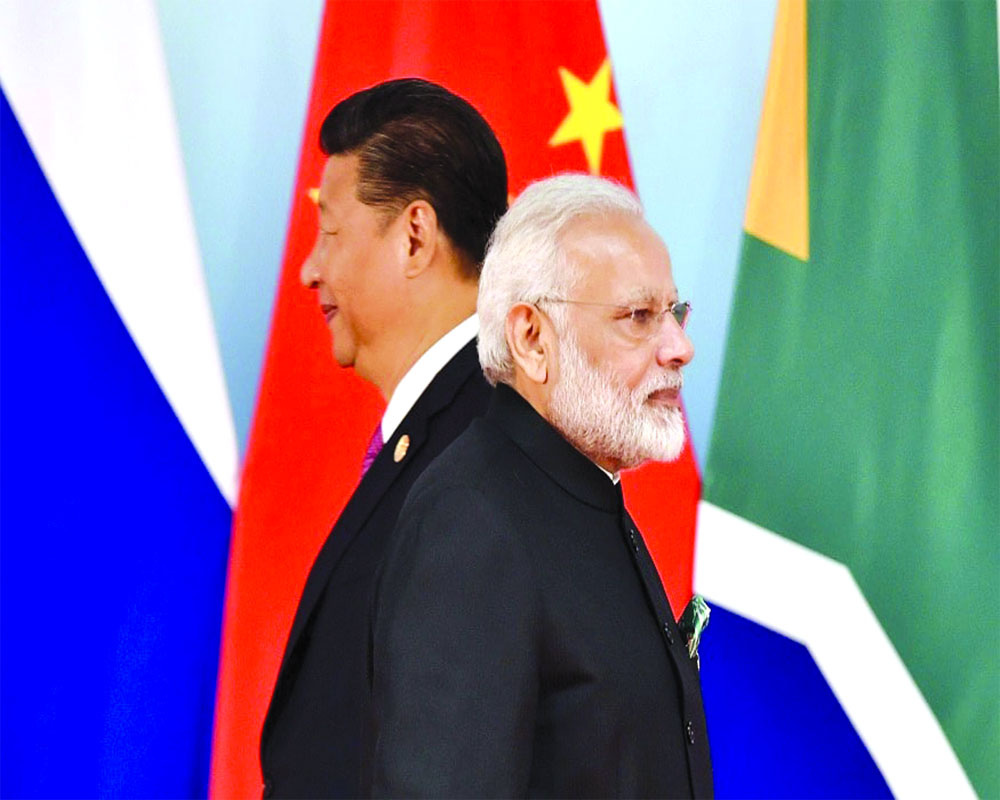 Even as the whole world is facing an unprecedented global health and humanitarian crisis with the rapid spread of Covid-19 pandemic, China sees this as an opportunity to push her geopolitical agenda. And, the same is explicitly evident in South Asia and the Indian Ocean region where China is unmistakably aiding her geopolitical agenda with humanitarian assistance. Unlike India, the Chinese approach in South Asia or in the Indian Ocean region (IOR) is neither benign nor in accordance with the principle of mutual benefits and inclusiveness. In fact, it is merely guided by China’s national interest. And, interestingly, amused with growing Chinese influence in their economic and security domains, many small countries of the region are not interested to realise the long term consequences of China’s growing clouts.  As most of the small countries of South Asia and the IOR are set to face worse economic crisis in the post Covid period, China is ready to exploit the situation for its own political, economic and strategic gains.

The recent report titled “A Global Survey of US-China Competition in the Coronavirus Era” by Hudson Institute, the USA, explicitly mentioned that China’s immediate goal in South Asia is to limit any “defiance “from India and thwart its expanding partnership with the US. China’s penetration into India’s region of influence (South Asia and IOR) is indeed a strategic loss for India. The neighbours in the Chinese debt trap are undoubtedly a potential threat for India’s security. Further, the report rightly mentioned that now China, the second largest economy in the world, is succeeding its South Asia strategy through the Belt and Road Initiative (BRI), which distributes loans and invest in large infrastructure projects across the region.

After Pakistan and Sri Lanka, now Nepal, despite some resistance from its own citizens, is preparing to plunge into Chinese debt trap. Nepal’s recent political adventure, the constitutional claim after updating the country’s map without historical facts and evidence, is merely a conspiracy by ruling political party to ignite the anti-India sentiments for immediate domestic political gains and to appease China. Certainly, it will not be prudent to blame India’s neighbourhood policy for such a muddle in the Indo-Nepal bilateral ties.

The small countries of the region such as Sri Lanka, Nepal, and Maldives choose to prefer “omni directional friendship with shifting tilts” where ruling party or parties and their leaderships primarily determine the direction of the tilts. The change of guards in Sri Lanka and Maldives in 2015 and 2018 respectively assured the curtailment of Chinese influence in their respective countries. The ouster of the pro-China Mahinda Rajapaska Government in Sri Lanka in 2015 and the Abdullah Yameen Government in Maldives in 2018 was sighing of relief for India; while to India’s chagrin, KP Oli returned as Prime Minister of Nepal in 2018.

India, China’s jostle for influence in the region is continued during pandemic also, although, means and intentions are not the same. Yet, mid of the Covid-19 crisis, India has scaled up its diplomatic outreach and humanitarian assistance in the most part of the world, including South Asia and the IOR. Prime Minister Narendra Modi’s initiative to create an emergency Covid-19 fund for SAARC countries, India’s Covid medical diplomacy and the Indian Army and Navy’s initiatives to help the neighbouring countries to deal with the growing numbers of coronavirus cases in such an unprecedented situation at domestic front, must be appreciated. India’s Covid medical diplomacy is not only about export of medicine, but also includes online training programme for the officials of health-care professionals of SAARC countries and dispatch of the teams of military doctors to Maldives, Nepal and Kuwait. India supplied medicine, both on commercial and the grant basis, to more than 100 countries. But immediate neighbourhood remains the key priority for India as it supplied the medicine to immediate neighbours by Indian aircraft and Air force flights and to others by commercial couriers.

For India, Covid-19 pandemic is an occasion to coordinate, cooperate and lend assistance to smaller neighbours to fight against pandemic and create greater impact in the long term. Medical diplomacy has emerged as an effective tool of India’s Covid diplomacy, and certainly enhancing India’s goodwill with many countries. But China is not behind; during the Covid pandemic, China is enhancing its influence in the region by providing medical hardware and other assistance to smaller countries of the region. China, which has already made her potent presence in the region through various means such as economy, trade, defence and soft power, is now ready to neutralise the Indian efforts in her immediate neighbourhood. And, undoubtedly, this is one of the key reasons why despite the good intension and approach India’s neighbourhood first policy has not been much successful in last decades to meet the expectations.

How to manage China’s rising profile in South Asia in the post-Covid period will certainly be an uphill task for India. However, it was never an easy task for any extra regional powers to dominate the periphery of any regional power; advantage of geography blends with good neighbourhood policy might help India to balance China in the region. Although, under the leadership of Prime Minister Narendra Modi, to regain its influence in the region India is making all efforts to engage neighbours more meaningfully, but the situation demands some extra efforts and calibrations. Finding ways to correct the past mistakes in the neighbourhood policy is one of the most daunting tasks for India’s foreign policy makers.

In the neighbourhood, India needs to embrace the logic of economic interdependence and ensure the timely completion of ongoing connectivity and development projects. During his six years of tenure, Prime Minister Narendra Modi visited all neighbouring countries and ensured satisfactory progress on political, diplomatic as well as physical connectivity fronts. New Delhi seems determined to connect eastern neighbours through BBIN (Bangladesh, Bhutan, India, and Nepal) sub-regional initiative and with the construction of more than 10 new check points to facilitate trade and movement of vehicles along the borders of eastern neighbours: Nepal, Bhutan, Bangladesh and Myanmar. Complaining against Chinese economic influence in the neighbouring countries and China-linked security concerns in India’s vicinity, intangible or tangible, is indeed a futile exercise. However, India should avoid the habit of downplaying China-related security concerns in South Asian water. The China’s base and port strategy in South Asian littoral states or in the IOR or presence of Chinese submarines in the Andaman water are definitely not only to serve the China’s commercial interest. To balance China in South Asian water or in the IOR, beside the capacity building and capacity enhancement, with or without Quad India should not hesitate in engaging the US and other like-minded major and middle powers in the region, especially in the vicinity of the Arabian Sea and the Bay of Bengal.

(The writers are Delhi-based International relations and foreign policy analysts)