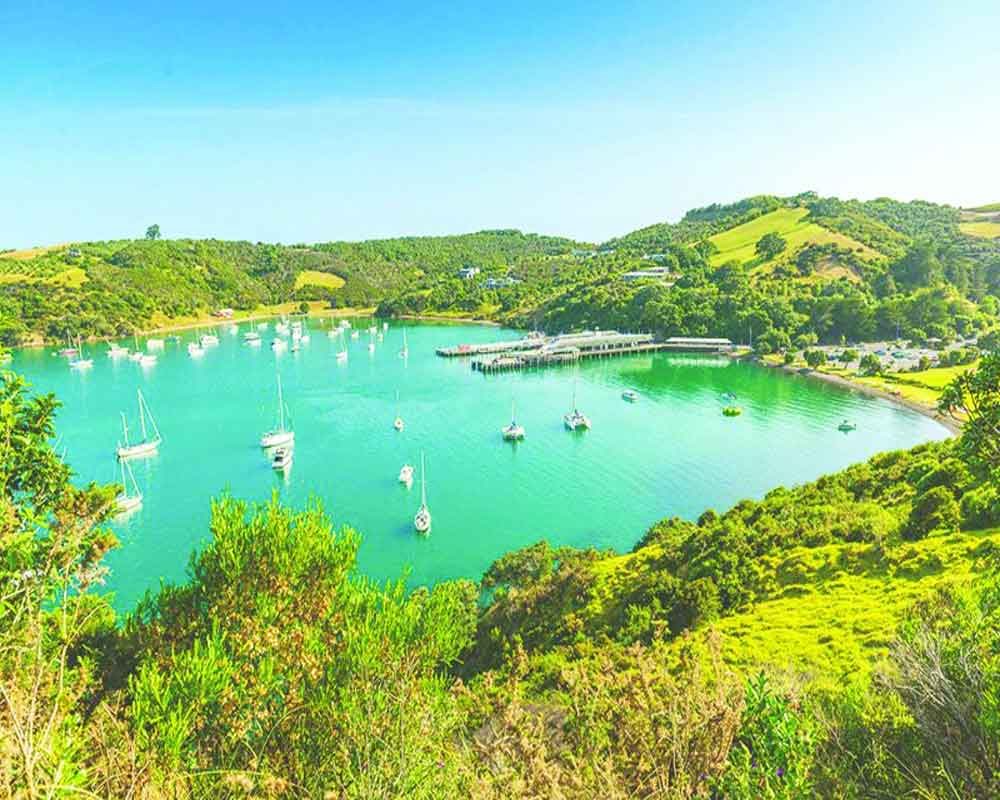 With reduced visa processing time and new tourist partners, this island nation kissing the Antarctic makes for a must-visit due to its Maori culture and picturesque landscape, says SHALINI SAKSENA

We may be two down in the ongoing India versus New Zealand ODI series hosted by the latter but the one bright spot is that we gave them a drubbing in the T20 and beat them 5-0. While we don’t know how the Men in Blue will perform in the Test Matches, it doesn’t mean that we can look past the beautiful and picturesque locales where Team India is playing. Most of us would want to be away from the daily grunge of work and roam the streets of the Wellington, Auckland or Hamilton. If you have missed an opportunity this time round, the upcoming T20 World Cup being hosted by Australia is the perfect chance to not only watch your team compete and win but also go on to experience the diverse culture and beautiful places in New Zealand.

There are reasons why visiting Kiwiland is so much easier now. First, Tourism New Zealand has announced its new campaign creative — Good Morning World, Second, expansion of Tourism Industry Partnership (TIP) for quicker visitor visa application processing. Now Indians wanting to visit NZ don’t have to wait for 15 days as was customary. The time has been reduced to seven days. This means that Indians who are famous for making last-minute bookings can now take advantage of this. The Indian leisure travellers will benefit from a more streamlined visa service with a faster processing time.

The success of the TIP programme can be gauged from the fact that the programme that was launched in November 2014 was valid only for incentive visas in the first year and a total of 876 applications were processed. Last year, June 2018-July 2019, 5,492 applications (which included incentive and leisure visas) were processed under the partnership which is a positive 627 per cent increase compared to the first year.

Venessa Chen, regional consumer marketing manager, Asia, Tourism New Zealand speaking at the launch of the campaign said: “In Maori culture, dawn is a significant time of the day — every dawn, we celebrate life and new beginnings. With each morning, we acknowledge its potential. The Good Morning World content series, which is part of a global brand marketing initiative, aims to share the warmth of the people while showcasing the stunning landscape and activities visitors can enjoy. The series is a unique way to highlight the warm and welcoming nature of NZ people. We want to encourage Indian travellers to visit the country as we open our hearts and homes to the world and welcome them to an unforgettable experience in New Zealand.”

She tells you that unlike some travellers in other countries plan and book coming to NZ at least a year in advance, for Indians, it is always last minute. The TIP with three more additions to the list taking the total to seven partners in all.  Marcelle Foley, Head of Operations Immigration New Zealand commenting on the partnership said: “INZ is pleased with the success of the TIP programme over the last five years. This is a positive development to extend our partnership and include an increasing number of travel agents.”

Chen tells you that India and NZ share a great bond. “We have a great bond that has grown over the years and continues to have. There are a lot of similarities that the two countries share; both are great hosts. This is probably one of the key reasons why the country has become a popular destination for Indian traveller,” Chen says.

Through an Instagram video on its social platform, New Zealand cricketers Mitchell McClenaghan and Colin Munro shared their experience while playing New Zealand backyard cricket, their own form of Indian gully cricket, at Waiheke island in Auckland.

Steven Dixon, Regional Trade Marketing Manager, Asia, Tourism New Zealand on a live web chat tells you that there are certain parts of NZ that sees more visitors from around the world than other parts of the country, however they are not at a point where there is over tourism. “We want to encourage tourists to go outside of popular destinations and see places that are not outside of the main destinations. From the numbers point of view, we till get only one international traveller per 100 NZ. But its really important that we have the infrastructure in place for experience for future generations.”