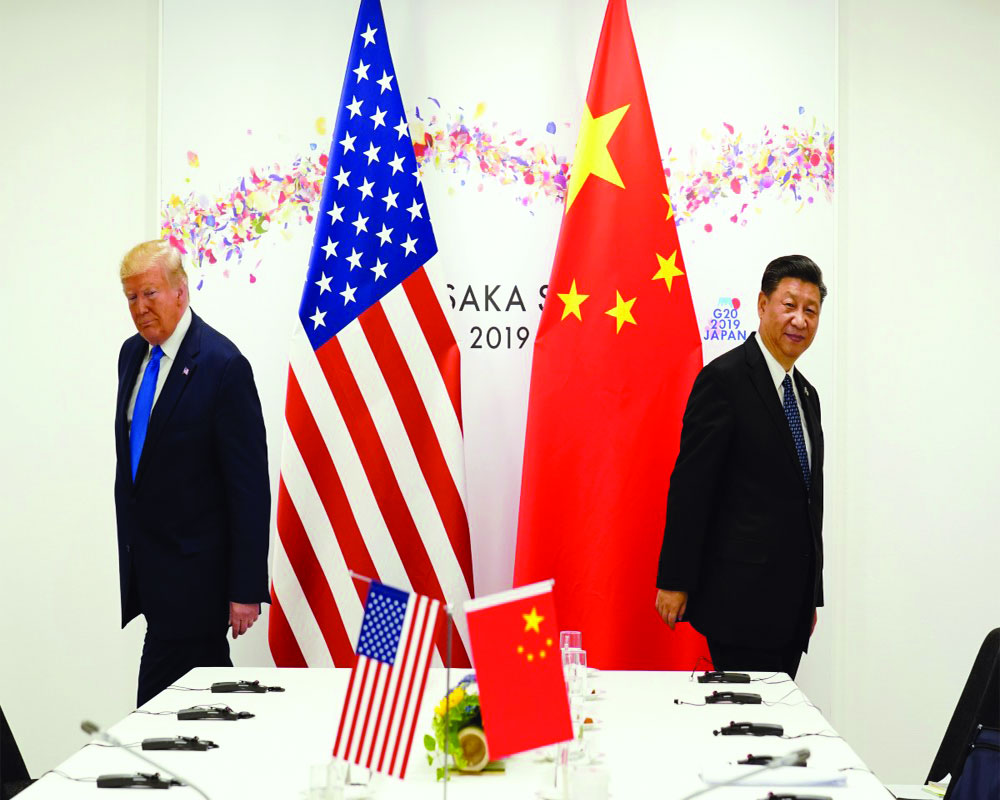 The rising demand for independent investigation is the first step to address the lack of international accountability and transparency flowing from China, says Dr Ashutosh Misra, as he studies the world reactions to the pandemic

As the Covid-19 curve and economic graph headed in opposite directions, by mid-March, exasperation and helplessness of the world turned into anger against China. It is unlikely that China would get away unscathed from the crisis. The world is angry. Very angry!

American physician Antony Fauci was the first to pull up China for deceiving the world by providing “misinformation” on a critical matter of global public-health importance. The US President Donald Trump called it a “Chinese virus”, and now Secretary of State Mike Pompeo says there are “strong evidence” that the virus originated from a Wuhan lab. Trump has also ceased funding to the World Health Organisation (WHO) for its alleged role in downplaying the seriousness of the pandemic, allegedly at China’s behest.

Italy, Germany, France and United Kingdom have suffered exponentially from the virus onslaught. British Prime Minister Boris Johnson barely escaped with his life in the hospital after contracting the virus. Much of the industrialised capitalist economies across retail, education, entertainment, hospitality and education sectors face a doomsday scenario. Over 50 of the top US multinationals including Apple, Nintendo, Dell and HP are downsizing their China operations. Japan has set aside over $2 billion to help Japanese multinationals to relocate or return home. Over 100 German firms, and Korean giants Samsung, Hyundai and Kia are all relocating.

Spain, Turkey, Slovakia, India and the Netherlands among others are furious over the supply of faulty personal protective equipment from China. If Boris Johnson warned of ramifications for China, the French President Emmanuel Macron summoned the Chinese envoy to register his anger and German Chancellor Angela Merkel joined the US and British calls for an official investigation saying, “the more transparent China is about the origins of Covid-19, the better it will be for the world”. So much so, even a middle power Australia, with a two-way A$238 bn trade and free trade pact, has demanded an independent investigation or review into the origins and spread of Covid-19, with the support of “like-minded” nations in the G-20 like the US, Canada, France, Germany and UK.

Australia’s demand symbolises a long-running pushback from liberal democracies against China’s ‘sharp power’ that is, influence operations in their internal affairs and call for a rule-based and transparent global order. Sovereign interests have now gained ascendancy over business interests.

Alarm had set off in Canberra in mid-December 2017 when the Australian Labour Party Senator, Sam Dastyari, resigned over his dealings with the Beijing-linked billionaire Huan Xiangmo, who reportedly paid Dastyari’s legal bill and donated $1.8 million for the Australia China Relations Institute at the University of Technology Sydney, and around $500,000 to the New South Wales Labour Party. The expose triggered the Australian Secret Intelligence Organisation’s raids across the country, prompting former PM Malcolm Turnbull and Attorney General George Brandis to introduce the Foreign Interference Bill, passed in 2018, carrying strict penalties for spies and political gents for espionage. ASIO claims Chinese spies were being groomed in Australia to penetrate the federal parliament to influence policy-making, something a Chinese intelligence officer now seeking asylum in Australia also testified.

The demand for independent investigation is the first step to address the lack of international accountability and transparency flowing from China’s one-party authoritarian system. Frances Adamson, Secretary Department of Foreign Affairs and Trade remarked that  “…differences on systems and values will endure”, and Scott Morrison called it “entirely reasonable and sensible” to ask for an international inquiry.

The Chinese Communist Party-controlled Global Times labelled it as “panda bashing” and warned, “It is a crusade against China and Chinese people by Australia… and Canberra is treading a hazardous path with no u-turn”. The Chinese Ambassador to Australia Cheng Jingye also issued a veiled warning for economic consequences, which Australia has called a “threat of economic coercion”.

Upping the ante, Chinese Counsel Long Zhou in Victoria, aided by Australian billionaire Andrew Forest’s invitation, also gate crashed a press conference of the Australian Health Minister Greg Hunt, to dismiss Australia’s demand and praise China’s anti-Covid-19 response. The act has drawn a severe political backlash in Australia, with Simon Birmingham, Minister for Trade, Tourism and Investment  firing back saying, “Australia won’t change its policy position on public health due to economic coercion or threats, and must look into alternative markets in the European Union and India”.

In the Covid-19 aftermath, Henry Kissinger has thrown his weight behind preserving the liberal order and Fareed Zakaria identified values, individual rights and transparency as the key to shaping the post-Covid world order. For India’s global leadership, opportunities are enormous on the horizon. As the pushback from liberal democracies gathers steam India will need to stick its neck out. The Doklam crisis had symbolised India’s newfound resoluteness vis-à-vis China, and now as the angry world folds its sleeves to constitute an international investigation, fence-sitting may cost India key support in the international arena.

As Indian Prime Minister Narendra Modi and Scott Morrison prepare for the virtual summit to formalise the Mutual Logistics Sharing Pact and a joint front against Covid-19, India will do well to recall Australia’s help in getting the Nuclear Supplies Group waiver to materialise uranium supplies, and boosting its UN Security Council candidature. India must rally behind Australia’s demand for an independent investigation. If over 4 million cases of Covid-19 including 270,000 plus deaths and inestimable loss to the world economies cannot awaken liberal democracies, there is no hope for redemption for us all.

The writer is CEO, Institute for Australia India Engagement, Brisbane