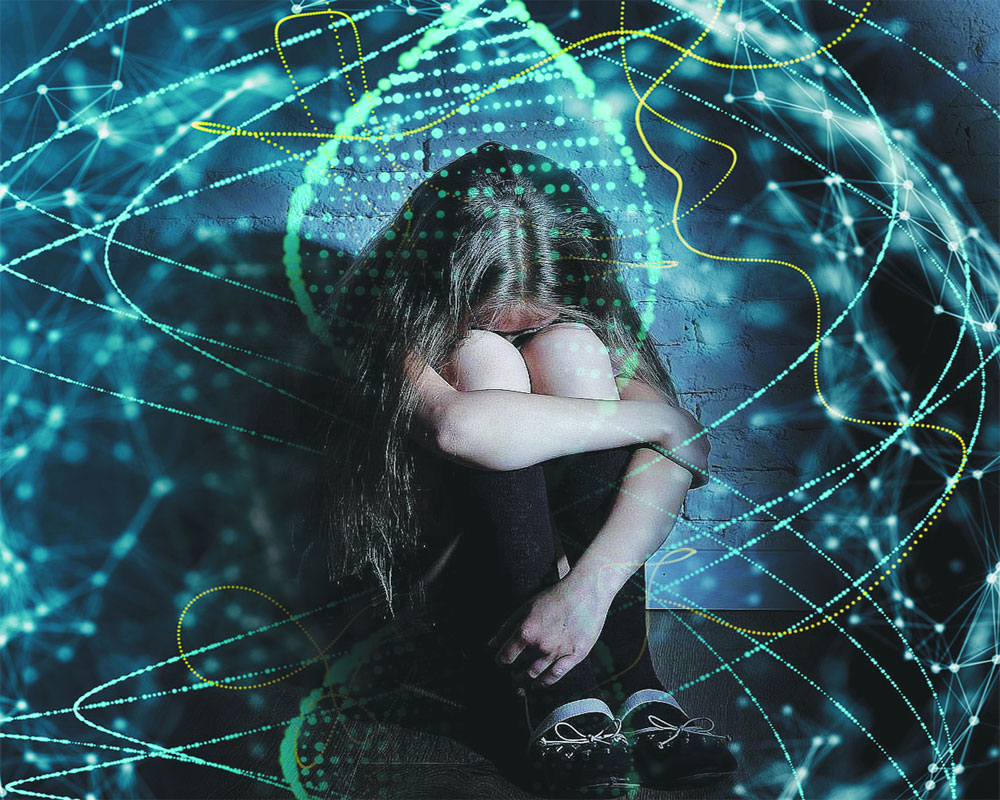 There have been several cases of rape survivors turning hostile during trial, mostly due to social stigma and family pressure. However, justice is now being delivered despite such hiccups, thanks to the increased use of DNA evidence. SHALINI SAKSENA and MUSBA HASHMI tell you more

But there is hope for rape survivors in getting justice. In the last six months, several cases of rape committed against minors have been expedited in courts because the Judiciary is now treating forensic DNA testing results as conclusive evidence. This a step in the right direction given that there has been a surge in cases of sexual violence against children, especially during the COVID-19-triggered lockdown since March 25, 2020. More so, because courts see survivors and their families turn hostile during the trial. This pattern is particularly true in cases of sexual assault under the Protection of Children from Sexual Offences (POCSO) Act 2012.

Chandra Suman, Child Rights Lawyer says that forensic DNA testing is an appreciable step. However, the report itself takes a minimum of six months to come, if not more. “In the last six years, I have handled more than 500 rape cases under the POCSO Act. If you go back a-year-and-a-half, DNA reports take almost two years to come. In such circumstances, where a DNA test report holds maximum importance, this delay can act as a setback. In the last year, in 30 per cent cases the time a report takes has considerably decreased to six months. Also, in sexual offences, there is a trial limit of a year, but if the report takes such a long time to come, the rest goes unsaid,” he tells you.

The delay, he says, is because of multiple reasons. First, the survivor is warned by the doctors to not go through the test. They are told that the test can leave them with some internal injuries and they can even become infertile. Sometimes the policemen ask the survivor to avoid going through such tests in order to save their image in the society. It can be because of the family pressure. Second, even if the DNA test is done, the sample remains unattended. Ideally, a day after the test, the DNA sample should reach the special labs. However, this happens rarely. It is seen that mostly, the sample keeps lying in police offices for around a month. During this time, it petrifies due to improper storage, leading to no clear results.

To rely on DNA testing for speedy action, the work should be done from the grassroot level. “The police/crime team should consider collecting the samples in a timely manner and make sure they reach the lab on time too. The staff should be trained to deal with the sensitivity of the samples. The capacity of labs should be increased and more experts hired for this,” he says.

Advocate Siddh Vidya says DNA testing has a major role to play. It is a scientific evidence that can corroborate the survivor’s oral evidence. “As per the law, the survivor’s verbal evidence in court is sufficient to punish offenders but, at times, it comes with limitations. There have been instances where the survivor’s memory starts to fade. In such circumstances, the defence lawyers manage to confuse them during cross-examination and make their statement appear to be contradictory or false. There have also been cases where the rape survivor has turned hostile during the trial, perhaps due to fear of social stigma and under family pressure. On many occasions, due to the absence of corroborative evidence, courts take a reluctant approach while punishing the offenders. While such an approach can’t be called totally unjustifiable, in such a situation, DNA evidence has a major role to play as it is considered authentic and substantive. The good part is that courts have taken a positive outlook towards DNA reports and it has considered this to be enough for securing conviction for accused,” Vidya says.

Dr Indrajit Khandekar, a known forensic consultant and associate professor, Department of Forensic Medicine & Toxicology, Kasturba Hospital, Sevagram, Wardha, tells you that DNA testing as evidence in rapes cases has been in place for some time. It was a PIL back in 2010 with Maharashtra High Court which started it all. It stated that if the police machinery was not taking the help of DNA testing as evidence and that there was need for guidelines to make forensic DNA testing mandatory, provided that evidence is there (semen was found in testing).

“In May 2013, guidelines were placed by the Maharasthra Government. In March 2014, the Centre put in guidelines making DNA evidence compulsory in rape cases. Since then, all cases that have come my way, in Wardha, have requested for DNA testing,” Khandekar tells you. What is even better is that while initially DNA testing was only in cases of rapes women over 18, the new guidelines also apply to POCSO Act.

“This is a positive move given that there are cases where small children are victims and are unable to explain what actually transpired. Also, cases in India take a long time and memory fades and defence lawyers take advantage and the accused goes scot-free. But if the DNA evidence matches, the accused will be behind bars. There are cases that involve date rape. Here, too DNA evidence can be used,” Khandekar says.

He tells you that initially, though doctors were collecting samples from rape survivors, DNA evidence was not analysed. Forensic science labs were only blood grouping and said that there was semen evidence and writing blood group. “We all know that many people can have the same blood group. Also, the police while sending the sample never asked questions. Today, they put a request: If there is a semen stain, do a DNA forensic testing. Also, what has changed is that unlike the past where one had to take permission from the accused for a DNA sample, it is not so now. According to the Sec 53 of the CrPC, the police can per force take the sample of the ‘arrested person’,” Khandekar shares.

A point to keep in mind is that that one must not mix investigative proceeding with court proceedings, says Supreme Court senior advocate Vivek Sood. “DNA testing is part of the investigative process. It doesn’t really involve the court. However, the law has been amended and reasonable force can be used to extract the DNA profile of the accused here he refuses to give the sample. Here the investigative agency can move an application before the court to seek an order directing the accused to give his DNA. Once the DNA evidence has been collected it goes before the court,” Sood say who has been practicing since 1992.

What this translate into is that before the law was amended, one could not use reasonable force. “This has changed. Once the DNA is lifted and it matches the survivor, then it is fool-proof evidence that the accused committed rape. For example, if from the clothes or private parts of the survivor, the DNA is found, it is credible scientific evidence. There are stipulations that come,” Sood says.

According to him, there is nothing absolute in law. “Near conclusive means that it is authentic. If the survivor alleges that she was raped by an unknown accused, in say darkness, this is blind case where the survivor can’t identify the perpetrator. The DNA from the survivor is lifted and kept frozen for years. And, as an when a suspect is caught and it matches, it is near conclusive. And therefore, making DNA testing mandatory is revolutionary,” Sood says.

Tim Schellberg, president of Gordon Thomas Honeywell-Governmental Affairs (GTH-GA), tells you that the significant rise in DNA testing in India can be all tied to awareness. The public and policy makers are demanding it. “When a rape occurs, DNA is almost always left behind at the crime scene. Now that the survivors and their families are educated about DNA, they are asking the police to take the DNA and demanding that Government test cases to serve justice. The police are more aware as well. As a result, the police are encouraging the collection of DNA. The Government is more aware too. They realise that DNA is the answer to reduce sexual assault and other crimes,” Schellberg says. The GTH-GA focuses on providing policy, legislative and legal information regarding forensic DNA to crime labs, police and Government policy makers that are interested in establishing or expanding their forensic DNA programmes.

Interestingly, the company had conducted a study that highlighted that forensic DNA represents truth.  With one simple test, it can determine who was at the crime scene and therefore who committed the crime. Also, it can quickly exonerate innocent suspects. By having robust DNA programmes, the police can quickly determine who committed the crime and save valuable time by not questioning and arresting innocent people.

“India needs DNA.  Like the US, India has a crime problem, especially a sexual assault problem. To show the world that it is serious about crime, India should also have the best tool to fight crime, which is a strong DNA programme and database. Until India collects DNA routinely from all violent crime scenes and tests that evidence quickly, it will be ignoring the best crime control programme to ever exist. If 58 countries already do this, India can too,” Schellberg says.

For Sood, the way forward to ensure a high conviction rate, lies in spreading awareness at all levels. “It is not just the common man who needs to know about the importance of DNA testing, but there is need to sensitise the agencies involved as well. We need to train people and create awareness in courts. There should be some kind of manual or a hand-out that says that there is need for DNA testing so that it becomes part of standard operating procedure when it comes dealing with rape cases,” Sood says.

Over the last couple of years, we have seen a noticeable improvement in the quality of investigations with extensive use of advanced forensic technologies. In Gujarat , there has been a remarkable increase in DNA casework across categories of crime, including sexual offenses. Increasing awareness and growing confidence in collection  and handling of forensic DNA material is evident in police investigations being able to withstand judicial scrutiny in sensitive cases

As per the NCRB report, in 2018, every fourth rape victim across the country was a minor and in almost 95% cases, the offender was known to the victim. These statistics show the vulnerability of children to sexual predators and explain why survivors are pressured by their family to turn hostile. This is the gap that forensic DNA technology is addressing. Top-notch investigations in sexual crimes against women and children remain a priority for Delhi Police even during this pandemic and we’re taking steps to equip the force with the training and resources for proper collection, handling and transp­ortation of DNA samples in all such cases.

When rape survivors are children, we require evidence to prove the crime beyond reasonable doubt. There are a few ways to do this. One of them is CCTV camera. Second, if the child has some STD. Third, injuries that are disproportionate and unnatural. Fourth, is DNA. Today, DNA testing is considered as conclusive evidence. But one has to ensure that it is not planted or contaminated and the custody is properly maintained.