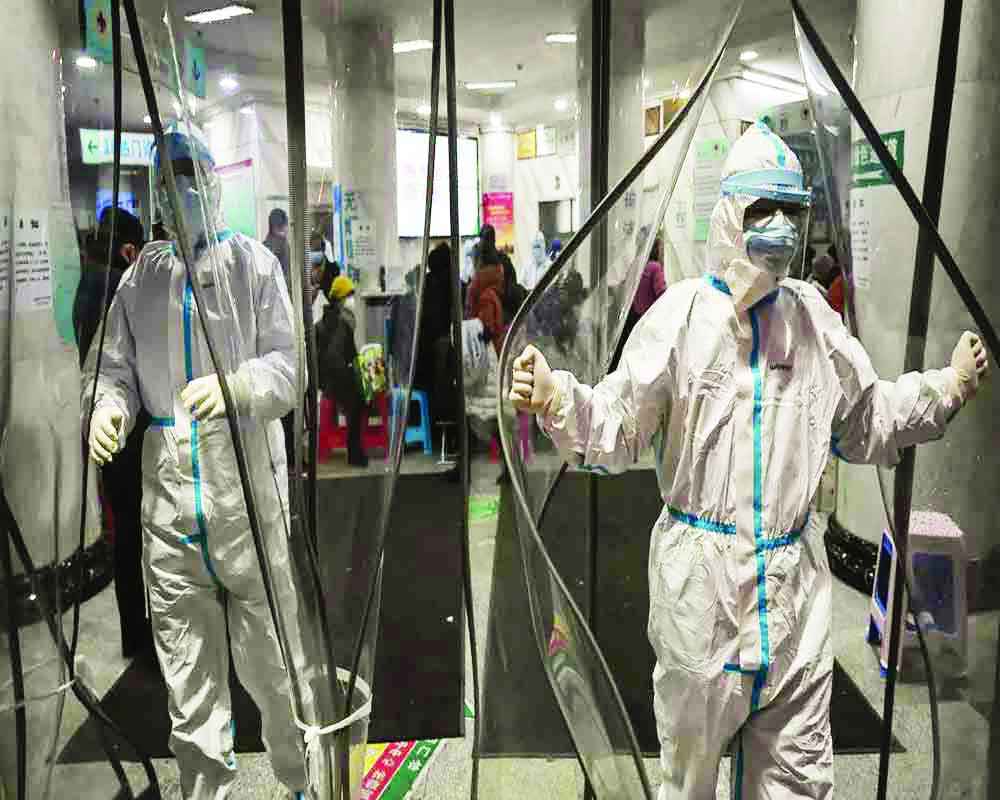 Given the stark disparities between various socio-economic groups and power status of its residents, Delhi is a microcosm of the complexities that abound in India which make implementation of plans during a pandemic a steep climb

In early June, the Delhi government laid out an impeccable plan to increase hospital bed capacity to treat Covid patients. It proposed to increase the numbers of beds in private hospitals and transform banquet halls in hotels and community centres in to Covid recovery centres while linking them to hospitals in the vicinity. At that time there were only 3,200 hospital beds in the city available to treat 29,943 Covid patients and Delhi desperately needed more beds.

To a large extent it is understandable why the implementation of Delhi’s plan would be fraught with challenges. These are indeed unprecedented times and we are all learning how to cope. Also, given the stark disparities between various socio-economic groups and power status of its residents, Delhi is a microcosm of the complexities that abound in India which make implementation of ambitious plans during a pandemic a steep climb. But the challenges to the plan also came from other sources, a few of which are as follows.

First, there is a serious problem of poor data culture within a preposterous top down organisational structure operating the management of the pandemic in the capital city. This damages the vital communication flow of the organisation’s operations. The poor quality of health data is a symptom of the overrun public health system. Data about the prevalence and spread of the virus in communities, capacity and utilisation of medical infrastructure, triggers for behaviour change amongst patients, lends itself to effective policy to help curb the pandemic. Further, in the Delhi administration the top bosses have a vision but — unlike say in Mumbai — they are not directly at work on the ground. Their vision is instead passed down to subsequent levels in the hierarchy, which is often lost in Chinese whispers by the time it reaches their minions on the ground.

The implications of the loss in the reversed flow of information is perhaps even more hazardous, as minions at times give false or tampered evidence of Covid preparedness to the top bosses. The top down approach is further perpetuated by junior government officials on to daily wage workers and labour on site, in ways I have yet to see in other cities.

The perils of working without data is the reliance on poor anecdotal evidence. In a top heavy bureaucracy, anecdotal evidence can be easily tampered by staff on the ground who pass on only the ‘good news’ to the bosses. For instance the same set of beds would shockingly be moved around from one hall to another, each time captured for photographic evidence to send to the top bosses. These bosses are so removed from the ground reality that there is a slim chance that they would ever discover the truth.

A second major challenge is mismanagement. Parts of the plan of linking the temporary facilities to neighbouring hospitals remains only on paper. Despite the rise in Covid cases, the empty beds for Covid patients has been much in the news. The much celebrated 10,000-bed Covid facility at the Radha Soami Satsang Beas in Delhi received 20 patients on the first day of its opening on July 5, and until July 15 only about 200 patients were being treated there. The two 100-bed Covid recovery facilities in Delhi that we set up over the last two weeks in banquet halls in Kapashera and Sinkhole areas in Delhi, are yet to be equipped with health care workers and oxygen cylinders from the hospital it is supposedly attached to. Sadly, it is also well-known that there have been a few cases of rape and sexual assault upon patients in temporary Covid care facilities in Delhi alone. The reason for this abject mismanagement is not just the obvious lack of healthcare staff such as nurses, doctors, paramedics to run these spaces, but also a glaring gap in know-how and planning of operations. Overcapacity of temporary beds is not a sign of preparedness, it instead points to the lack of planning besides a waste of resources.

On the other hand, Delhi government’s promotion of home quarantine of asymptomatic Covid patients or of those who had mild symptoms, has been particularly successful in the city’s fight against Covid. This meant that patients could recover in the comfort and security of their homes. This also led to less fear amongst people of testing Covid-positive. People were less likely to hide positive test results. However, the lack of randomised testing in most parts of the country including the national capital has obviously led to a large section of this category of patients mingling with the rest of the population unchecked and under no quarantine.

Yet overall it has been nothing short of a war waged with full might by India’s capital city against the virus, with military style hierarchy and immaculate planning that was much abandoned in the throes of the fight.

It was not just the government in Delhi, but the city’s business houses such as Bharti Airtel, JSPL, DLF who also led from the front to distribute food, PPE kits, or funds to help in ways they could. The civil society such as the Population Foundation of India and prominent NGOs in the city such as Sa-laam Balak Trust stepped in to the fight as well, each working in their domain of expertise. The method in the madness has shown good results. According to data shared by the Delhi government, between July and August, the total active cases of Covid-19 in Delhi came down from 27,007 to 10,207 — a reduction of over 2.5 times. Delhi’s daily active cases continues to be on a downward curve.

A good war strategy would be to not lose caution, and leverage this breathing time to build data and analysis around Covid cases in Delhi. Delhi has already initiated a second serological (sero) survey across the 11 districts of the capital to estimate the percentage of the population that could have developed antibodies against the novel coronavirus. Not everyone will be tested, therefore it will not be clear how many people in the population are infected but the results will be indicative of the spread within specific communities.

The plan so far is for the Delhi government to conduct a similar sero survey during the first five days of every month. Indeed repeated sero surveys across different areas will help to estimate the spread of Covid in different communities in Delhi. It will also help in making government action to control Covid in Delhi less dependent on random anecdotal evidence, more data driven, and therefore far more effective.

However the sero survey in Delhi due this month is already delayed by ten days. So once again the data culture and ability to implement ambitious plans made by the Delhi administration remains con-tentious.

The writer is CEO of Sustain Labs and Adjunct Professor at SciencesPo Paris. She is also a columnist and author of the 2019 bestseller Indian Instincts — essays on freedom and equality in India