Talktime | ‘A lot of my films were shelved’

Talktime | ‘A lot of my films were shelved’ 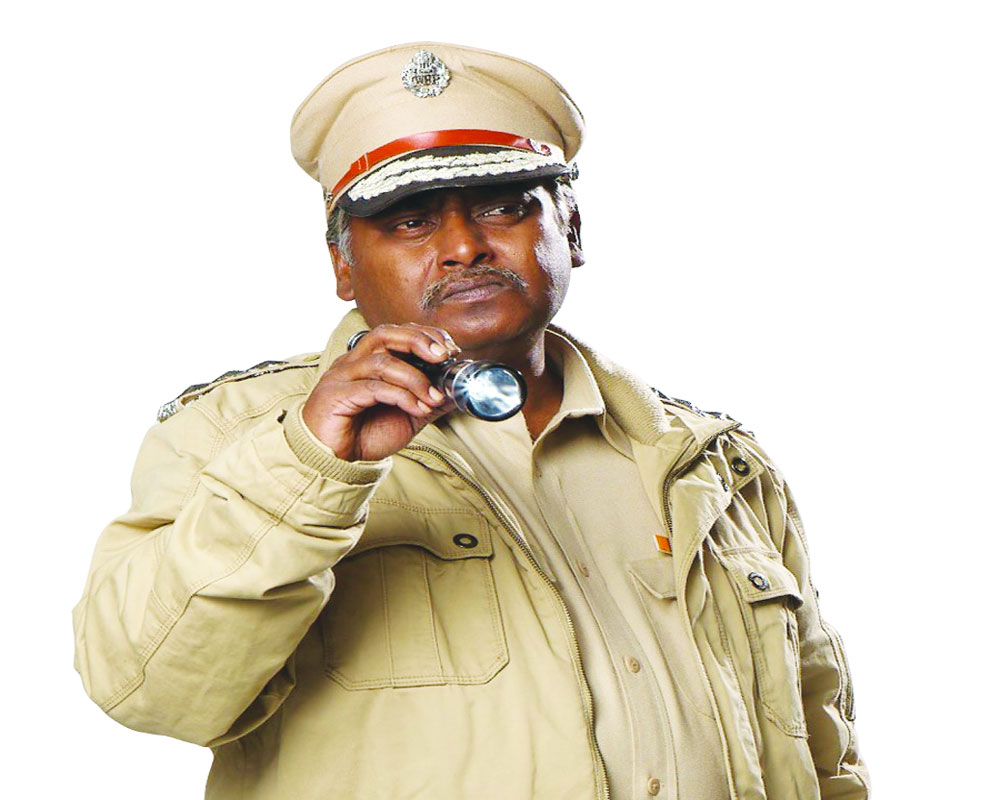 Having marked his presence in Hindi cinema with his captivating role of a DSP in SonyLiv's well received series Undekhi, Bhattacharya speaks with Musba Hashmi about his lure for the role, among other things

What is your role in Sony Liv’s Undekhi?

I play Varun Ghosh, a DSP. He loves Bollywood films. He has lost his service and he has to prove something in life. He is just like the people we see in our daily lives. He is a multidimensional character and has many layers.

There are many aspects. First, when I was called for the look test by Kabir Sinha, that time I didn’t know much about the script. Once everything was sorted, I asked for the script and it was so engaging that I finished reading it in one go. It is very rarely that I get to read such impressive, beautiful and powerful scripts. I am thankful to Siddharth Sen Gupta and Varun Badola, who wrote such amazing script and of course Applause Entertainment for producing such content. This was the main reason of saying yes to the project.

Second, this story is based on real-life events, this again was something that was gripping. Third, it is a show that keeps you on the edge of the seat. One cannot predict the twists and turns in the episodes. This is the beauty of the show. Fourth, my character ofcourse left no reason to turn down the project.

You debuted with Monsoon Wedding. How did that happen?

That’s a long story. To cut it short, after completing my course at National School of Drama (NSD) in 1997, I worked with the NSD Repertory Company as a senior actor till 200. After this, I was planning to shift to Mumbai. But due to certain reasons, I went back to Kolkata. After few years, when I went back to Delhi, people told me that there is a role for me in Monsoon Wedding and the team is searching for me. I got in touch with the team, auditioned and was selected to play Lottery. Then I shifted to Mumbai and today I am here. That’s how it happened.

This is again a long story actually. As a typical Bengali child, I was into everything. I have learnt playing tabla, done painting, tried my hands at singing, gymanastics and what not. I have done almost everything. I am the jack of all trades but master of none. When I grew up, I indulged in theatre. In 1988, after my Board exams I joined a theatre group full time. That was when I realised that I was in demand, because I knew a lot of things apart from acting.

I went on getting the Best Actor’s Award for my performance in Indian People’s Theatre Association Golden Jubilee Ceremony. Eventually, when you get to know that you are good at something, so why not pursue it. It gave me confidence to dig deep into the craft and I enroled myself in NSD. I went a long way. It was not like ki main bag utha kar nikal gaya aur Mumabai ja kar bola ki mujhey actor banna hai. Main bohot lambey raastey se seekhta hua aaya aur aage badha.

How hard or easy was it to be a part of the industry?

I have never seen it that way. I am an actor and bound to act. Eventually, I will work. I never thought how hard is it to be in the industry. When you are into a profession, you can’t think of these things. All you need to do is to work. If you are good, then you will get work. Mujhey apney kaam se hi kaam mila hai. I am quite happy with what I have. It’s fun.

Was there a moment when quitting was an option?

Never. Why quit? I won’t quit anything. I know what I want to do. I am here only. (smiles)

Your worst and best memory in the industry.

There are many a lot of good and worst memories. I don’t want to specify things. However, there are a lot of my films that got shelved. They never saw the light of the day. There are a lot of films that I thought will release like Jungle Mein Mor Naacha Kisne Dekha was one of them, which never got released in India.

It has happened with me many times. Moreover, I have gone for shooting for a project for about 18 days but when it got released I was not there even in a single scene. I won’t name any film or person because I don’t like controversies. Sometimes, I was promised a role in a film and was told that if you are not there in it, the film will not be made, but then the film got released and I was not there. I have seen all of this. Having said that, there are a lot of best moment as well. Being in the industry in one of them. Also, in my first commercial project, Aetbaar, I got to work with Amitabh Bachchan. When I came to Mumbai, I always said that ‘ki main Amitabh ji ka bangla dekhne nahin unke saath kaam karne ke liye Mumbai aaya tha because I am an actor’. That was a very happy moment for me.

There were a lot of upcoming projects that are now postponed due to COVID-19. Insha allah, once everything get back to normal, everything will be lined up again.