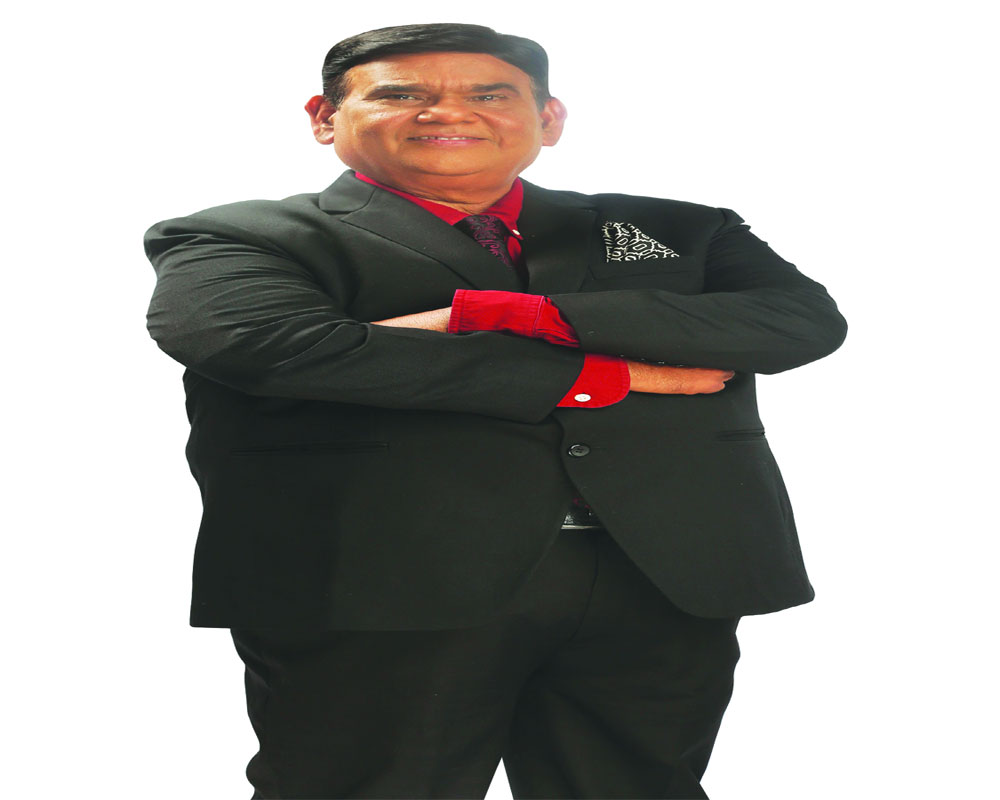 Satish Kaushik | He wrote the dialogues for Jaane Bhi Do Yaaron, became popular as Calendar and has directed movies like Roop Ki Rani Choron Ka Raja, Tere Naam and Prem. The actor-director-producer speaks with Shalini Saksena about why there were no surprises that Chhalaang did so well and upcoming projects

Were there surprises that Chhalaang did so well?

I was pretty sure that it would do well. It is an inspirational film; it has a sports background; the repertoire of actors was brilliant. There is Rajkummar (Rao) and Nushrat (Bharucha). Luv Ranjan is a great producer, Hansal (Mehta) is a great too. Sometimes while shooting you come to know that the film will do well. For me, this movie was important since I had to adapt to the new style of acting which is more life-like. For me, this is a new beginning in some ways because now I am getting to play more serious characters rather than do comedy. Now, good roles are coming to me that are meaty and powerful. I am grateful that people have loved it.

How did you come on board the project?

I was contacted. I had met Hansal (Mehta) at the Melbourne Film Festival two years back. I am a great fan of his style of work; it is fantastic. I had out in a word with him back then and it is always good to do this when there are certain directors one wants to work with. One should not shy away from telling a director you want to work with them. Much later, I got a call from Luv Ranjan’s office. I had a great time shooting.

How was it to work with Hansal Mehta, Rajkummar Rao and Nushrat Bharucha?

It was great. They are all cool people. We were shooting in Haryana in a village that was quaint and quiet and the weather was good. Actors like Rajkummar and Nushrat are today’s actors. You learn from them. There is a terrace scene in the movie where Rajkummar says that he has not been able to do anything in life and ‘I have left everything’. The shot was so brilliantly done. I knew the next was my shot and knew that I had to give it more than my best. Hansal directs you softly and directs you in the right direction. The actor must do his lines properly and deliver them with utmost conviction. I used to record my lines and Luv Ranjan told me that I was so child-like in my approach to acting — reworking on my lines. I told him that Raj has delivered his lines so well I need to just as well.

What next — acting or directing?

My directorial venture Kagaaz stalled mid-way due to the pandemic but it is ready now. The movie stars Pankaj Tripathi in the lead. It is releasing in December-January. It is based on a true story and is being presented by Salman Khan. In fact, I was inspired to make this film after I read an article in The Pioneer back in 2003. So, The Pioneer was the inspiration for it. The title of the article was — Yes, I am Alive. I took the rights for it. I took time to make a movie because back then nobody had heard of biopics. I waited for the right time. I am excited about this movie. As an actor, there are many projects. Anupam (Kher) and I have just finished shooting for a movie in Bhopal titled The Last Show by Vivek Ranjan Agnihotri. The film is about two friends. I am a producer of this film as well.

What is your take on big movies releasing on OTT platform?

In terms of reaching masses, OTT is the best option. At one go you reach a huge audience. The number is viewers increases exponentially for a product that you have made with heart. But cinema (going to the theatre) has its charms. It is unfortunate that the present pandemic has disrupted that. Here the OTT becomes important and this medium has to the forefront. This is also a positive. One can have a wider audience and experiment with wider subjects. Theatres and cinema will take time to attract people.

You are a director and producer as well. How tough is it to follow another?

My training has been that of an actor. I became a director much later. When I go on the sets, I let the director take over my personality. I don’t let my own director in me come to the fore. I am an obedient actor and always looking to grasp things that the director wants and follow his instructions. I can’t bring in my directorial experience into the equation. But when I am acting, the director in me helps to give the shot my best.

What makes roles like Calendar, Pappu Pager and Sharafat Ali so popular even today?

It is because the common man on the street identifies with the characters I have played over the years. Kunj Biharilal in Haseena Maan Jayegi to German in Hum Aapke Dil Mein Rehte Hain to Sharafat Ali in Bade Miya Chote Miyan to Calendar in Mr India, all these characters — it is he actor’s duty to make them come alive and connect with the people. I am from Delhi, Karol Bagh. I roamed the streets and met people from the lower strata. All these characters that I have played, I know them and it becomes a tipping point for the audience making them popular.

You have directed some of the best movies in Bollywood. Did you think they would become so big that people still love to see them?

I belong to the 80s era. At that time, multiplexes were not there nor was 24X7 TV. The fairytale subjects would work even though we didn’t have very much space to deviate from the love story or revenge dramas that were so popular back then. Today, people can see all the movies that have been made across the globe. The horizon has widened, the subjects of the 80s-90s won’t work. Back then, several movies on the same subjects were made and did so well. I worked with David Dhawan in 16 films. These films were loved due to music, dialogues and family content.