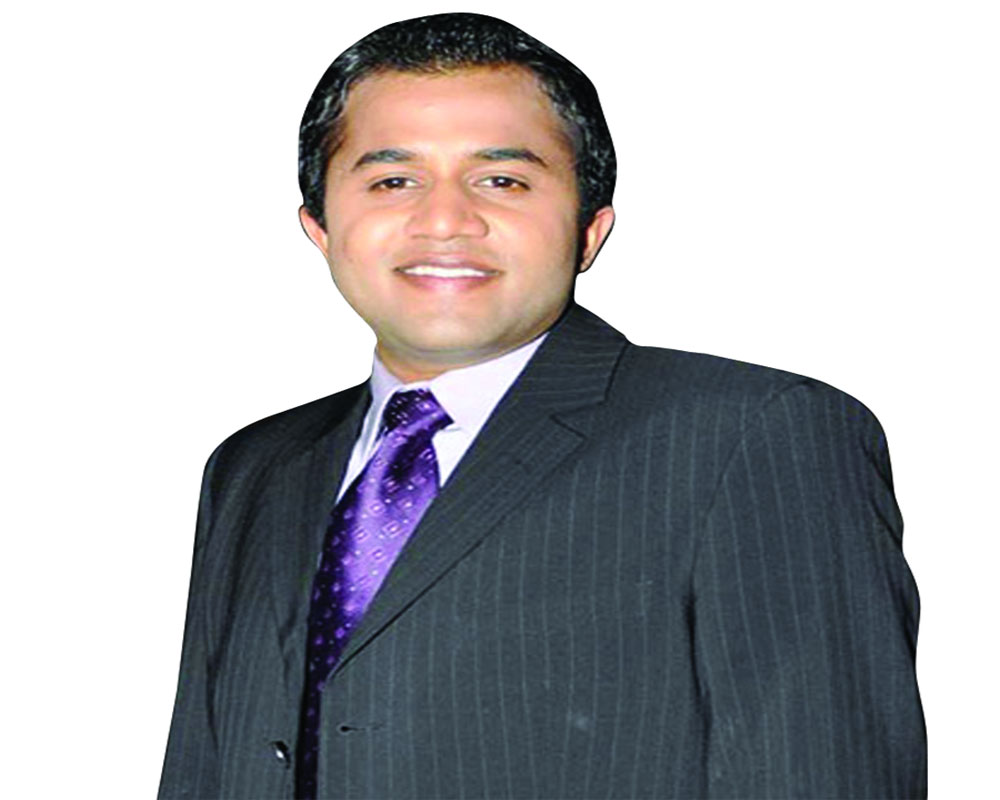 Omi Vaidya | He shot to fame for his role as Chatur Ramalingam or The Silencer in 3 Idiots. Since then he has gone on to do films like Desi Boys and Players with the latest being a web series Metro Park-Quarantine Special. Shalini Saksena chats up the actor

From California to Mumbai, that is a long journey. How has it been so far?

I never expected any of this to happen. It has been a wonderful so far. In the US, two per cent of the actors can make a living out of it. I am one of the lucky ones to be doing this. This sort of recognition that I get in India is something that I would never got here in the US. My one character that shot be to fame, I can literally walk into people’s apartments and they will offer me tea and coffee since they have a connection with that role. It has been a great learning experience. I have learnt Hindi, not a lot but enough.

When you did 3 idiots, did you think that Chatur would be become so popular?

Absolutely, I thought I would be the best (laugh). Actually, that is incorrect. I had no idea. I think of 3 Idiots as a movie equivalent to one starring Will Smith and directed by Martin Scorsese. I can now think back and say, okay I was in a film with Aamir Khan that was directed by Rajkumar Hirani. Even today, I wonder how I could have been so popular in that movie. I was focused on the character since I had no expectation. I thought it would be only Bollywood film that I would get so why not give it my best.

Has comedy genre changed in India?

We have had slapstick and sex comedies. But over the years there have been changes; it has to change. The market (young people) is consuming global content, their sensibilities are changing. The background noise that is associated with comedy, they are loud and are being done away with. Disruption of OTT platforms is allowing different stories to come in. This is allowing for different kind of comedy to come in.

They are all enjoyable and exciting role. I love being in the room. Being part of doing something creative gets me going every day. Acting is fun, but it is an elitist role where you sit around and take all the credit. The work can be tough if the role is challenging. What challenges me  os the things that scare me. That is why I am not doing too many Bollywood films or act. I don’t want to chase money but want to grow. Hence, I keep doing different things.

What made you say yes to Metro Park?

What is the best thing about this special series?

If you are watching TV at present, one can’t relate to them given what is happening around us. Comedy series that you watch where friends hugging or going out to lunch can be funny but they are not since you can’t do these things anymore. This special mini-series is a mirror into our lives and how they are struggling. When the makers ran this idea with us, we immediately said yes because we wanted to be part of something that people can relate to.

What were the challenges that came your way while shooting for it under lockdown?

It was tough. My cameraman (my wife) has no experience on how to shoot but she did it any ways. We did it on her smartphone. I have small kids who make noise all the time. Quiet on the sets was tough to achieve. We also had to ensure continuity, ensure we changed our clothes to show different days and the background and the setting had to be changed as well. As actors we take all this for granted and we sit in our trailer. Doing this series was humbling on how much goes into making a scene. We think it is us but the truth is we are just the icing on the cake.

Even during this lockdown, I am doing something. All that we can do is send some message and work with copy writers and wrote a video in the avatar that I am famous for on Insta that talk about what we should doing in during this time. At present, it is not about me or my career but about the society and how we can get through these tough times. I am developing some projects, some for the US. I am in talks for a TV show for India. I putting my work out there and hope somebody will pick it up.