Talktime : ‘I am busier than ever’

Talktime : ‘I am busier than ever’ 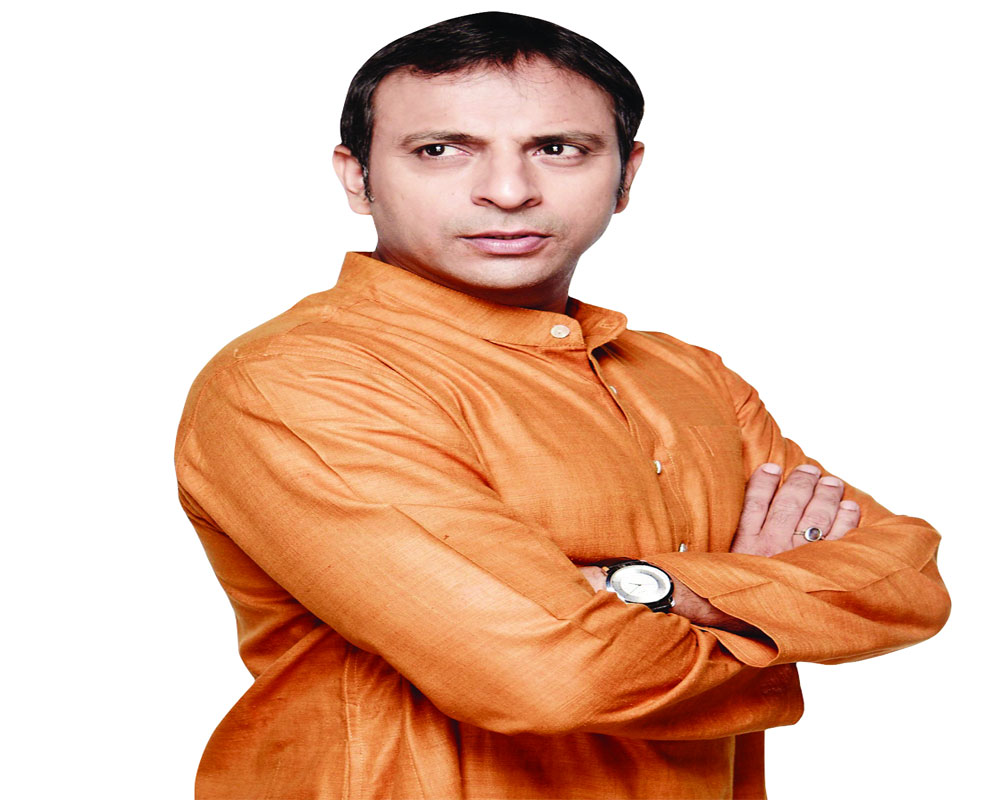 Joy Sengupta | The actor, who shot to fame with Hazaar Chaurasi Ki Maa and went on to do films like Hate Story and Shakal Pe Mat Ja, will now be seen in Zee Theatre’s Kanyadaan to air on ZEE5. The actor speaks with Shalini Saksena about his journey and how showing stage plays on OTT platform is a good option

What is Kanyadaan about?

The play was written in 1979-80 by Vijay Tendulkar. The inspiration and idea came on the basis of an incident that took place at a close family friend’s home. Though a lot of people misunderstand it and treat it as a play about Dalit politics, the play is a slightly pessimistic view of an overtly idealistic behaviour in the world. The main protagonist of the play is not the kanya but her father with Gandhian views with a reformist at heart. He believes in eradicating caste system via Gandhian principle of sacrificing oneself. His daughter has imbibed her father’s views as well and comes across a Dalit boy and falls in love with her father’s ideas and in turn him.

I play the Dalit boy from the lowest caste in Maharashtra — Mahar — who in the post-Independence India manages to get educated. He is a political Dalit activist and rising up in power — equal to other lower caste. Despite his ambition to rise up, when he comes to the girl’s house all his complexes — of class and caste — rise up.

How did you come onboard for the project?

This play has existed for sometime now. It came into prominence when Sadashiv Amrapurkar directed it and had played the Dalit boy and Shriram Lagoo had played the father. In fact, Amrapurkar got Govind Nihalani’s Ardh Satya due to this role. When the play was about to go on the floor, a lot of people said that it was violent and others said it was too dark as the audience, largely made up of higher class, when they watch the caste conflict, it disturbs them because it shows them in a disturbing light. However, the play has been much appreciated for many reasons. First, the audience is gripped in conflict. Second due to the drama in it. Three due to extreme emotions. Finally, the family concept that comes into play here.

You are part of Dance Like A Man. What is it about?

It is an Indian play in English about an artist finding his way in the society in the 60s. A society that was more into nation building needing engineers and doctors rather than an artist — a Bharatnatyam dancer who fights gender bias and tries to find space for himself and that political freedom is not enough there is a question of personal freedom as well.

Theatre is all about live shows that people can watch. Is showing them on OTT platforms a good option?

It is a necessary option. When you are live, you end up playing at one theatre with say maybe 500 people as an audience. But there may be a lot more people who are interested in theatre but will never get to watch this play. The OTT platform is a great way to reach out to all those people who are keen to see good plays but don’t have access to them. Second, there are so many people who are not exposed to theatre but due to OTT, they are getting to watch newer content when they come across a play being shown and may end up enjoying it.

Do you think that OTT platforms are the future of entertainment?

It has already become one. People are so mobile today, before the lockdown. Unlike earlier, where people would wait for the next episode to air. Now, a person travelling, he has the option to watch a show or a movie at a time convenient to them. For the OTT platform, they have a diverse audience, diverse generation, diverse classes and diverse content where one can have an Aarya, Made in Heaven and Mirzapur. Now, they are supporting Originals as well even though going to the theatre is an experience in itself but our daily lives are getting fractured, our watching has also become fractured.

From Bollywood to theatre to Bengali cinema, how has the journey been thus far?

It has been fantastic. I never realised that in my 25th year I would be this busy. I followed the simple idiom of not going with the plan but going honestly, with instinct and lending my time in creating a stage with my kind of acting which is not the big Bollywood aspirational. Yet to do projects that are content and character driven and slightly artistic. This particular genre has been kind to me. I have done Bollywood, did TV, moved to Bengali cinema and did international projects as well that were in English but with Indian content. I worked in European TV as well. I also teach and take classes on theatre appreciation.

Are you at a stage in your career where you can say you call the shots?

It has been like this from the beginning. I have never had a manager. My work has given me more work. My first film happened because Govind Nihalani had seen me in a play.