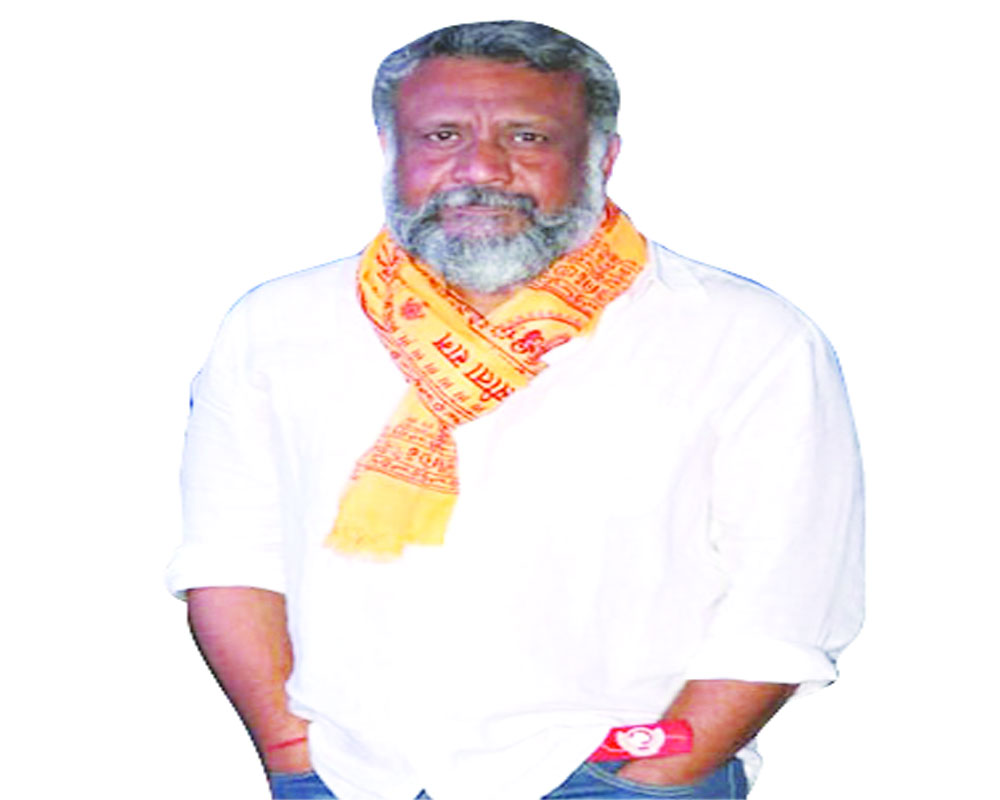 Anubhav Sinha - The man behind films like Dus, Article 15, Mulk and Thappad, Sinha is known for his versatility. He tells Musba Hashmi his fondest memory from the sets of Thappad, one thing that makes him uncomfortable and why he chose to explore different genres

Your fondest memory from the sets of Thappad.

My fondest memory is being surrounded by women. Not only the cast but even the crew was largely women. Now, we try and hire as many women as possible. I was surrounded by women and was being looked after. Yeh khaalo, baal mein ye laga lo, workout karo, alag alag umar ke log mujhey aakar boltey they. I was the most pampered person on the sets.

Did you have any apprehensions while working on the film considering the society that we live in?

Yes. There were two things. One, while writing, Mrunmayee (the co-writer) and I were not ready to over-dramatise the narrative, we were trying to keep it as life-like as possible. Which was rather a daring thing to do because the film was about just one slap actually. The plot of the film was very thin. If you are making a film with such a thin plotline, you might resort to doing something melodramatic and we were not doing that, so, there was a constant fear that it should not become a bland and boring film. The second fear was that if the men of our country would come and watch the film. We were apprehensive about that and were trying the best we could do without compromising on the integrity of the film. We did that. To our surprise, we were wrong on both accounts. They all loved the film and the biggest success as a director was that men loved the film as much as the women did. I have had men calling me and breaking down while talking about the film.

What was your reflex when you completed the film, amid all these fears of balancing everything out?

This is the most tragic journey that a director goes through. Because he is the part of the whole process and it becomes impossible to remain objective so the best thing to do is to safeguard what you are up to. Suppose, I had shot a film in one way and edited in the same manner but suddenly the background score had become very dramatic then it will just pop out the whole narrative. It will scream out the attention for no reason. So, you have to be loyal to what you have in the starting and hope that the end product will remain the same. Of course, with bigger experience of making films, you have a fair judgement but you never get the real experience of the film as a new film.

Your films are all about diversity. No two films are the same. How do you juggle all these variations?

I have no clue, I do not have a definite answer to this. I think of a story, I end up writing that along with my writers with all my heart and passion. Maybe I have a taste for different genres. More than that, and I discover this while I speak to you is that I am not out to make a brand for myself. That Anubhav will make this kind of movie, I am not consciously out to do that, so, maybe that helps me. I am always in a new zone, working very hard, I am not known for a specific genre or space, so I don’t actually have an answer to this.

What kind of films do you watch?

I don’t watch super hero and fantasy films. I can’t relate to the Game of Thrones. I’ve just finished watching a film called Da 5 Bloods by Spike Lee,  on Netflix. Then I’ve watched The Wasp Network. Most of that stuff is either political or very personal. I loved Jojo Rabbit too.

Lately, you’ve made Article 15 and then Thappad. You are exploring these social issues, what made you explore this?

Why to use brackets? They are so different from each other. These are films that I got inspired by at different stages in my life, and I made them. When I look back, you don’t know the stuff that I’m working on right now, there is a Force feature that I’m working on. Socio-political, personal, those kinds of films and that’s what is happening to me right now, I’m getting attracted to those things and it may change, it may not, I don’t know. I was making Dus, I was making Cash, Ra.One and then Mulk. I don’t know if there’s any more chapters to be opened or maybe I’m done with all the sad stuff.

One thing that makes you uncomfortable when you are on sets.

There are a few things. I don’t like too many people, I don’t like the murmur. A lot of times you’ll find me screaming for silence and I get very disturbed when somebody doesn’t know what is happening. If an actor doesn’t know his or her lines or hasn’t read the scenes before we started setting it up. I get disturbed because I don’t understand why people do it if they don’t love it. So that is very unnerving for me. But most of the times it doesn’t happen to me because we work with the same team mostly and the actors are my favourite people on the sets.

Now that the film is premiering on Zee Cinema today at 9 pm, a message that you would like to give to the viewers?

I feel that the people who watch TV are not the ones who are active on social media. They are mostly on OTT platforms or theatre. Not a message, but I’m hoping to hear from them. I don’t know how will they do it, I could be terribly wrong, maybe they are on social media as well. Maybe some journalist should help me know that, I’ll be very grateful.