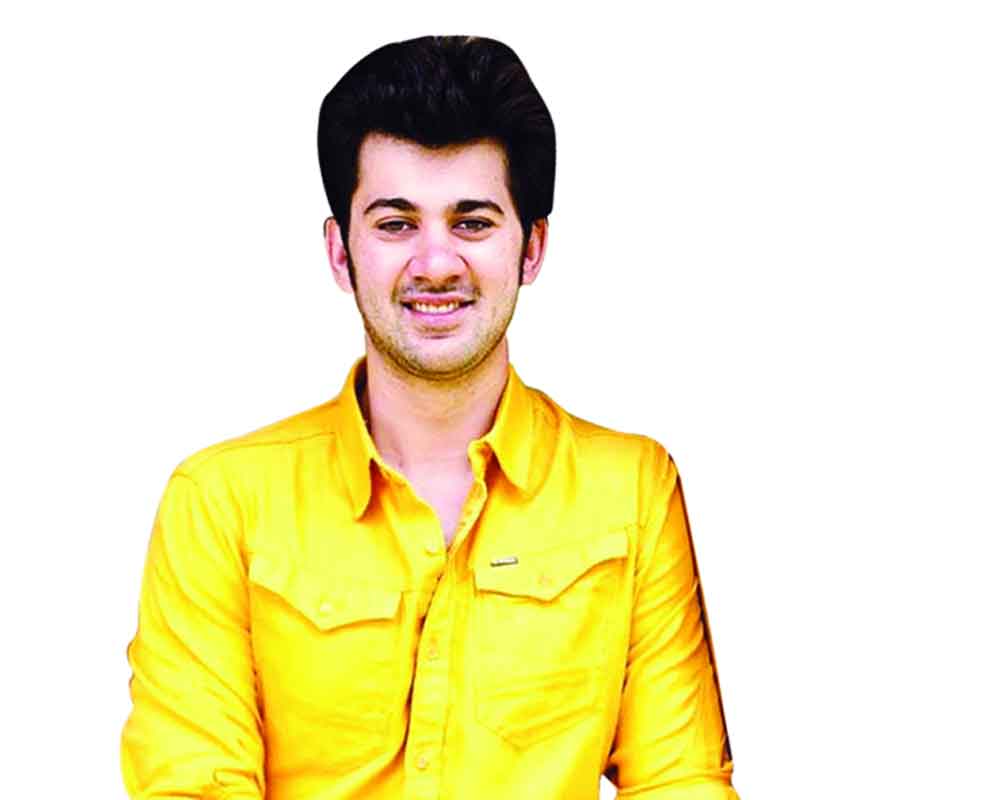 Karan Deol | The third-generation actor, who made his debut with Pal Pal Dil Ke Paas, speaks with Shalini Saksena about how he wanted to be a footballer till he was 13 before the acting bug bit him, his disappointment with how the film was received and what is keeping him busy

What was the challenge that this film put in front of you?

The biggest challenge was to establish an identity of my own in the industry and what sets me apart from each member of the family. Each one of us is unique. For me, it was to step out of my family’s shadow. As for the challenges faced during the shoot, it was to stand in minus 2 degrees and give a perfect shot especially emotional scenes. One had to be in the zone. We would give the shot and as soon as the word ‘cut’ was screamed out, I would run to the heater to warm myself while all the time all I could do was stand there shivering.

How tough is it for star kids to break away from their parents’ identity?

It is tough. For people they may be stars but for me they are family — my grandfather, dad and chacha. Unfortunately, the problem is that one is always compared as Sunny Deol’s son. Is he like this? Was he like his father here? They like stuff about my father and dada and automatically presume that I will be a combination of them which is impossible. They are their own people and brilliant. I am not here to copy them. It does tie you down. It is sad that this presumption comes even though the audience doesn’t do this intentionally. Each person has a different personality thought there are genetic similarities. What people miss is the one’s uniqueness that is separate from the others. However, one has to accept it and move forward and hope that the more they see your work, the more you start to step away from the shadow.

How much pressure did this put on you?

There was definitely a lot of pressure that was built due to other factors. As far as my family is concerned, it was only when I started giving interviews to the media, the that the distinction came.  Until then, they were just dad, dada and chacha. They were never Sunny Deol, Dharmendraji or Bobby Deol. But I didn’t think about this too much, there were chances that I could succumb to it, and not do my job properly.

What is the lesson that this movie has taught you?

The movie has taught me a lot. As an actor, I am trying to improve my craft each day. After the film released, I looked at the criticism and have been working to improve on those areas. It has pushed me to make myself better. It has taught me to look at life in a different way, to take more risks and to think outside the box.

When you are young you don’t think  about being an actor. At that age one wants to be an astronaut. Like in my case it was to be a cook and or a footballer. But when I was turned 14, I had some understanding of the field. Gradually, I realised that I wanted to be an actor but was scared to take the first step.

What kind of training did you do for the film?

I took a lot of workshops.  In order to understand the character better I went to Himachal Pradesh before the shoot began.

Was Sunny Deol a father or a director on the sets?

He left the father-son relationship at home. He was totally a director and a tough task master; something that was urgently required. Though he never scolded me in front of others, he would take me aside and explain if I didn’t understand things and tell me what I was doing wrong in a stern voice.

Were you disappointed with the results?

Obviously, there was disappointment. It is human nature to feel bad. But it was my first movie. Now, I am now trying to map out the next course of action; for this I am reading a lot of scripts. The more scripts I read, the better understanding I have of different kinds of characters. I am also attending workshops. I hope at the end of it all, I am able to reinvent myself and people like the new me in that avatar.

The movie had a world premiere on Valentine’s Day on Zee Cinema. How did you want people to perceive it?

Since it was watched by so many more people, I wanted them to see it as a simple love story; there are no complications. So hope that people enjoyed it sitting at home.

Why was the song Pal pal dil ke paas not there in the film?

That was my father’s decision. The song is so iconic; he didn’t want to recreate it. Even today, people love to hear it. It is such a beautiful song with fantastic melody and lyrics. I would say that it is one of the best romantic songs.