Talktime | ‘There’s a difference between an actor and entertainer’

Talktime | ‘There’s a difference between an actor and entertainer’ 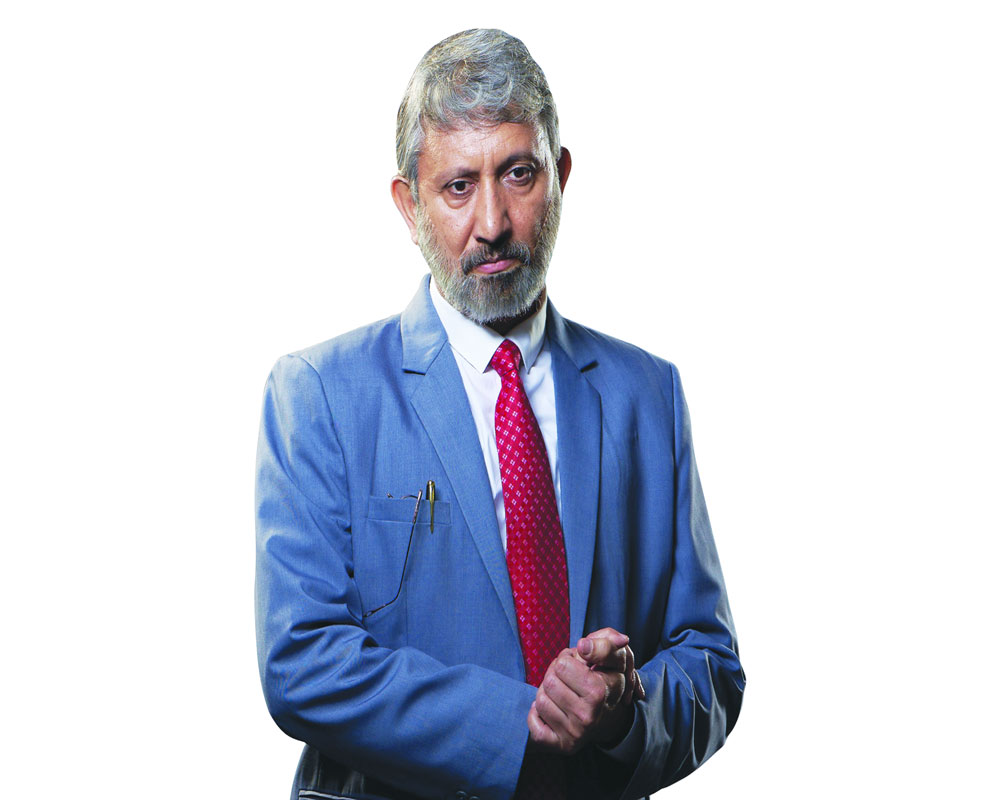 Kabi, who was recently seen in Avrodh: The Siege Within, speaks with Musba Hashmi about why he chose to be a part of the project, his debut, how he thinks that theatre is the foundation stone of an actor and that he had experienced nepotism in the industry many times

What is your role in Sony Liv’s Avrodh?

What made you take up the role?

The script. Also the director, Raj Acharya, he was an Assistant Director in almost three of my earlier films. So when I got to know that he was directing the series, I was hooked on it. He was very professional and he told me that just don’t take it because I am telling you to do it, read the script and dig deep into it. That’s what I did and I found my character very interesting. I haven’t done a role like this before and that got me interested. Because every time I pick a role, I make sure I am not repeating it. Moreover, the role is based on a real life possession and that’s made it more interesting for me.

You started your career with The Last Vision (1997). How did you come on board for the project?

It’s a long story but to cut it short, I was doing my first TV serial back then for Sumitra Bhave, a Marathi film director. She is a director that I am very fond of and in awe of. I played a small role in that serial and it had almost 16 people from National School of Drama (NSD) acting, juniors, seniors and very seniors. We had to travel to a village in Pune for a shoot and I decided to stay back. Fortunately, the NSD actors were hanging out that night and were discussing about a film being made in Odia which required a person who could speak the language and dance Chhau. I knew both. I overheard them and thought I want this. Somehow I got the team’s number and was called to Mumbai. Early in the morning, I was auditioning for the role. Then I left it and every four days I used to call them and ask if I was selected. I was told that for the role 14 NSD actors were rejected for it. I was convinced I have no chance of getting the role. But again, I called them and they asked when am I coming to Mumbai to sign the contract. That’s how it happened.

Were there any apprehensions before taking up acting?

Lots of them. Because I was neither from NSD nor from Film & Television Institute. I had no formal training in acting and which is why it took me such a long time to make a place here. I decided to do this in 1990 and my first break was Ship of Theseus in 2011. Of course The Last Vision happened in 1997 but after that I had nothing at all. One has to go through a black hole in these years. I don’t like to go in the details because those are like my iron shields that helped me grow. I worked hard. My day started at 4 in the morning and I worked till 12 in the night. I did all odd jobs to make a living, never gave myself rest and questioned why is nothing coming my way. That’s why when Ship of Theseus happened, I gave in everything I could because it was like a do-or-die situation. And it’s a blessing that it worked out well.

Being a theatre actor yourself, how important do you think it so for actor to experience theatre?

Extremely important and that’s why I did so many workshops for people over the years. Theatre is an absolute foundation of an actor which is why you see the difference between actors and entertainers. If you see Irrfan Khan, Nawazuddin Siddiqui and Manoj Bajpai, these are trained actors that is why you see the quality in them as opposed to stars. And I don’t blame them for this because a star’s job is to entertain, to makes us watch him and acting is not about making people look at us, it is about making them look at the character that we play. It is opposite to the star world. That’s why theatre is important because right from understanding the script to narration, it brings out the best in actors.

Did you ever feel like an outsider in the industry?

Yes, many times. But I didn’t raise those incidents or issues anywhere at all. The reason being I didn’t think that it will serve the purpose immediately. That’s all I have to say on this. Most of the outsiders are a victim of nepotism but it depends on how you take it and deal with it. I  am still dealing with it, but I do it in my own way.