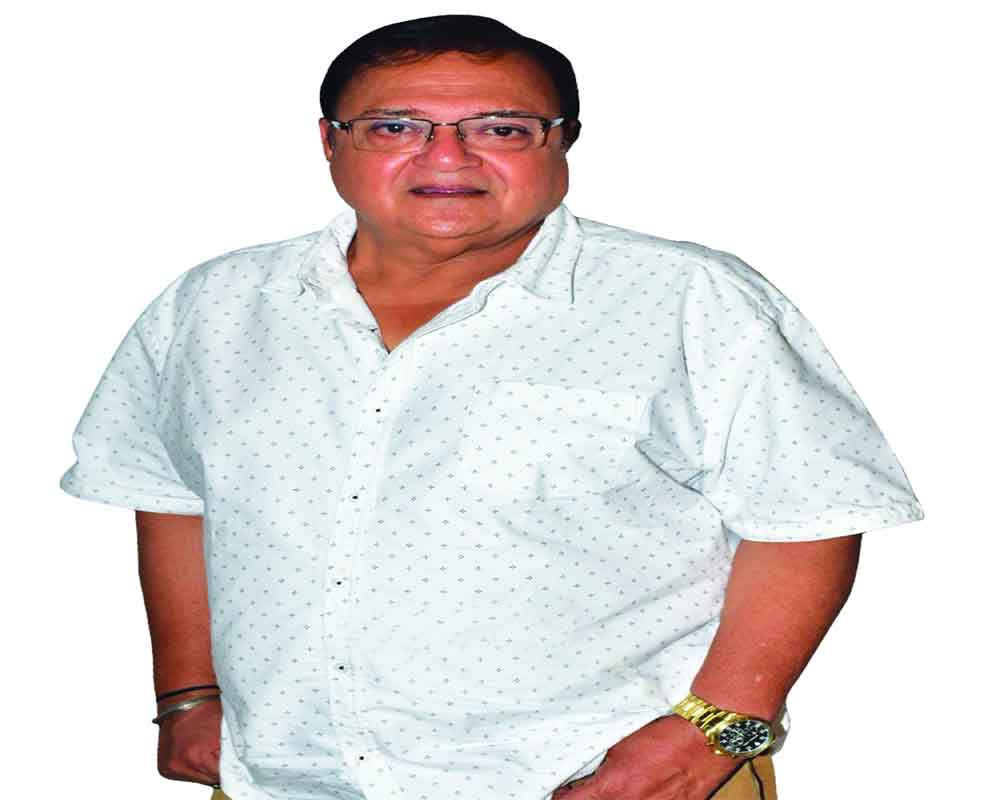 Rakesh Bedi Known for having a perfect comic timing, Bedi believes in living comedy. He speaks with Musba Hashmi about his web series, eye for detail and how the digital space is a boon for the creative minds, among other things

What made you say yes to Fathers Volume 2 that released on TVF Play?

The series is a take on people, especially fathers, who have retired after an active life. When a person retires at the age of 58 or so, there is still a lot of energy left in him. But you don’t know what do with that and how to invest it in the right way. The children get busy in their lives, wives get busy in theirs and you suddenly feel that you are good for nothing. This is a story of three such friends, who are fathers of course and they live in close proximity. The three decide to use their energy the right way and compete with the young generation. The story is so true to life that I was sure of taking up the project the moment I read the script.

Like I mentioned before, the three fathers decide to compete with the young generation. They heard about solo trips and playing PUBG and it fascinates them. One day they all decide to go on a solo trip and the moment they were ready to leave for the trip, they realised that there are three of them going on the trip so how can it be solo.

How was the experience working with Manoj Joshi and Virendra Saxena?

I have known Manoj for years and even worked with him. It was fun working together. We have a lot of respect for each other and we get a lot of positive vibes from each other. Everybody was kind and helpful on the sets. There were no ego clashes or anything like that.

I remember there was a moment when Virendra got angry because we were not going his way but then we all gave in and went the way he wanted us to. Everyone was co-operative.

Do you see any difference in the shows or films that were being made earlier and now?

Let me mention two shows that did well — Yes Boss and Bhabhiji Ghar Par Hain, they did well for a reason — no one interfered from the channel nor was there someone sitting on your head and trying to guide you. Both of the shows have been independently made by the creative minds. Even earlier shows like Shrimaan Shrimati and Yeh Jo Hai Zindagi, the reason why they are iconic is because there were no interference from anybody and this is how you come up with good shows. Now, people have started angsting about TRPs. The moment this pressure comes in, the show loses its essence. This is what has happened or happens with a lot of shows. This can be one of the difference that I have seen. The other thing is TV has become regressive and has stopped growing. TRPs have eaten up everything.

What is your take on the growing interest for digital space?

The digital media is a great thing that has happened to the creative minds. It is a platform where everyone can showcase their creativity without any boundations. Fresh content is coming up. With the advent of web series, the whole world can see good work of any director.

What is your approach towards acting?

I work hard. I take everything seriously. You can see it as a problem or as my plus point. On the family front, it becomes a negative for me since I am not able to give them ample time. But on the career front, I find it satisfying. I don’t let anything pass under my nose casually.

You have mostly played comic roles. Is it by choice?

You can say that because I have a comic element in me, both in writing, acting and even real life too. In one of my plays — Mera Woh Matlab Nahi Thha, I have played a serious role but have added various humourous elements in it. A pinch of humour is important for everything. Anything without it will become too serious or monotonous.