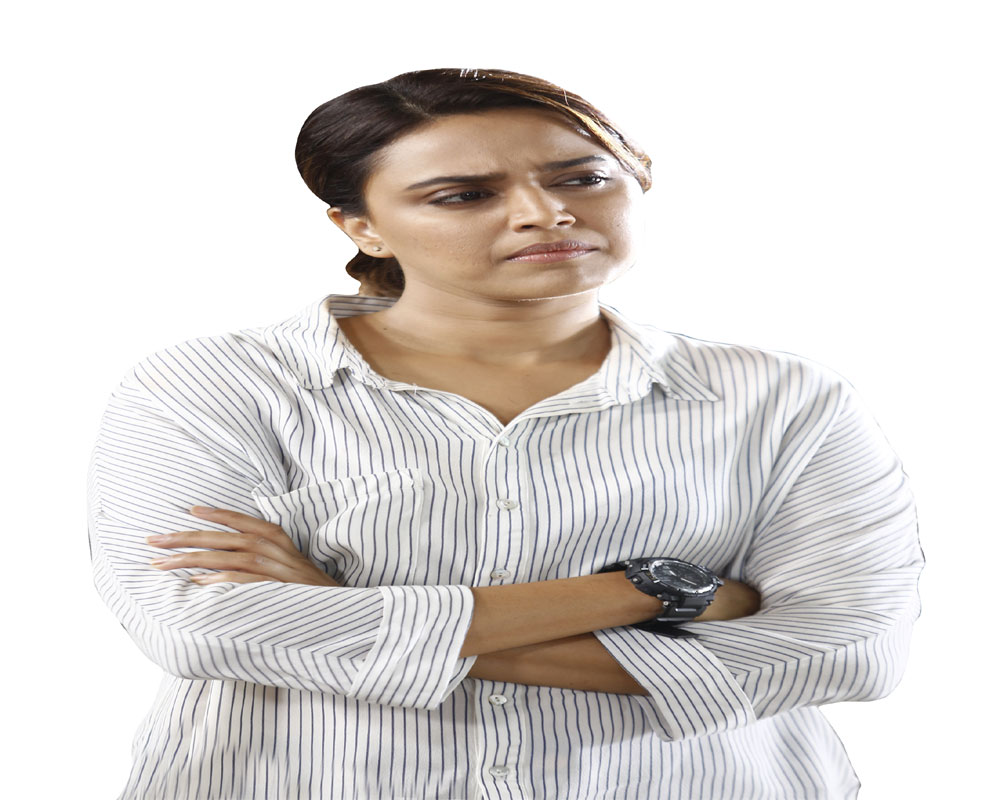 Swara Bhasker Bhasker, who has done films like Anaarkali of Aarah, Nil Battey Sannata and Veere Di Wedding, speaks with Musba Hashmi about her latest project Flesh on Eros Now, challenges faced and the thing that makes her feel uncomfortable on the sets even today

What is your role in Flesh?

I play ACP Radha Nautiyal. She is a cop in the Mumbai Anti-trafficking unit. She is trying to trace a girl who has been kidnapped and that is when she discovers a trafficking racket. The show is a much wider look at the world of human trafficking. And because it’s a series, the format allows you to delve into details.

You haven’t played a cop before. How challenging was it to get into the skin of the character?

Yes, it is the first time I am playing a cop and also the first time I am doing action. It was exciting and of course challenging. The toughest part for me was that no one in my family or friends is a cop. So I had to start from the scratch. I met a lot of policemen and policewomen to understand what their lives are like. It is quite interesting because one of the common threads that I found in all of them was the sense of frustration that they have because of the fact that all the criminals have a way to manipulate the system and get away. They work so hard to catch the criminals and yet the criminals get away because of some personal connections or bribes. I found this very interesting and used this frustration to make that the motivating factor of Radha's character. She is actually a cop who has a lot of frustration against the system and that was a good way to frame the character. Then, I had to train for the action. I have never held a gun in my hand in my life. I hated it and it was the hardest thing. I knew I could never play a real-life cop because I hate guns so much. And that was my least favourite part of the shoot. I also had to train for the running. When I ran for the first time, the director told me that I run like a girl. I was like ‘umm yes’. Then he told me that you are playing a cop and you have to bring that in your body language. Then I trained with an athlete and my running slowly improved during the shoot.

Were there any apprehensions before taking up the role?

I was terrified and I still can’t believe that I pulled this off. When people praise my work, I am like 'what, are you sure' because I still can't believe it. I was scared of this role. Having said that, the reason why I said yes to the role is because it was challenging and I wanted to do it. I was keen to do it and see how this new thing will turn out for me. And of course the script is good and the story is compelling, so it was like an add-on.

Is there a checklist that you follow when you pick and choose your projects?

There is no checklist. But the first thing that I look out for is definitely the script and the role. You can’t have a great role in a bad script or story and you can’t have a great story with a terrible role. Both things have to work for me. Also for me the intention of the maker is very important. I always feel if the intent is right, we can figure out everything else. I am always careful that as an actor whether I will get a chance to perform in a good story. I also try to make it possible that we can build the project if the story is good. For Anaarkali of Aarah, everyone asked me why I was doing it but I told them that I have faith in the story.

What is that one thing that makes you uncomfortable while you are on the sets?

I don’t like when people are not serious about the work and if people are not appreciating someone’s work. Filmmaking is teamwork and the idea that only one person makes a film or only actors make a film is not true. So I don’t like it when people act like only their job is important in the film. I find that problematic and I am very careful about that, that I don’t behave in such a manner.

What keeps you grounded?

The sense of the outside world. I have a good awareness of the fact that Bollywood is not the whole world. It is just a small part of a huge world where a lot of things are happening. Apart from this what keeps me grounded is my parents, friends and family who never treated me any differently, both before and after I entered the industry.

How does it feel like when you look back at your journey? Are there any regrets?

I feel proud and happy. My journey has been one where I have worked on my terms and beliefs. I have nothing to be ashamed of and I can stand on my body of work and feel proud of it. But yes when I look back at some projects I do feel that I could have done better acting but apart from that I don't have any complaints at all.

Do you still have butterflies in your stomach when you see yourself on the 70 mm screen?

I feel nauseous and sick with anxiety on the day of the screening of the film. I am a very nervous actor. On the first day of shoot, I always feel that I have forgotten how to act. When the film is about to release, I just can’t sleep the night before even today.