The Nest is strongly perched

The Nest is strongly perched 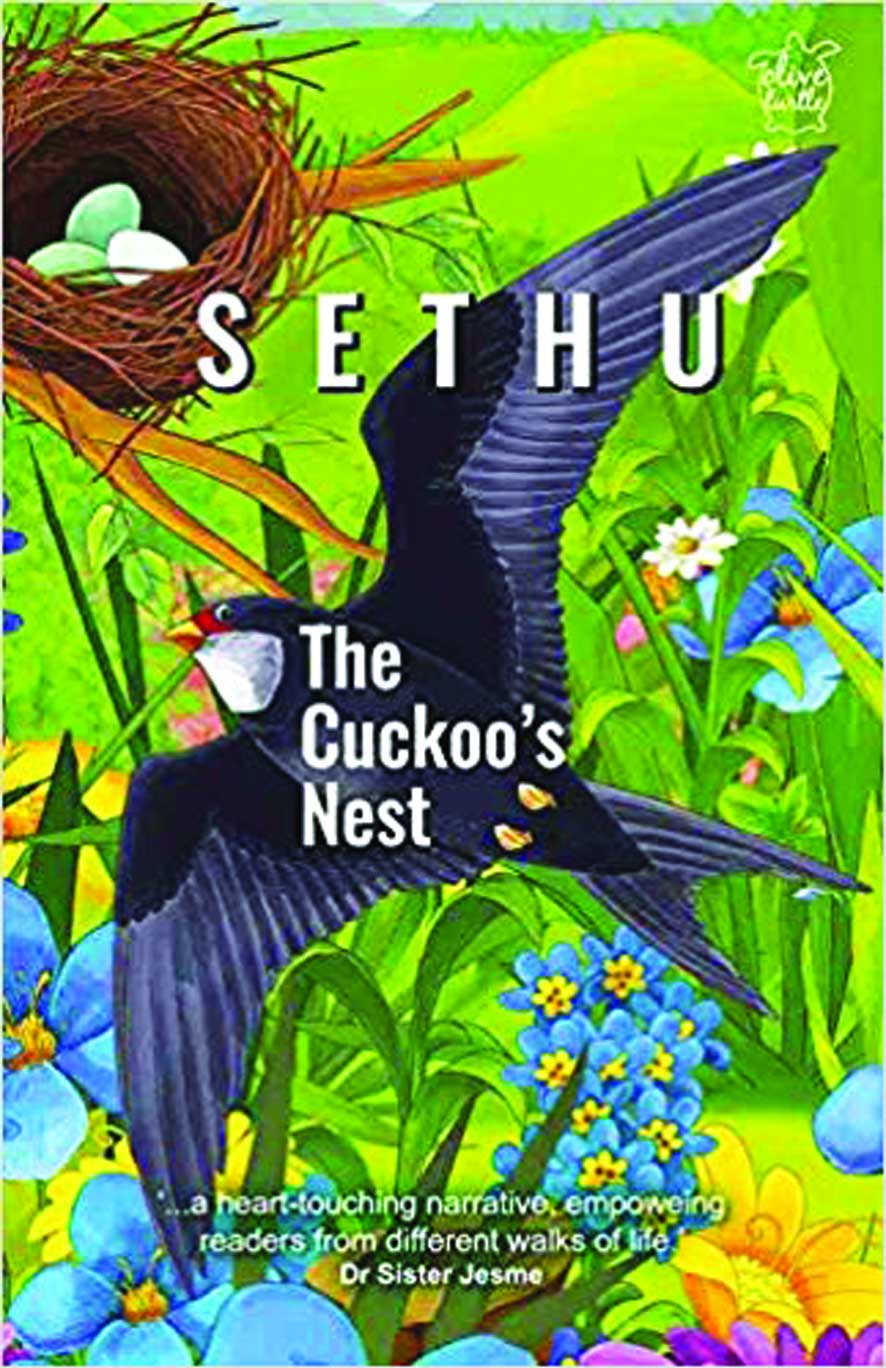 The first English novel by the noted Malayali writer A Sethumadhavan, popularly known as Sethu, is a landmark by its superb craft and theme, says K. KUNHIKRISHNAN

Tiny birds of different colours and sizes would flock in the nest, far above the ground, atop a tree, in the midst of woods, which could withstand rains and winds; birds per force fleeing from the prying eyes of hunters would reach the Nest. They would flip and chirp and flap their frail and weak wings, unsure of flying back. One had to “vitalise these little birds by strengthening their wings and avoid the hunters — men”.

The nest would have all kinds of birds — good and bad, heroes and villains, shapes and shades of different feathers. They would be nurtured with compassion and spirit of co- existence. In time, they would fly away. This inspiring and lofty idealism was what made Madam Agatha, a nun who left the monastery, and hostel warden to start and run The Cuckoo’s Nest, the first English novel, by Sethu (A Sethumadhavan), one of the best among contemporary Malayalam fiction writers. He is equally at ease and adept and evocative in English as evident from this novel.

The novelist has always been a strong promoter of feminism, be it his stories or novels, and always empathised to the extent of clearly taking sides. So is it in The Cuckoo’s Nest, where the young and desolate inmates are empowered to live gloriously, “like a mother bidding goodbye to her daughter, a mother bird watching her tiny ones flying away , flapping and spreading their wings…. Never to return”. Madam Agatha had trained her inmates to “dream the mountain and not the valley”.

The message of optimism is commendable as narrated in an excellent and convincing manner for emulation. The reader is moved by the manner in which total darkness and gloom in the lives of nearly a dozen inmates of the Nest was overcome into bright sunshine by empowering the girls through a model charitable institution, run entirely on donations from well-wishers, known and unknown.

Madam Agatha stands out as a colossal and influential character in the novel and she is able to weather the storm and rains and occasional cyclones holding onto her Nest firmly with pragmatic and high ideals mustering support from well-meaning quarters and close friends and she is the profile of intent and strong will, having walked out of the monastery (when even survival itself is not easy).

There is another character, Kadambari, who has come from Devagiri , a small town in Tamil Nadu, where she was an adopted daughter, but had to leave home after a gruelling experience. Kadambari has another mother in Madam Agatha and she is finally given to shoulder the responsibilities of the Nest. Other characters in the novel are profiled to represent the oppressive circumstances in which young females are made to suffer agonies. In portraying them, the novelist has put his narrative excellence into perfection with arresting readability, as is his wont.

The profiling also attains universality and pan-Indian appeal transcending geographical and psychological barriers. Each character, be it, Col. Annie Fernandez, the crippled army doctor, Sarala, Secretary of Nest, Karuppayya, security guard, who are not inmates per se but closely associated, is etched indelibly and stands out. Residents of Nest, Lisie, Gouri, Sabeena, Ranjini, Apoorva, Kamakshi-Kamalakshi (twins), Didi, Parveen Singh, Seetha etc are all from different backgrounds and faiths (But Nest is strictly secular in every sense) and each one’s tale of woes is touching.

Except in the case of Parveen Singh, who meets with a tragic death due to her intense love for Salim, all others are enabled in every sense to undergo life in better circumstances. Two instances where the lovers (Sabeena and Seetha) reunite with their love through social media are motivating and revealing. Each character has a history of pathos and untold miseries and they reveal the current social fabric, which is heavily skewed against the downtrodden women. The tale of woes of each inmate of the Nest has been dexterously condensed demonstrating the mastery of the novelist in his art of storytelling. The weaving around of the plot and characters almost in lyrical style in the novel marks Sethu’s dexterity at its best.

“Life is nothing but an open-ended story. Won’t it be better to leave some doubts as they are and make the reader ponder on them later? After all, aren’t such clueless riddles the very element that makes life interesting?” asks Didi, the wheel chair-bound optimist Jewish inmate of the Nest, with a Third Eye to Apoorva, who is in the Nest due to the quarrel of her Bengali father and Tamilian mother. The novelist reflects: “the writer….. naturally expected his readers to be reasonably intelligent so that they would be able to find out a solution of their own”.

At the end Madam Agatha asks: “Mirror, mirror on the wall, have I failed?” Riposte is that the story is a brilliant literary work bringing out the divine elements of conveying improvement over societal values. Going by any literary values, The Cuckoo’s Nest is a profound work, placing the novelist in the pinnacle of his glorious career.

The reviewer is a noted writer and veteran broadcaster. He was DDG, Doordarshan, and associated with several TV channels