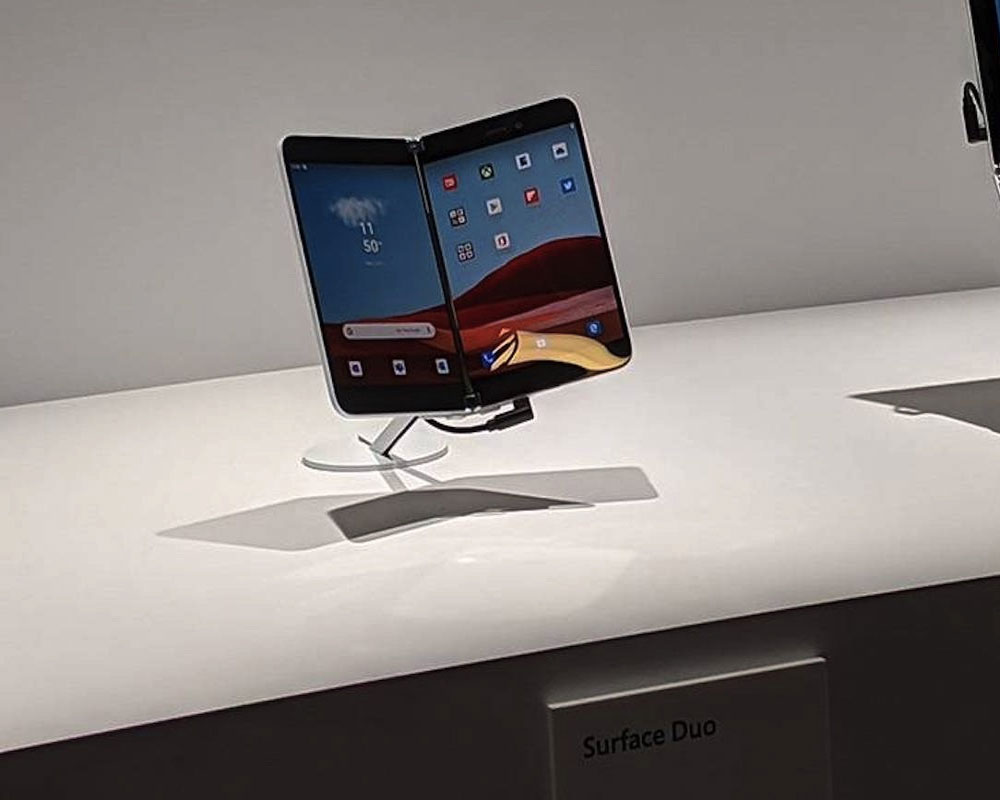 Microsoft is reportedly working on a new feature called ‘app groups for its foldable smartphone Surface Duo that would allow users to create groups and let them launch two apps directly into a dual-screen session.

This feature will allow users to easily pre-select and pair two apps to quickly launch in the multi-window view, reports Windowslatest.

While using app groups, a shortcut will be created and pinned to the home screen, enabling quick access to apps that users access in a regular basis.

For example, one can create a group of OneNote and Microsoft Edge and then tap on the shortcut icon to launch OneNote on the left screen and Edge on the right screen.

The Surface Duo is expected to come with mid-range specs, including the Qualcomm Snapdragon 855 SoC, 6GB RAM, and either 64GB or 256GB of storage.

The device will also feature a single 11MP camera sensor above the right display that will be used for both front and rear-facing photos and videos and will be powered by Snapdragon 855 processor, 6GB RAM/64GB or 256GB storage options.

Surface Duo will ship with a 3460mAh battery and feature USB-C fast charging.

It won't support 5G, maxing out at 4G LTE speeds instead. It is also speculated that the device lacks support for wireless charging and NFC.