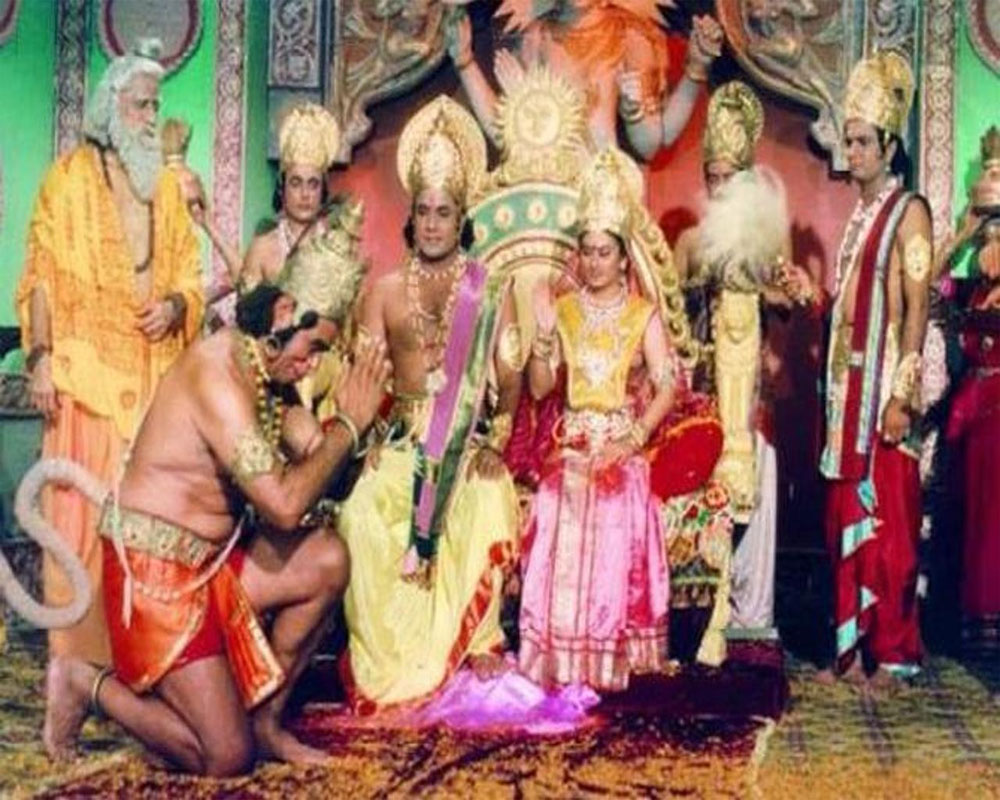 Union Information and Broadcasting Minister Prakash Javadekar on Saturday thanked the family of 'Ramayan' serial creator Ramanand Sagar for facilitating the re-telecast of the epic production which gave a chance to the young generation to experience it.

In a letter to Prem Sagar, the son of the late Ramanand Sagar, Javadekar said it was "our wish to re-telecast 'Ramayan' during COVID-19 lockdown".

"I am deeply grateful to your family for helping us in fulfilling this wish," he said.

The present generation has not seen the grandeur of 'Ramayan' before and re-telecasting of the serial has made it possible for new generation to finally watch it, he said.

'Ramayan' became the most watched show on April 16 across the world with over 7 crore 70 lakh people having watched the serial, the minister said.

"I thank the whole team of 'Ramayan' serial on behalf of Doordarshan, congratulations to all," he said.

Mythological series "Ramayan" and "Mahabharat" returned to TV on Doordarshan on public demand. Many other popular serials from the 1980s and 90s are also garnering high viewership on Doordarshan.