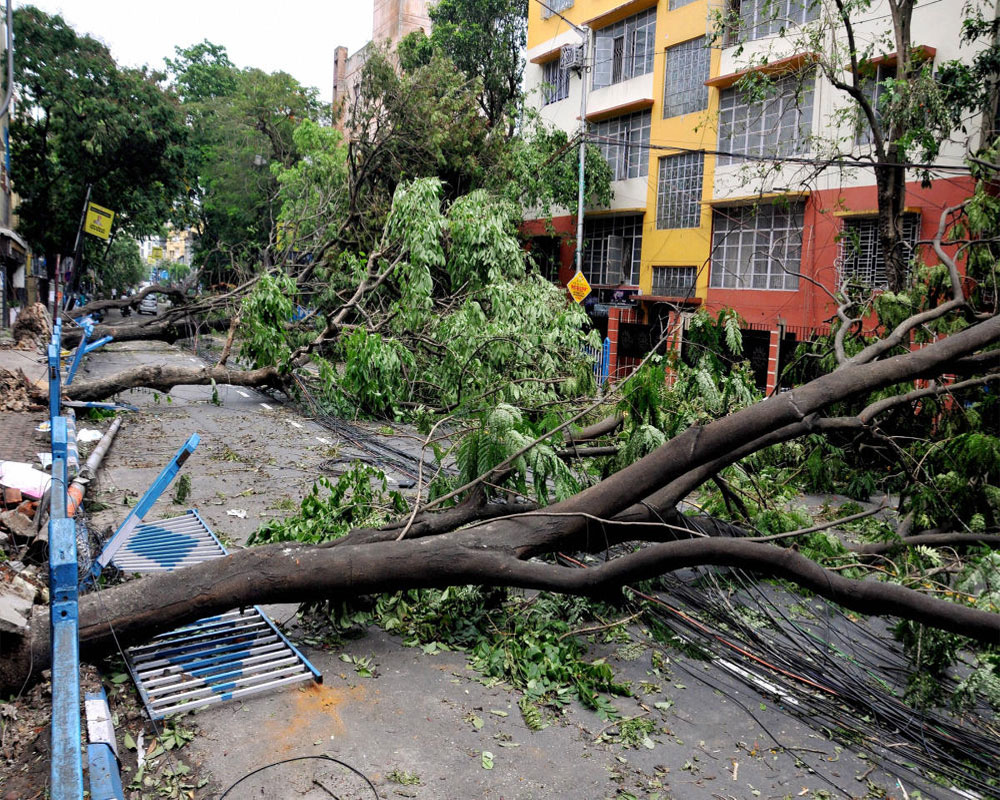 Twenty-two opposition parties urged the Centre on Friday to immediately declare the devastation caused by Cyclone Amphan in Odisha and West Bengal as a national calamity and called for substantially helping the two states in facing the impact of the disaster.

The leaders of the 22 parties, who met through video-conferencing, passed a resolution in this regard and said relief and rehabilitation should be the topmost priority at this juncture.

"We, the opposition parties, extend our sympathy and support to the governments and people of West Bengal and Odisha in meeting the impact of the devastation caused by Cyclone Amphan," the resolution said.

It said a natural calamity like Cyclone Amphan has come as a double blow to the states amid the coronavirus pandemic, breaking the spirits of people.

"Opposition parties, therefore, urge the central government to immediately declare this as a national calamity and substantially help the states in facing the impact of this disaster," the resolution said.

It added that the people of Odisha and West Bengal urgently need the support and solidarity of the governments and citizens of the country.

Noting that relief and rehabilitation should be the topmost priority at this juncture, the resolution said the possibility of an outbreak of other diseases as a result of the calamity must also not be ignored.

"We, the opposition parties, call upon the central government to provide urgent help to our fellow citizens/countrymen," it said.

During the meeting, the leaders conveyed their deepest condolences to the families of those who lost their lives due to the cyclone.

"We express our solidarity and sympathies with the pain of those who have suffered other losses. The country and its people are already in the midst of a grim struggle for survival combatting the COVID-19 pandemic," they said.

The meeting called by Congress chief Sonia Gandhi was attended by the leaders of the Trinamool Congress (TMC), Nationalist Congress Party (NCP), Dravida Munnetra Kazhagam (DMK) and Left parties, among others.