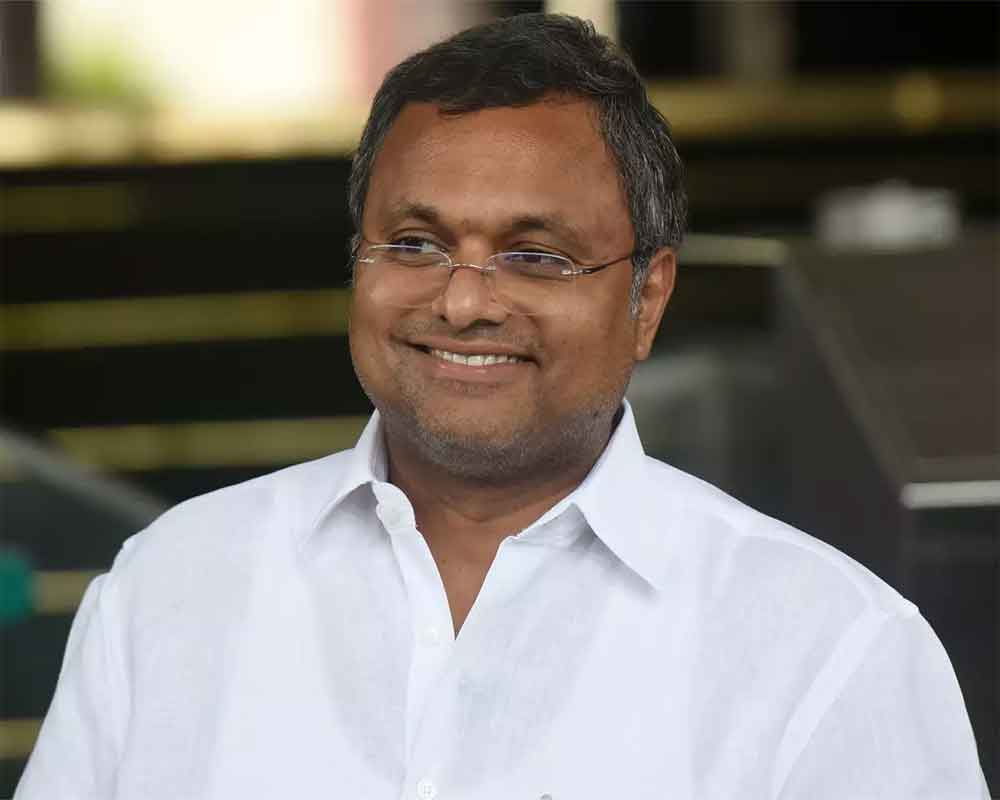 A Delhi court Tuesday allowed Karti Chidambaram, accused in Aircel-Maxis cases along with his father and former finance minister P Chidambaram, to travel abroad to attend tennis tournaments in the UK and France and attend business meetings.

Special Judge Ajay Kumar Kuhar granted the relief to Karti while asking him to share his itinerary with the investigation agencies.

Karti's lawyer Arshdeep Khurana had said in the application that his client wanted to travel to the United Kingdom and France between February 17 and March 1 to attend tennis tournaments and also attend some business meetings.

Karti's daughter is a student at the University of Cambridge, UK, and he is required to visit her, the application had said.

The court, while granting anticipatory bail to Karti, had imposed various conditions, including that he will not leave the country without its prior permission.

The court had on January 28 "revived" the Aircel-Maxis cases filed by the Central Bureau of Investigation and the Enforcement Directorate against Chidambaram and his son that were earlier adjourned 'sine die'.

The probe agencies had submitted the status report of the ED's investigation in a sealed cover on the directions of the court.

The CBI status report had stated that LR has been sent to Malaysia and there has been development, adding that it was also probing a new lead.

The case was adjourned 'sine die' -- without fixing any date for hearing -- on September 5 last year with the court noting that the two probe agencies were seeking "adjournment after adjournment".

The court had also granted anticipatory bail to the father-son duo. It has been challenged in the Delhi High Court, which will hear the matter on March 4.

The trail court took up the matter on its own on January 28 and sought the status report from the CBI and the ED. They however sought more time and the court granted them two weeks.

It had on September 5 last year granted anticipatory bail to Chidambaram and Karti in the corruption case filed by the CBI as well as in the money laundering case lodged by the ED in relation to the Aircel-Maxis deal.

The probe agencies were investigating how Karti Chidambaram received clearance from the Foreign Investment Promotion Board (FIPB) for the Aircel-Maxis deal in 2006 when his father was the Union finance minister.

The CBI and the ED had alleged that P Chidambaram, as finance minister during the United Progressive Alliance rule, granted approval to the deal beyond his capacity benefitting certain persons, and received kickbacks.