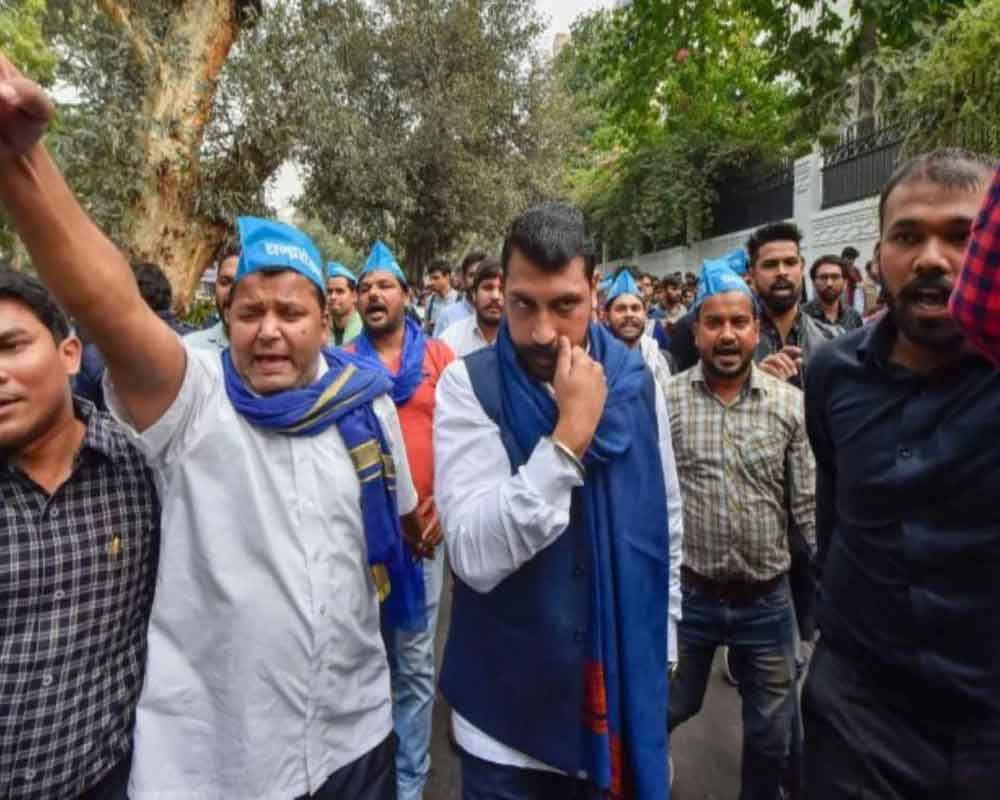 Azad, currently under arrest, has said that there was no evidence against him in the FIR which states that he had instigated the crowd to march to Delhi gate from Jama Masjid and indulge in violence.

The matter will be heard tomorrow.

The Bhim Army chief was sent to judicial custody on December 21 by a Delhi court.

Azad's outfit had organised a march from Jama Masjid to Jantar Mantar against the amended Citizenship Act on December 20, without police permission.