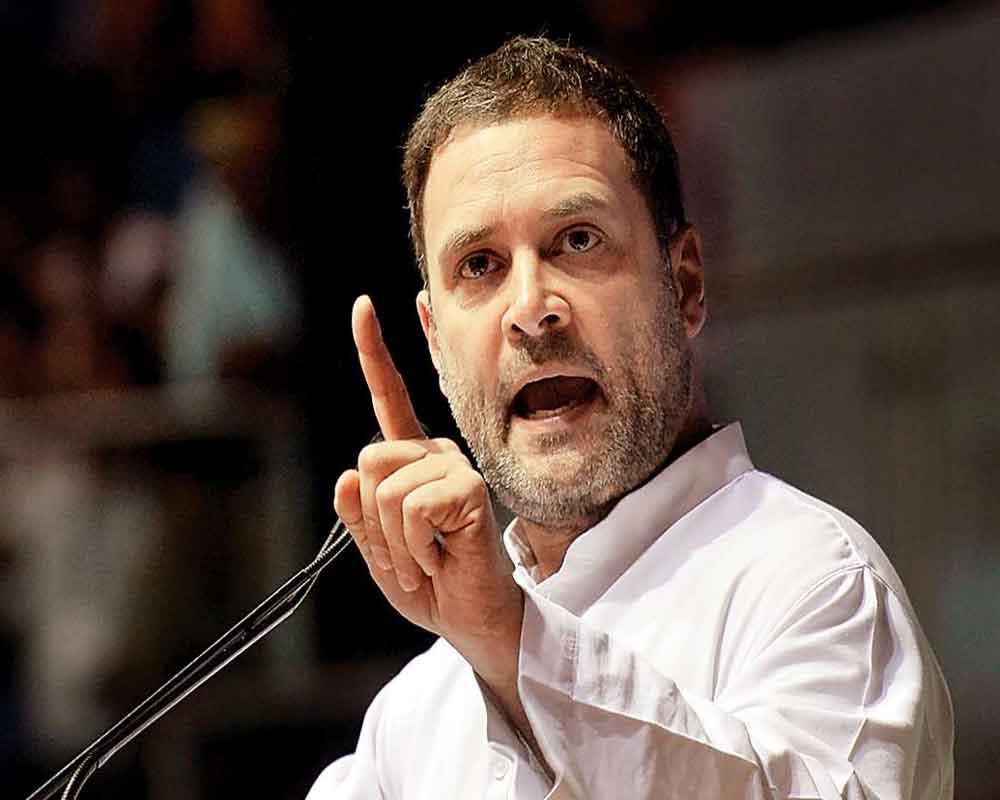 Taking a dig at Prime Minister Narendra Modi, Congress leader Rahul Gandhi on Sunday said he had asked the PM to to pass on the benefit of the global oil price crash to Indian consumers, but instead "our genius" hiked excise duty on fuel.

His jibe at the prime minister came a day after the government hiked excise duty on petrol and diesel by a steep Rs 3 per litre each to garner about Rs 39,000 crore additional revenue.

"Just 3 days ago I had requested @PMOIndia to pass on the benefit of the global oil price crash to Indian consumers, by slashing the prices of petrol & diesel in India. Instead of heeding this advice, our genius has gone and hiked #exciseduty on fuel!" Gandhi tweeted.

He also tagged a video of a press conference in which Finance Minister Nirmala Sitharaman purportedly avoids answering a question on why government has not passed on the benefits of the global oil crash to the people.

The former Congress president on Wednesday had accused Prime Minister Modi of being too busy "destabilising an elected government" to notice a crash in global oil prices this week.

"Hey @PMOIndia, while you were busy destabilising an elected Congress Govt, you may have missed noticing the 35 per cent crash in global oil prices.

"Could you please pass on the benefit to Indians by slashing #petrol prices to under 60? per litre? Will help boost the stalled economy," the former Congress chief had said on twitter.

The Congress on Saturday had hit out at the government over the hike in excise duty on petrol and diesel, demanding that the benefit of reduced international crude oil prices should be passed on to the people.