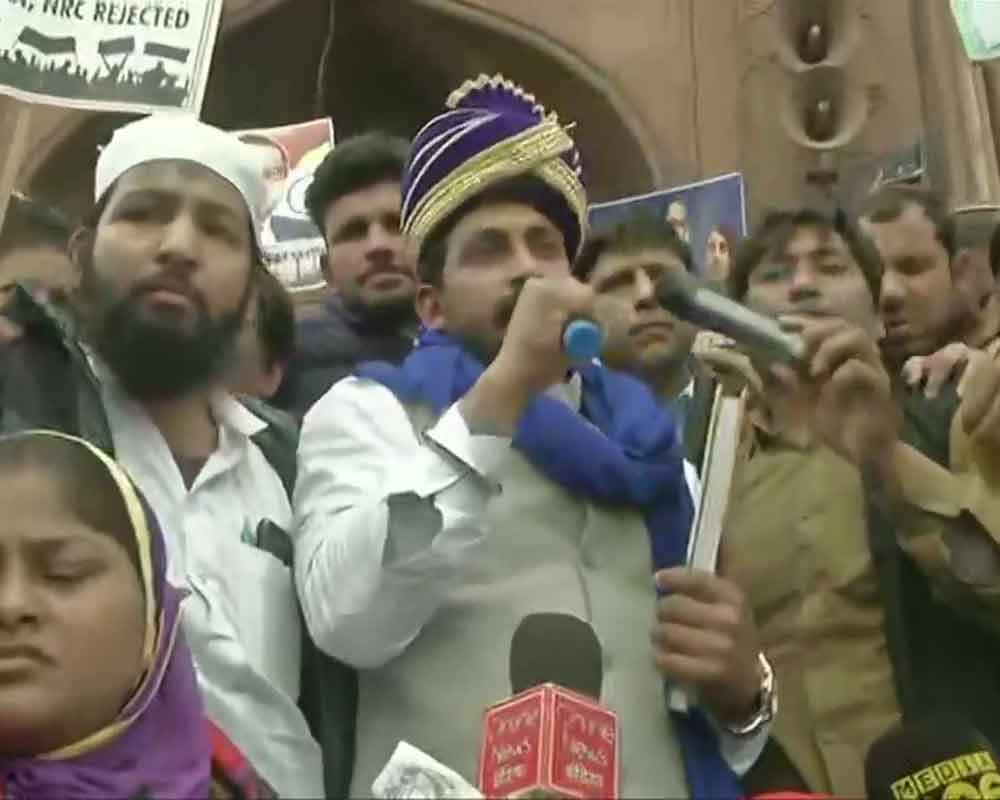 Swarmed by his supporters and locals, Azad, with his trademark blue 'safaa', read out the Preamble to the Constitution.

Calling for repeal of the Citizenship Amendment Act, which he termed as a "black act", he said nothing is bigger than keeping the country together.

Thirty-three year old Azad was released from Tihar Jail on bail on Thursday night and received a rousing welcome by his supporters.

At Jama Masjid in old Delhi, where anti-Citizenship Amendment Act protest was taking place, Azad also lauded women participating in the anti-CAA protests at Shaheen Bagh, Jamia Millia University and other parts of the country.

"This (anti CAA) movement is for the future of this country, for our identity and to uphold the Constitution. It is our responsibility to strengthen it," he said.

Azad said it is the fundamental duty of citizens to protect the Constitution and also urged people to carry out peaceful protests against the CAA.

The Bhim Army chief will also visit the Karbala at Jor Bagh and Bangla Sahib Gurudwara.