Farm Bills: Today will be remembered as a black day for democracy, says Congress

Farm Bills: Today will be remembered as a black day for democracy, says Congress 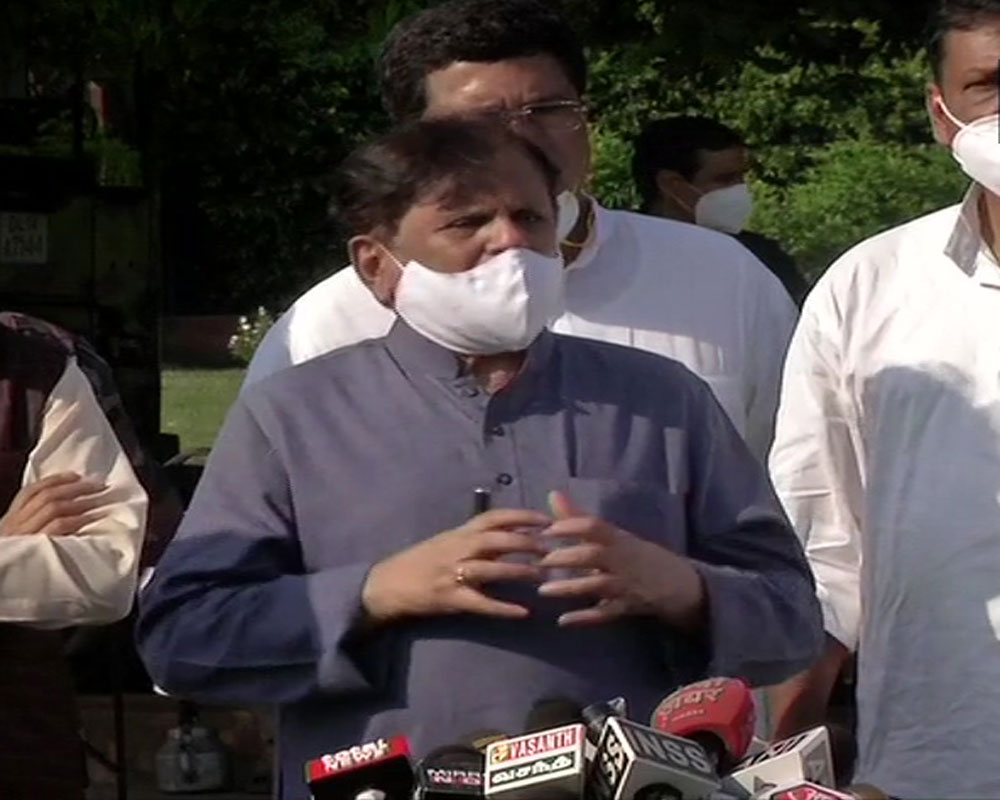 The two farm bills, which were passed in Rajya Sabha amid a din, are against the interest of farmers and today will be remembered as a black day for democracy, the Congress said on Sunday.

The Rajya Sabha passed 'The Farmers' Produce Trade and Commerce (Promotion and Facilitation) Bill, 2020', and 'the Farmers (Empowerment and Protection) Agreement of Price Assurance and Farm Services Bill, 2020' on Sunday amid the din created by opposition members.

The Congress also said that the government is attempting to hand over farming to corporates and the day will be remembered as "anti-farmer day".

"The legislations are not just against farmers but also against the federal structure as agriculture is a state subject and trading within the state is in the concurrent list," senior Congress leader Ahmed Patel told reporters.

States are already under the onslaught of the Goods and Services Tax (GST) and there is an attempt by this government to reduce their revenues, he alleged.

This government has "attacked" the spirit of the Constitution as agriculture is a state subject and "the central government tried to pass these bills in the name of trading", Patel said.

"Whatever the prime minister may say and preach that today is a historic day for farmers, but today is a black day and will be written in black ink," he said.

"The proposed legislations are against the interests of farmers and they want to hand over farming into the hands of the corporate sector and people will be harassed. Farmers' problems would rise. Today is an anti-farmer day," Patel said.

When there is an attempt to end Agricultural Produce Market Committees (APMC), the corporate sector will have a major role to play in farming, he claimed.

Singhvi said at least 10 people wanted division and many moved resolutions for amendments. "How did these bills get passed," he said.

"We feel that you cannot get the laws passed merely with your brute majority. These unconstitutional bills will not only be challenged but also annulled after it is challenged in the Supreme Court," Singhvi said.

The government knew that it could not get these bills passed on its own and that is why it bulldozed it, he alleged.

"You also are being misled by the BJP on the Congress manifesto. They are trying to befool the people of the country," Singhvi said.

On Friday, the BJP had alleged that the Congress in its 2019 poll manifesto had promised to abolish the Agricultural Produce Market Committee (APMC ) Act.

Congress leader Patel said earlier the government had brought the Land Acquisition Act against which farmers revolted and it had to take it back.

Patel said instead of minimum support price (MSP), the prime minister is saying farmers will be paid the maximum selling price.

The charges made against the Congress that it promised to abolish the APMC Act in its manifesto, are attempts by the BJP to distort things and are half-truths, the Congress leader said, noting that it had kept 22 safeguards for farmers but the BJP is not talking about them.

"I raised in Rajya Sabha on whether the government is ready to keep those safeguards for farmers, that the Congress had kept, this government is silent," Patel said.

Congress leader from Bihar Akhilesh Pratap Singh said the APMC Act was abolished in 2006 and there is distress sale of farm produce in Bihar.

Thousands of vehicles of produce come to Punjab and Haryana for sale and traders and profiteers are making money instead of farmers, he noted.

"This is going to happen all over the country now that these bills have been brought," he said.

"The manner in which the government as roughshod the grossly anti-farmer bills was totally against any and every procedure and tradition laid out in the rule book," he said.

"The high-handedness and utter disregard for democratic tradition and norms seems to have become the new normal even in Parliament- the temple of our democracy. The government bulldozed the anti-farmer bills at the cost of well established parliamentary procedures, rules and traditions," Venugopal said.

The government is "hellbent upon helping their crony capitalist friends by going to any extent, including denying discussion and division for passing the bills in the house," he said.