For how long will India be kept out of decision-making structures of UN, PM asks at UNGA session

For how long will India be kept out of decision-making structures of UN, PM asks at UNGA session 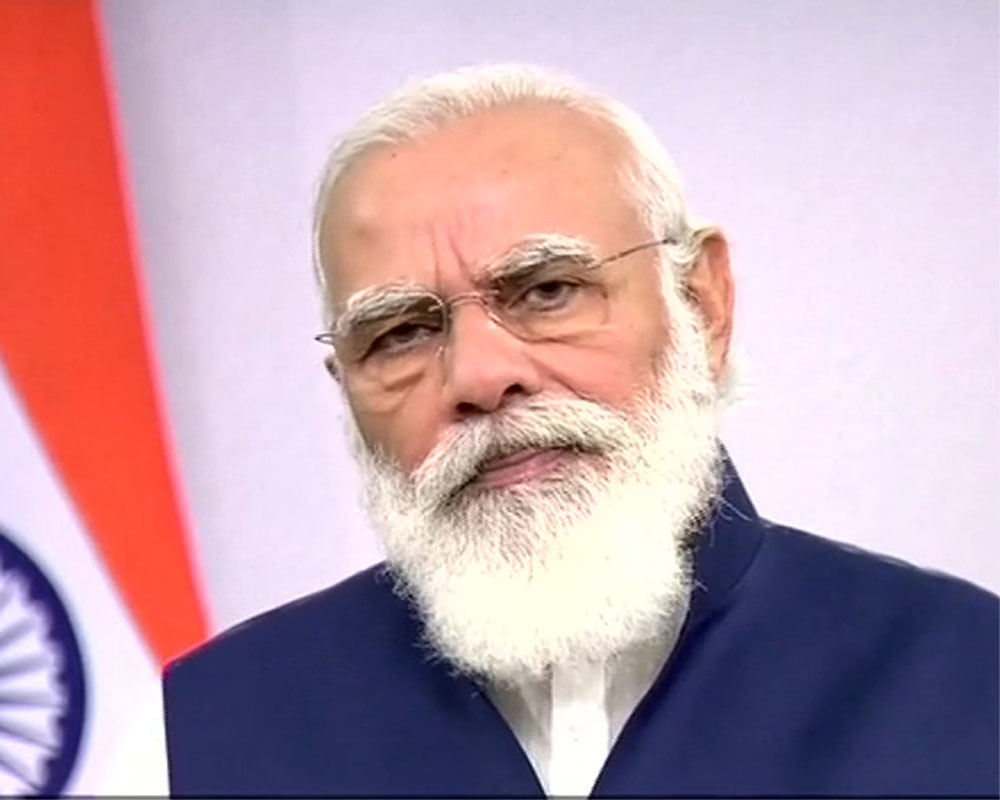 Prime Minister Narendra Modi on Saturday questioned for how long will India, the world's largest democracy and home to 1.3 billion people, be kept out of the decision-making structures of the United Nations, asserting that reform in the responses, processes and in the very character of the global body is the "need of the hour."

In his pre-recorded video statement to the landmark General Debate of the 75th session of the UN General Assembly, Modi said the stability in the United Nations and empowerment of the world body are essential for the welfare of the world.

The prime minister's strong push for UN reforms and the much-delayed expansion of the powerful Security Council came as India will begin its two-year term as an elected non-permanent member of the 15-member Council from January 1 next year.

"For how long will India be kept out of the decision-making structures of the United Nations? How long would a country have to wait particularly when the transformational changes happening in that country affect a large part of the world?" Modi asked.

"Today, people of India are concerned whether this reform-process will ever reach its logical conclusion," he said, adding that every Indian today, while seeing the contribution of India in the world organisation, aspires for India's expanded role in the United Nations.

"Reform in the responses, in the processes, and in the very character of the United Nations is the need of the hour," he emphasised.

India has been spearheading decades-long efforts to reform the Security Council, saying a structure set up in 1945 does not reflect contemporary realities of the 21st Century and is ill-equipped to handle current challenges.

There is widespread support, including by four out of the five permanent members of the Security Council - US, UK, France and Russia - for a permanent seat for India at the Council.