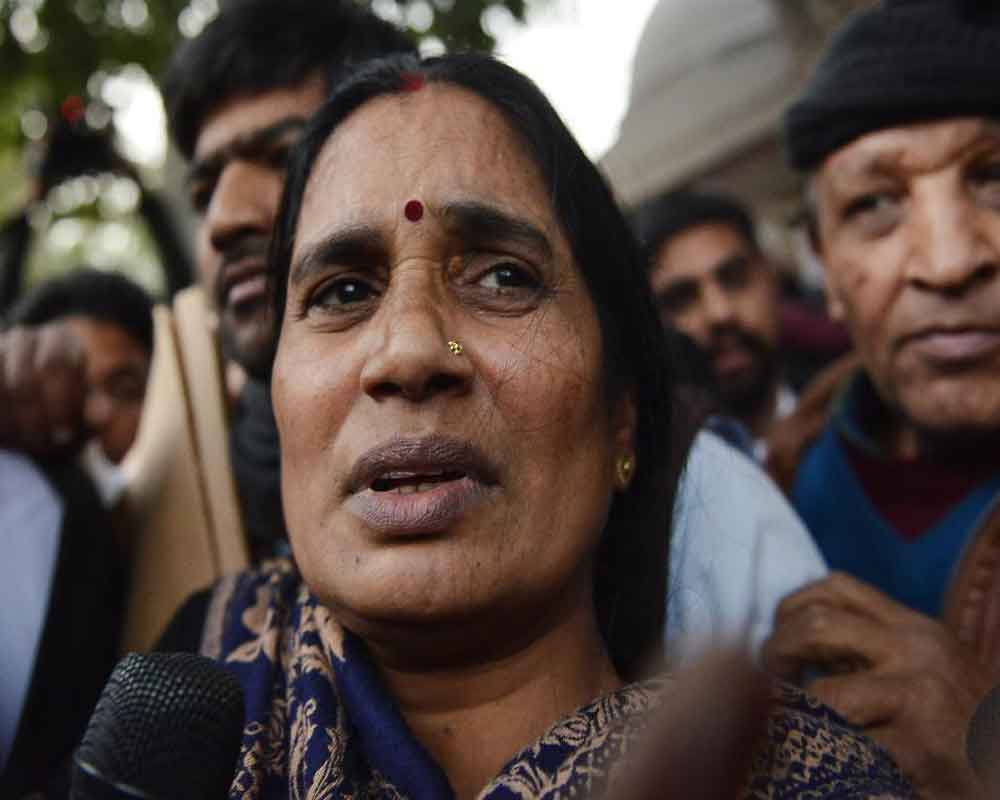 Senior advocate Indira Jaising has urged Nirbhaya's mother to "follow the example" of Congress leader Sonia Gandhi, suggesting that she pardons the four men sentenced to death for raping her daughter in 2012.

The four convicts are scheduled to be hanged at 6 am on February 1 in the gangrape and murder case.

Jaising, in a tweet on Friday, said while she fully identifies with the pain of Nirbhaya's mother, she urges her "to follow the example of Sonia Gandhi who forgave Nalini and said she didn't not (did not) want the death penalty for her".

"We are with you but against death penalty," she said.

Nalini Sriharan was sentenced to death in former prime minister Rajiv Gandhi's assassination case. Her death penalty was commuted to life term after the intervention of his wife Sonia Gandhi, who urged for clemency on account of the fact that Nalini had a young daughter who was born in jail.

Earlier in the day, President Ram Nath Kovind had rejected the mercy petition of Mukesh.

The other three condemned convicts have not yet availed of the constitutional remedy of filing mercy petitions.

Nirbhaya, a 23-year-old paramedic student, was gangraped and brutally assaulted on the intervening night of December 16-17, 2012, in a moving bus in south Delhi by six persons, including the four death row convicts, before she was thrown out on the road.