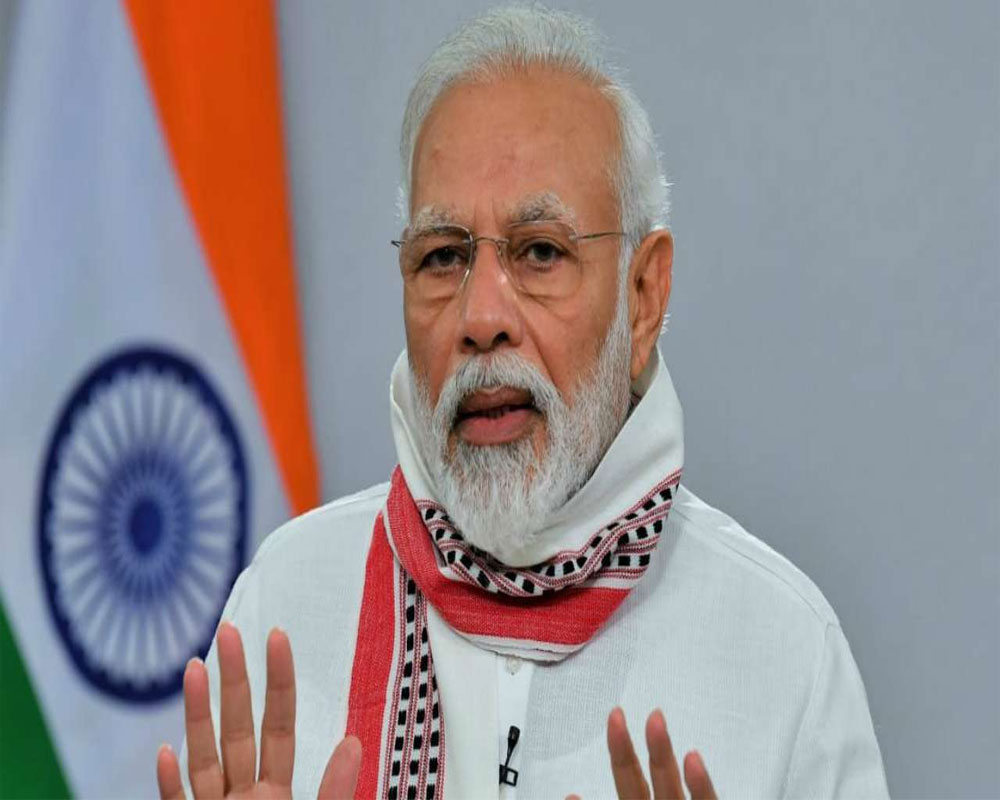 Prime Minister Narendra Modi on Wednesday congratulated Yoshihide Suga on his appointment as Japan's prime minister, and said he is looking forward to jointly take the "special strategic and global partnership" between the two countries to new heights.

Suga was on Wednesday formally elected as Japan's new prime minister in a parliamentary vote.

"Heartiest congratulations to Excellency Yoshihide Suga on the appointment as Prime Minister of Japan @kantei. I look forward to jointly taking our Special Strategic and Global Partnership to new heights. @sugawitter," Modi tweeted.

He also posted a congratulatory tweet in Japanese to Suga.

Suga succeeds Shinzo Abe, who resigned earlier in the day because of ill health. Suga was chosen as the leader of the ruling party on Monday.