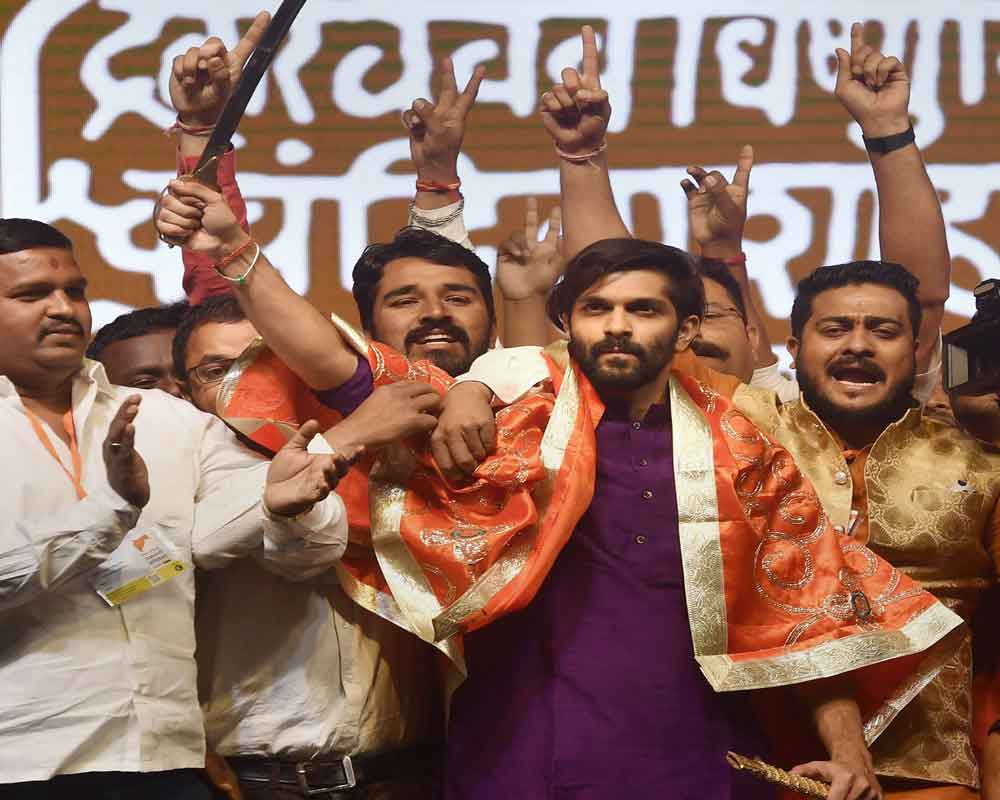 The Maharashtra Navnirman Sena (MNS) party's new flag unveiled on Thursday has drawn flak from the Shiv Sena and some organisations here for the use of Chhatrapati Shivaji's royal seal in it.

The party's earlier flag had stripes of saffron, blue and green colours.

"The rajmudra should not be used for political purposes. We express our dislike towards it. We will approach the state government and Election Commission in this regard to seek action," he said.

The MNS was set up in 2006 after Raj Thackeray split from the Shiv Sena.

Vinod Patil, president of R R Patil Foundation, a social organisation in Aurangabad, told reporters that he was pained to see the use of rajmudra in the MNS flag and sought the state government's action against the party.

"There is a three-party government in the state. They should take action against the MNS...We never thought that the royal seal of Shivaji Maharaj will be a part of its new flag. Using the rajmudra for politics is painful," he said.

"It is the duty of the state government to look into the issue. We will also move the Election Commission over it. If we don't get justice there, we will certainly initiate legal action," he added.