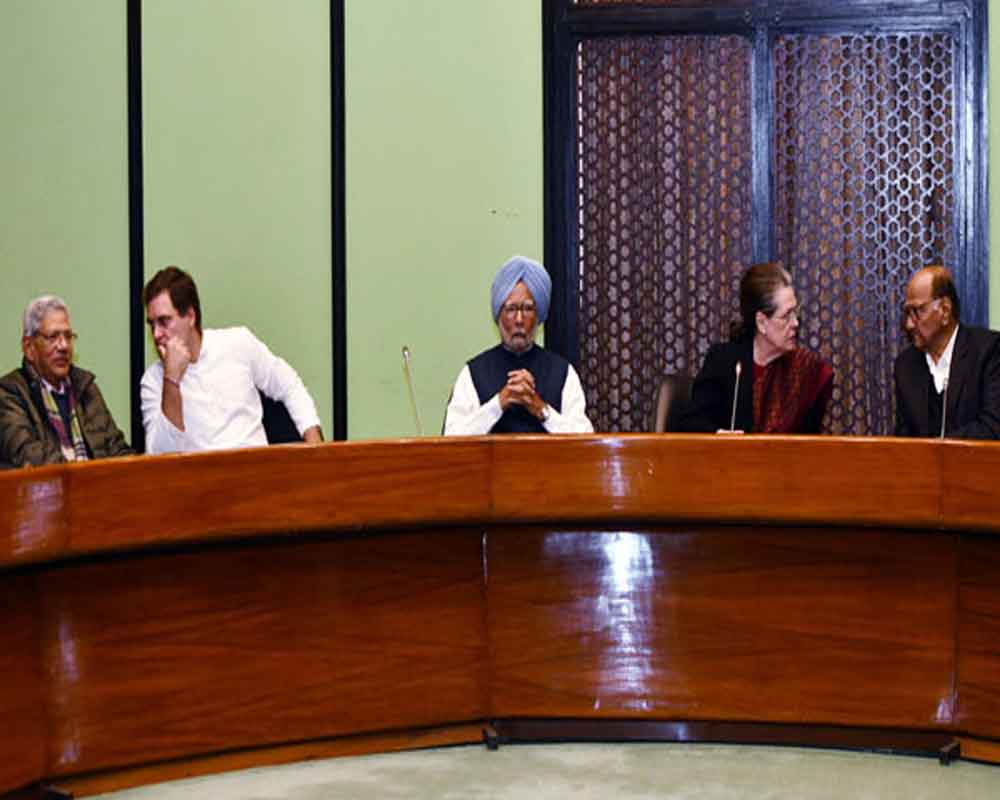 Addressing a meeting of the Opposition attended by leaders of 20 parties, Gandhi said there have been nation-wide spontaneous protests by youths supported by citizens from all walks of life.

"The immediate cause is the CAA and NRC but they reflect widespread frustration and pent up anger, which is now out in the open. The response of the police in UP and Delhi has been shockingly partisan and brutal," the Congress chief said.

"The Prime Minister and Home Minister have misled the people. They have contradicted their own statements of only weeks ago, and continue with their provocative statements while remaining insensitive to the state suppression and violence that is increasingly becoming commonplace," she said.

The "Modi-Shah government stands totally exposed" for its inability to govern and to provide security to the people, Gandhi alleged.

The nation has watched in horror at the "BJP-orchestrated assault" on JNU after what happened in Jamia, BHU, Allahabad university and AMU, she said

Asserting that the NRC seems to have back-fired in Assam, Gandhi said the Modi-Shah government is now focusing on the NPR exercise that is scheduled to begin in a few months.

Contrary to the assertions of the Home Minister, it is clear that this is being done to lead to a nation-wide NRC, she claimed.

Stating that the real issue facing India today is the collapse of economic activity, she alleged that the prime minister and the home minister have no answers and want to divert the nation's attention from "this grim reality by raising one divisive and polarizing issue after another".

The BSP, TMC and AAP stayed away from the opposition meet.