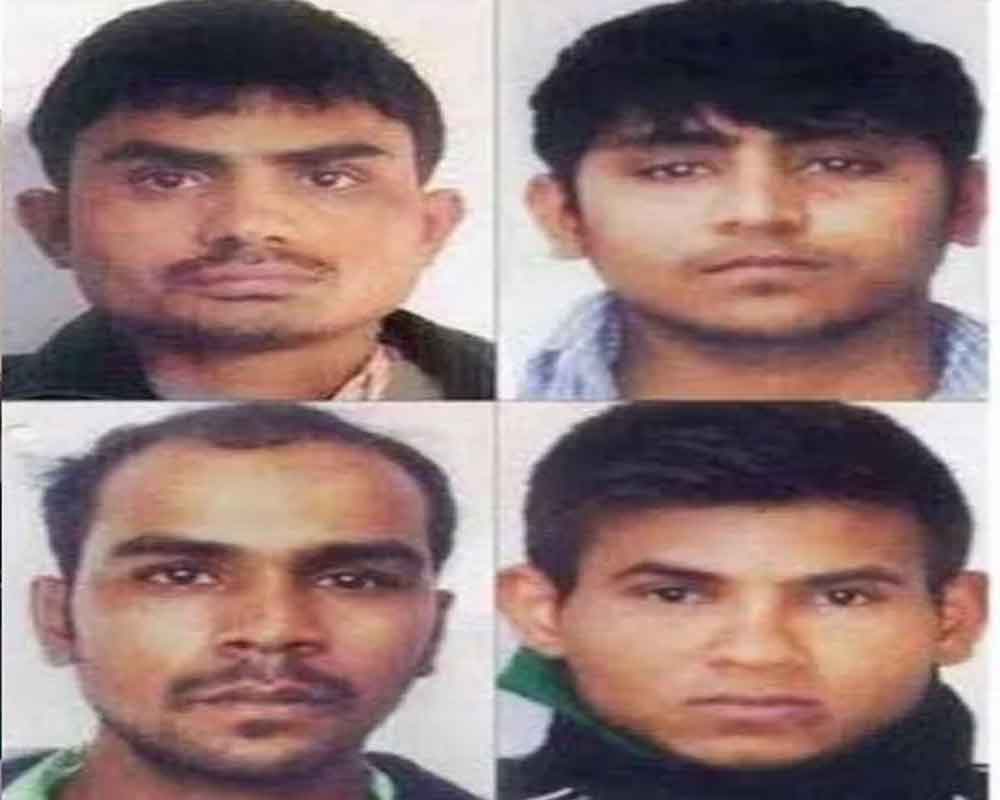 A dummy execution of the four death row convicts in the Nirbhaya gangrape case was performed at the Tihar Jail here, prison officials have said.

A Delhi court had on January 7 issued death warrants against all the four convicts -- Mukesh (32), Pawan Gupta (25), Vinay Sharma (26) and Akshay Kumar Singh (31) -- and ordered they be hanged on January 22 at 7 am in Tihar jail, over seven years after the brutal crime sparked outrage and anger across the country.

A team of prison officials performed the dummy execution on Sunday. The officials recorded the weights of the convicts and the prepared the dummies accordingly with sacks filled with debris and stones, a senior jail official said.

The execution will take place on in Jail No 3, he said, adding that the UP Prison authority has confirmed that Pawan Jallad from Meerut will be sent to hang the four convicts.

The Tihar authorities had written to the Uttar Pradesh prison authorities, seeking the services of two hangmen from the state to the execution.

All the four convicts are likely to hanged simultaneously. The jail authorities were also holding conversations with them on a daily basis to ensure that they were in a good mental state, the official said.

The court order was pronounced on applications moved by Nirbhaya's parents and the prosecution (Delhi government) seeking issuance of death warrants against the convicts.

The 23-year-old paramedic student, referred to as Nirbhaya or fearless, was gang-raped and brutally assaulted on the intervening night of December 16-17, 2012 inside a moving bus in south Delhi by six persons before being thrown out on the road.

She died on December 29, 2012 at Mount Elizabeth Hospital in Singapore.

Ram Singh, one of the six accused, allegedly committed suicide in Tihar Jail. A juvenile, who was among the accused, was convicted by a juvenile justice board and was released from a reformation home after serving a three-year term.

The only legal remedy now left with the four convicts is to approach the Supreme Court with curative petitions to seek relief from the capital punishment.

The convicts can also avail the constitutional remedy of filing mercy pleas with the President.

Advocates for the convicts have said they will soon approach the apex court with the curative petitions and will also seek a stay on the death warrants till the disposal of the curative plea.

A curative petition is the last legal recourse available to a person and it is generally considered in-chamber.