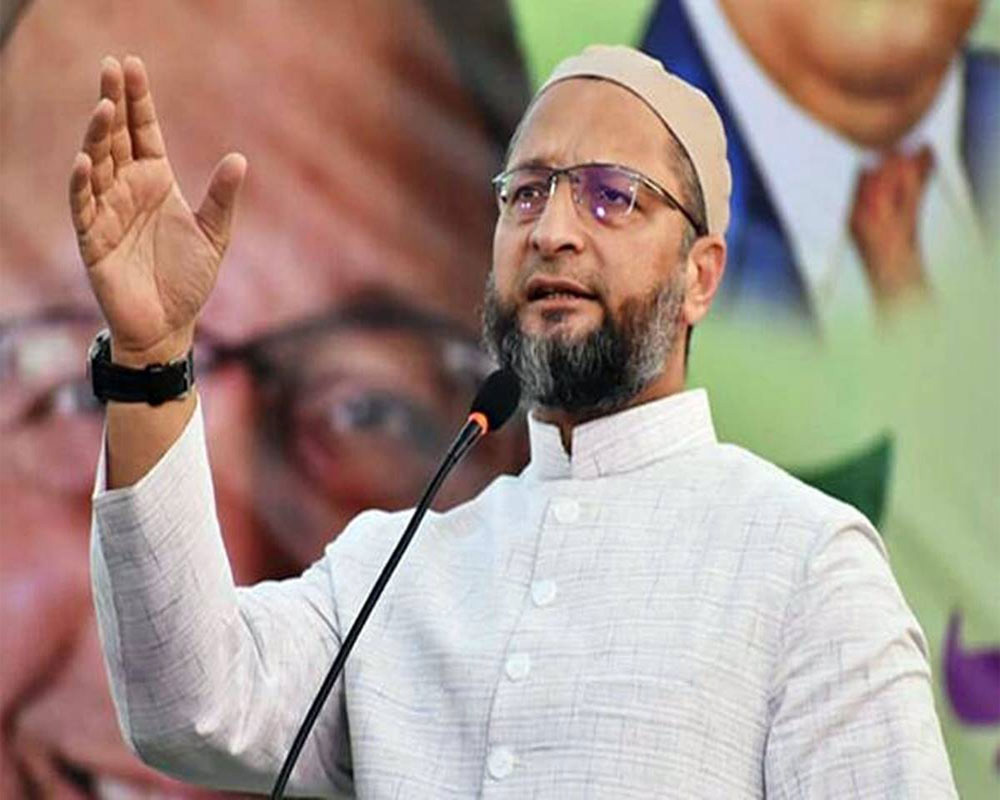 AIMIM chief Asaduddin Owaisi on Tuesday hit out at BJP governments for bringing ordinances against religious conversion through fraudulent means, including those for the sake of marriage, claiming these violated the fundamental rights under the Constitution.

He also described the Centre's agri-marketing acts as 'draconian' and dared the Narendra Modi government to come out with laws on providing minimum support price (MSP)to the farmers, employment and unemployment dole.

Owaisi saidan adult can marry anyone they want and alleged the intention of the BJP in bringing such laws against religious conversions was to make a mockery of the Constitution.

He was referring to recent promulgation of an ordinance by the Uttar Pradesh government against forcible or 'dishonest' religious conversions and the Madhya Pradesh cabinet giving its nod for a similar measure on Tuesday.

"These laws and ordinances issued and given nod by some BJP ruled states are against the Constitution and the BJP is creating an atmosphere of hate for the Muslim community," the Hyderabad MP told reporters here.

He claimed that suchlaws were a blatant violation of Article 14,21and 25 of the Constitution related to right to equality, right to life and personal liberty and right to freedom of religion respectively.

"I challenge the BJP that why don't you make a law on providing MSP to the farmersthat is the need of the hour. For so many weeks thousands of farmers are protesting on the outskirts of Delhi against the draconian laws passed by the Modi government, he said.

Instead of doing it, they (the BJP) were bringing these ordinances against religious conversions, he claimed.

Owaisi welcomed the Allahabad High Court order quashing quashed an FIR against a Muslim man over a marriage with a Hindu woman and ruling that she had a right to live her life on her own terms.

The court has clearly reiterated that no government has any role to play in the personal life of an Indian citizen, he said, adding the Supreme Court had also given a similar ruling.

Replying to a question, Owaisi said his party will fight elections be it local body polls in Madhya Pradesh or in Gujarat or other places.