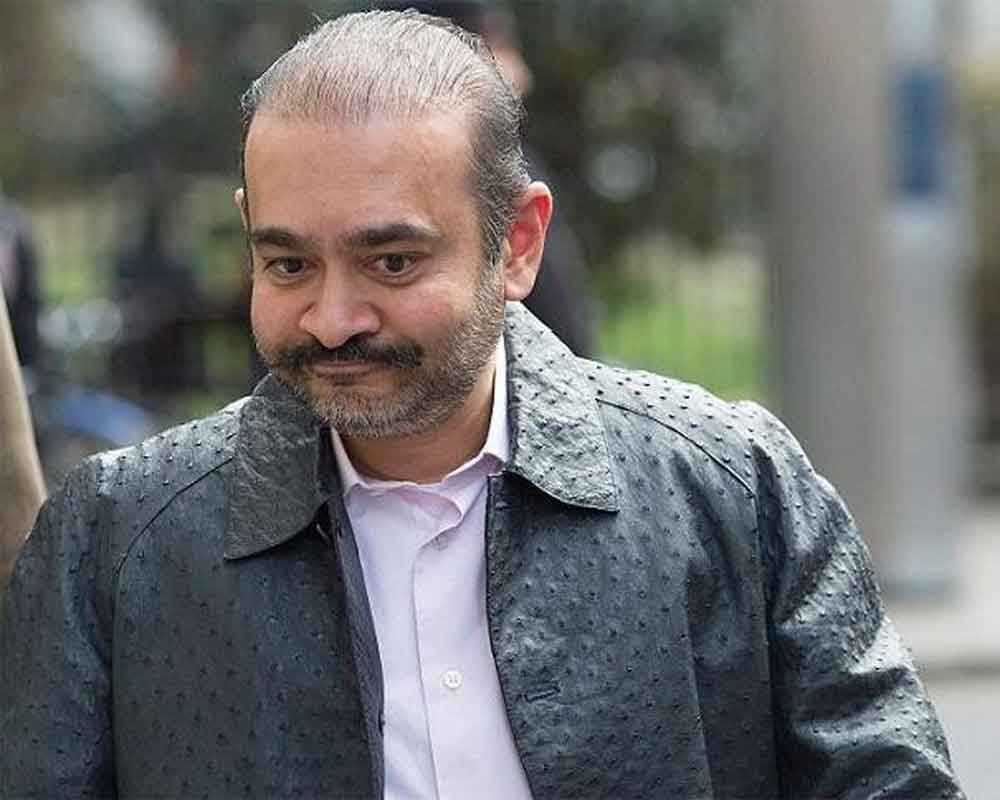 Fugitive diamantaire Nirav Modi, fighting extradition to India on charges over the nearly USD 2 billion Punjab National Bank (PNB) fraud and money laundering case, is to be produced for a regular remand hearing at Westminster Magistrates' Court in London on Thursday.

The 48-year-old, who has been lodged at Wandsworth Prison in south-west London, will appear via videolink from prison. His extradition trial is scheduled for five days starting May 11, with the case management hearings in the case set to begin soon.

Modi had made a last-ditch bail application in November last year with an "unprecedented" house arrest guarantee, akin to those imposed on terrorist suspects, as well as citing mental health issues from being behind bars at Wandsworth since his arrest in March 2019.

But the bail plea was turned down by Chief Magistrate Emma Arbuthnot over continued fears of witness intimidation and failure to surrender before the court for his extradition trial this year.

The UK's Crown Prosecution Service (CPS), which represents the Indian government in the extradition proceedings, said there is no further prospect of an appeal for bail in a higher court as the UK High Court had already turned down Modi's plea earlier last year.

Modi is meanwhile expected to appear for "call-over" hearings every 28 days at Westminster Magistrates' Court until the case management hearings for his extradition trial kick in.

The diamond merchant denies the charges of fraud and money laundering and his defence team, led by barrister Hugo Keith, has claimed that the Indian government has wrongly “blackened” Modi's name as a “world-class schemer”.

As part of the change in circumstances required for a fresh bail application, Modi's lawyers had offered to double the bail bond security offered to the court, from the previous GBP 2 million to GBP 4 million.

They had also informed the court of attacks on their client from fellow inmates at one of England's most overcrowded prisons.

Modi has been behind bars at Wandsworth since his arrest on March 19 on an extradition warrant executed by Scotland Yard on charges brought by the Indian government.

During subsequent hearings, the UK court has been told that Modi was the "principal beneficiary" of the fraudulent issuance of letters of undertaking (LoUs) as part of a conspiracy to defraud PNB and then laundering the proceeds of crime.