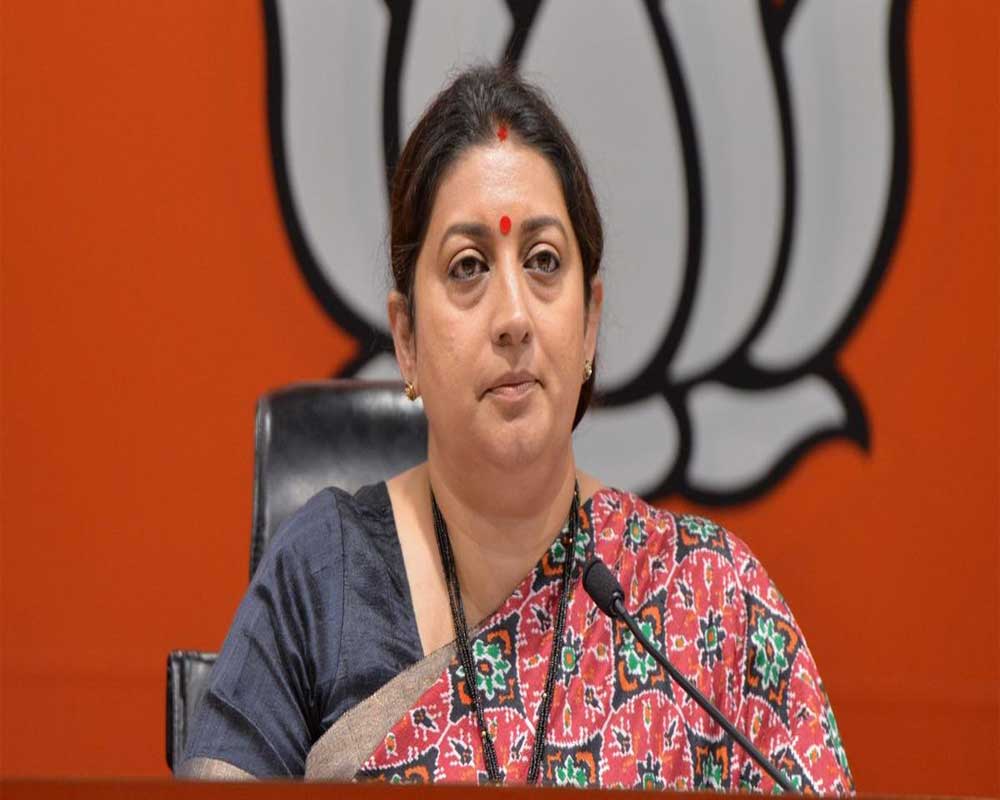 Union minister Smriti Irani on Friday blamed the AAP government in Delhi over the "delay" in the hanging of the Nirbhaya case convicts.

"Why was the prisons department, which comes under AAP government, sleeping after the dismissal of review petition in July 2018? Why did the government give Rs 10,000 and a sewing kit to the juvenile rapist when he was released?" she posed.