TMC first to protest against CAB, none can question its Credentials : Mamata

TMC first to protest against CAB, none can question its Credentials : Mamata 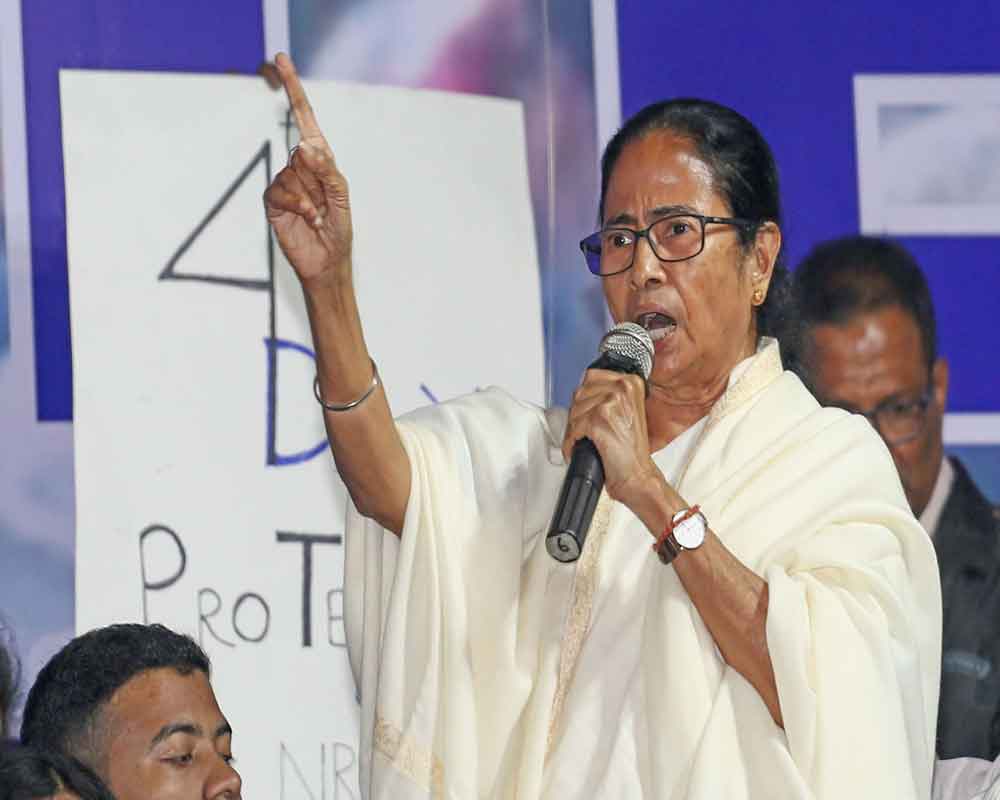 West Bengal Chief Minister Mamata Banerjee on Monday claimed that her party TMC was the first to voice its protest to the Parliamentary Standing Committee against the Citizenship (Amendment) Bill and none can question its opposition to the amended Citizenship Act.

She claimed that the Parliamentary Standing Committee record clearly states that TMC was the first to air its opposition to the CAB at the committee's meeting and asked the opposition parties who were speaking against her to check it.

Slamming the Left parties and the Congress who blamed her for a "secret understanding" with Prime Minister Narendra Modi without naming them, Banerjee said "None can question or doubt mine and TMC's credentials in fighting against the CAA, the NRC and NPR".

The two opposition parties had criticised her and charged her with having a "secret understanding" with the prime minister for meeting him at the Raj Bhavan on Saturday after his arrival to the state and sharing the stage with him at the inauguration of the sound and light show at the Howrah Bridge by Modi.

The chief minister, who was addressing an anti-CAA protest rally by Trinamool Congress Chatra Parishad (TMC stundents wing) also hit out at BJP saying "They (BJP) have made PAN, Aadhaar, ration cards invalid. We will not allow them to do that".

Banerjee, who is a strident critic of the saffron party, iterated her call to "fight the BJP tooth and nail as they are anti-people".

Turning to her critics, she said "Those who are criticising TMC have no credential. They only believe in tokenism like calling a bandh once in a year."

Lashing out at the Congress and the Left parties, the TMC supremo said "Have they ever taken the trouble of walking on the streets? Have they ever organised social programmes? Been on the side of the people? Some people launch movements merely to gain publicity."

About the arson and road blockade in the state on January 8 during the nationwide general strike by trade unions, she said no agitation is successful if the protestors commit violence.