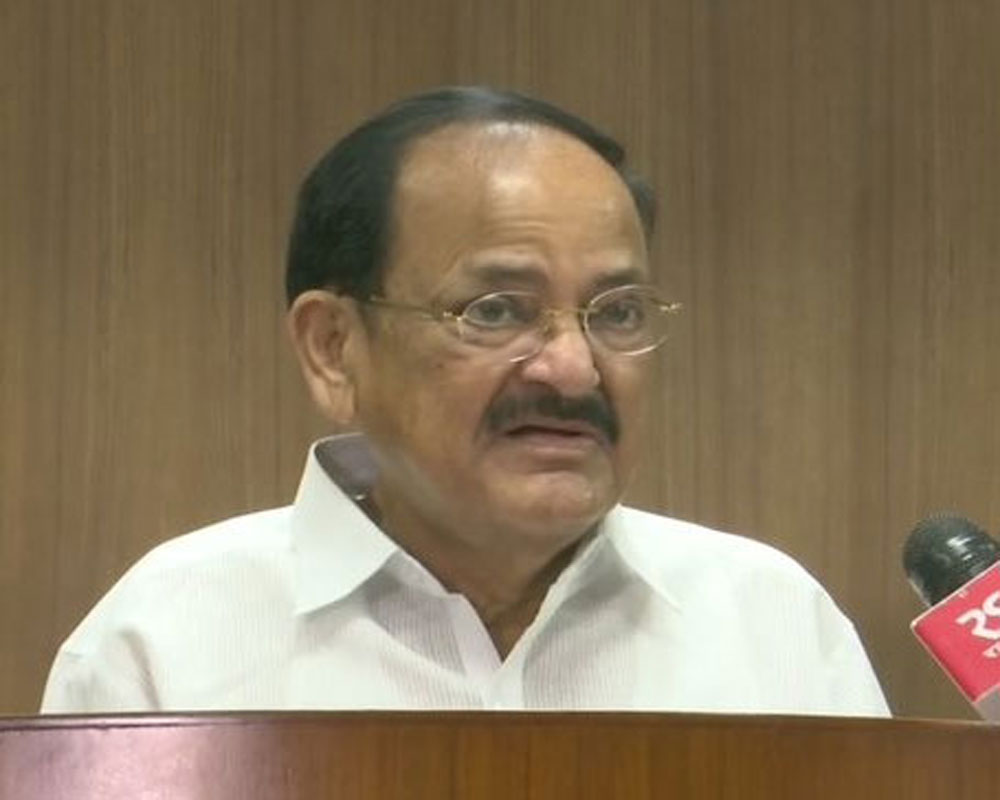 Vice President M Venkaiah Naidu on Saturday called upon the world community to come together to isolate nations that sponsor terrorism and impose sanctions against them.

Expressing concern over the scourge of terrorism, Naidu appealed to the United Nations (UN) to complete deliberations and adopt India's long-pending proposal of a 'Comprehensive Convention on International Terrorism'.

Observing that no country is safe from terrorism, he said the days of platitude are over and it was time for concrete action. "There is also a need to reform the UN and create a more inclusive and equitable world order," he said.

Naidu stressed on the need for all nations, particularly those in South Asia, to come together to promote peace, eradicate poverty, improve socio-economic conditions of the masses and wipe out the menace of terrorism.

Paying tributes to former prime minister Lal Bahadur Shastri, Naidu said he was a great son of India who rose from a humble beginning to the pre-eminent position of prime minister and yet maintained simplicity, humility and humanitarian outlook.

"He displayed statesman-like dignity, impeccable integrity and served the nation without ever compromising on high moral values," the vice president said, according to an official statement.

Highlighting one of the important aspects of Shastri's personality, Naidu said that he had the remarkable ability to communicate effectively and negotiate skillfully.

"One of the secrets of his extraordinary success as a negotiator was his ability to see the other man's point of view. He was always ready to make maximum allowance for another person's feelings," Naidu recalled.

Referring to the coronavirus pandemic, he complimented frontline warriors from various fields.

"In spite of the restrictions during the lockdown, our farmers acted as frontline warriors and rose to the occasion to produce enough food grains. Unmindful of the risk to their lives, doctors, nurses, healthcare workers, security forces, sanitation workers and media personnel too have been working with dedication in these testing times," he said.