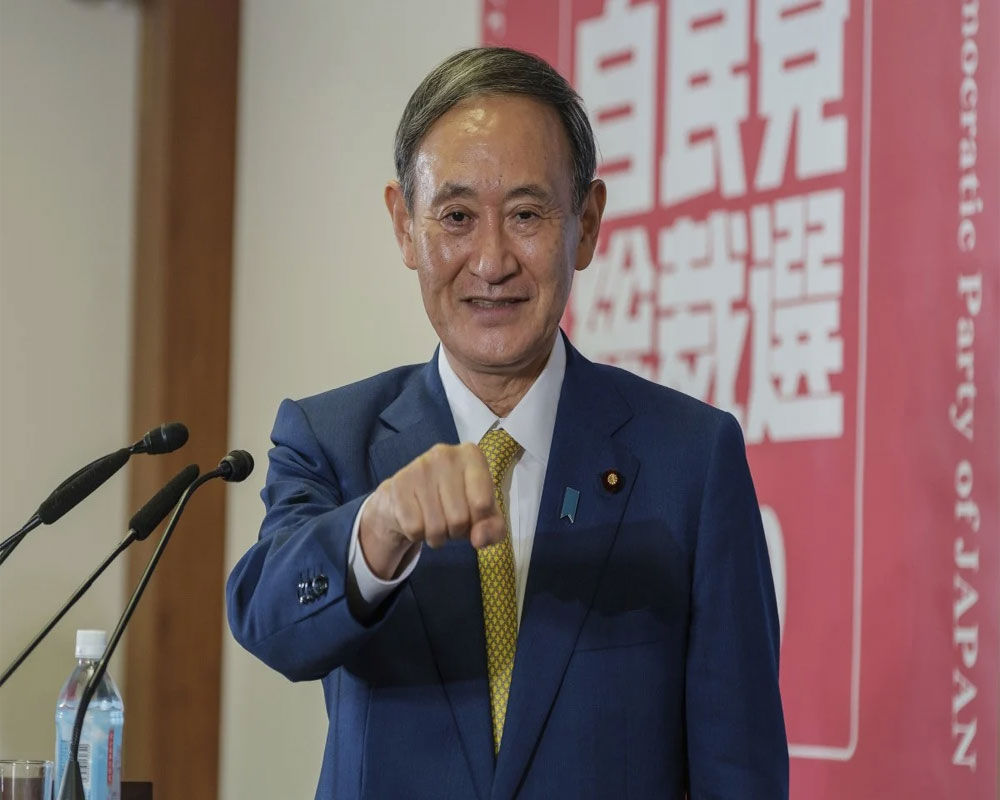 Suga is replacing Shinzo Abe, who resigned earlier in the day because of ill health. Suga had been chosen as leader of the ruling party on Monday, virtually assuring his succession.

Suga, who was chief Cabinet secretary and long seen as Abe's right-hand man, is to launch his own Cabinet later Wednesday.

Suga has stressed his background as a farmer's son and a self-made politician in promising to serve the interests of ordinary people and rural communities.