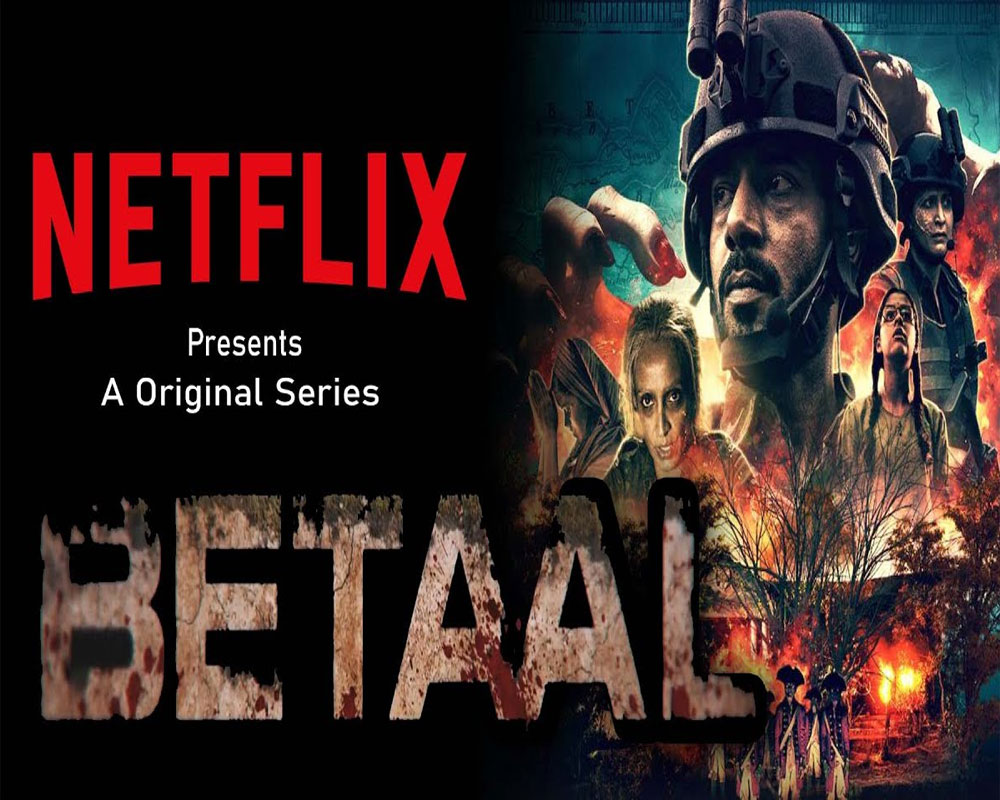 For Marathi actor Jitendra Joshi, zombie horror “Betaal” was not only an opportunity to make a comeback to Netflix after “Sacred Games”, but also a chance to express gratitude towards superstar Shah Rukh Khan, who he says has been a huge inspiration throughout his career.

“Betaal”, which premiered on Netflix on Sunday, is produced by Shah Rukh's Red Chillies Entertainment.

Joshi said the 54-year-old Bollywood actor's journey from a nobody to one of the biggest stars of Hindi cinema has motivated him to work harder.

“He has inspired me so much in my youth. I have lived and grown up with Shah Rukh Khan. ‘Betaal' is my thank you note to Shah Rukh Khan. I will keep thanking him all my life for being an inspiration. I'm a Shah Rukh Khan fan,” Joshi told PTI.

After playing the affable cop Katekar on “Sacred Games” season one, the 42-year-old actor features in a negative role in “Betaal”.

The show is written and directed by Patrick Graham, who previously helmed the horror series "Ghoul" for Netflix.

Nikhil Mahajan is serving as co-director, while Blumhouse Television and SK Global Entertainment are attached as executive producers.

Joshi said he couldn't meet Shah Rukh during the making of the series, but he remembers the magical moment when the star visited the sets after the wrap.

“The King Khan arrived on the sets with all his charm and the moment I shook hands with him, mandolins started playing in my head,” he said referring to one of Shah Rukh's most-loved films “Dilwale Dulhania Le Jayenge”.

“All his songs like 'Woh toh hai albela'... It all played in mind. It was so heartwarming to meet a man who has reached such heights after so much struggle,” he added.