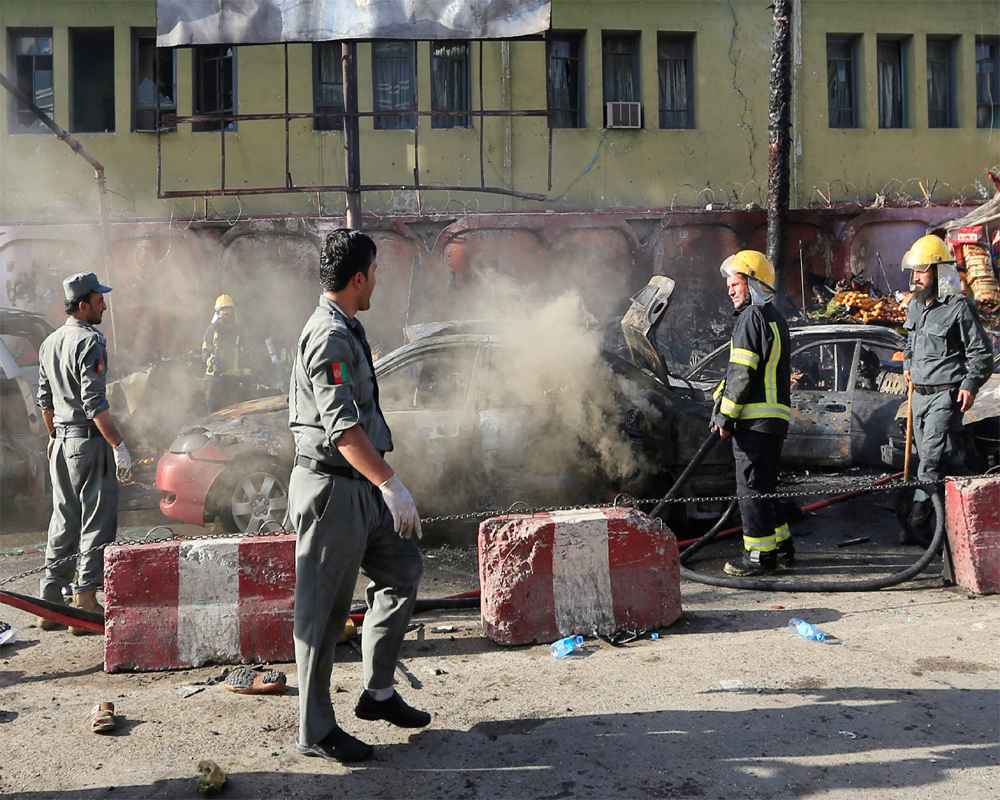 Afghan officials said Sunday at least 34 people were killed in two separate suicide bombings that targeted a military base and a provincial chief.

In eastern Ghazni province, officials said 31 soldiers were killed and 24 others wounded when the attacker drove a military humvee full of explosives onto an army commando base before detonating the car bomb.

There were no immediate claims of responsibility for the attacks.