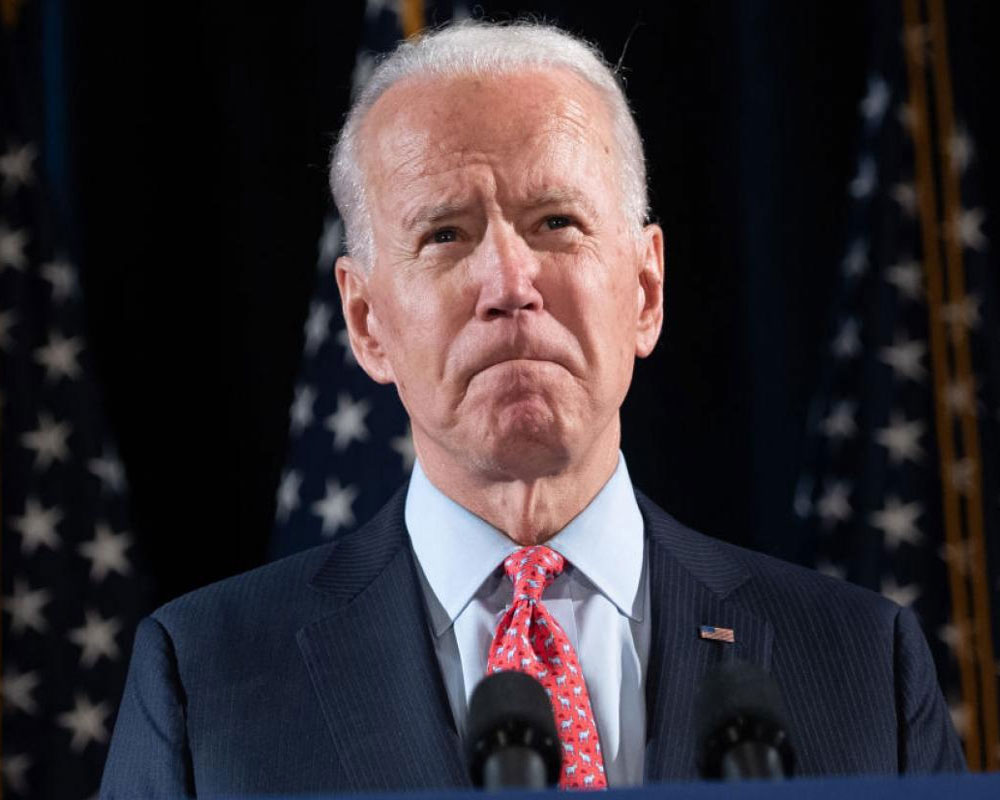 Former vice president Joe Biden, a votary for strong US-India relations, has formally become the Democratic presidential nominee to run for the White House against President Donald Trump in the elections in November.

Biden, 77, on Friday night took his tally of pledged delegates over the halfway mark of 1,991 from a total of 3,979, thus becoming eligible to earn the Democratic Party's presidential nomination.

The veteran Democrat, who served as the 47th vice president of the United States from 2009 to 2017 during the presidency of Barack Obama, would formally be nominated at the Democratic National Convention in Wisconsin in August.

In the presidential elections to be held on November 3, Biden will challenge Republican incumbent Trump, 73, who is seeking re-election.

In his remarks after winning a majority of delegates in the Democratic presidential primary, Biden said this is a difficult time in America's history and Trump's angry, divisive politics is no answer.

We need an economy that works for everyone now. We need jobs that bring dignity now. We need equal justice and equal opportunities for every American now. We need a president who cares about helping us heal now, Biden said.

Biden has been consistently supportive of the India-US relations. In 2008 as a Senator, he had voted to approve the landmark civilian nuclear deal between the two countries.

During his visit to India in 2013, Biden had said: "We want to deepen our strategic partnership on regional as well as global issues. The United States is elevating our engagement in the Asia-Pacific region. We refer to it as rebalance.

"Twenty, even 10 years ago, some might have suggested that not have included India in these discussions. Today, India is an indispensable part of our rebalance toward the Asia-Pacific. Indians have looked east through travel and trade for a millennia. These ties are reemerging. India is negotiating a trade deal with ASEAN. It is becoming more involved in regional institutions. And that is good news for the region and for us".

At the start of 2020, there were more than a dozen Democratic candidates in the race to the White House.

It was an honor to compete alongside one of the most talented groups of candidates the Democratic party has ever fielded and I am proud to say that we are going into this general election as a united party.

I am going to spend every day between now and November 3rd fighting to earn the votes of Americans all across this great country so that together we can win the battle for the soul of this nation and make sure that as we rebuild our economy, everyone comes along, Biden said.

The nomination of Biden is considered as a mere formality after his prime rival Senator Bernie Sanders withdrew from the race in the middle of the coronavirus pandemic.

The two teams that of Biden and Sanders are now working together to defeat Trump.

According to Real Clear Politics, which tracks all major national polls, Biden is leading Trump by more than seven percentage points.

However, Trump seems to be confident of pulling it off in the November elections.

I truly believe that when we stand together, finally, as One America, we will rise stronger than before. This is the United States of America. There is nothing we can't do, if we do it together, Biden said.

Earlier in the day, he said that Trump is mismanaging the coronavirus health crisis and his action has cost tens of thousands of lives.

According to Johns Hopkins Coronavirus Resource Center, the US, which is the worst-hit country, has reported nearly 1.9 million cases and over 1,09,000 deaths.

In a statement on Friday, Biden alleged that Trump has not done enough to address the coronavirus pandemic, saying in part "no amount of campaign-style excursions can change the fact that Donald Trump has been completely absent during this crisis .

Human Rights Campaign president Alphonso David in a statement said that in this presidential primary, Democrats chose a nominee from among the most pro-equality field in the nation's history.

For the first time, voters had a substantive discussion of issues with the candidates on topics ranging from healthcare to civil rights protections to the epidemic of violence facing black transgender women, he said.

"Nobody in 50 years has been WEAKER on China than Sleepy Joe Biden. He was asleep at the wheel. He gave them EVERYTHING they wanted, including rip-off Trade Deals. I am getting it all back!" Trump said in a tweet in recent months.

He alleged that Biden wants to raise taxes, open borders.

They want to open the borders. Can you imagine opening up borders right now? Tijuana is the most heavily infected place anywhere in the world, as far as the plague is concerned.