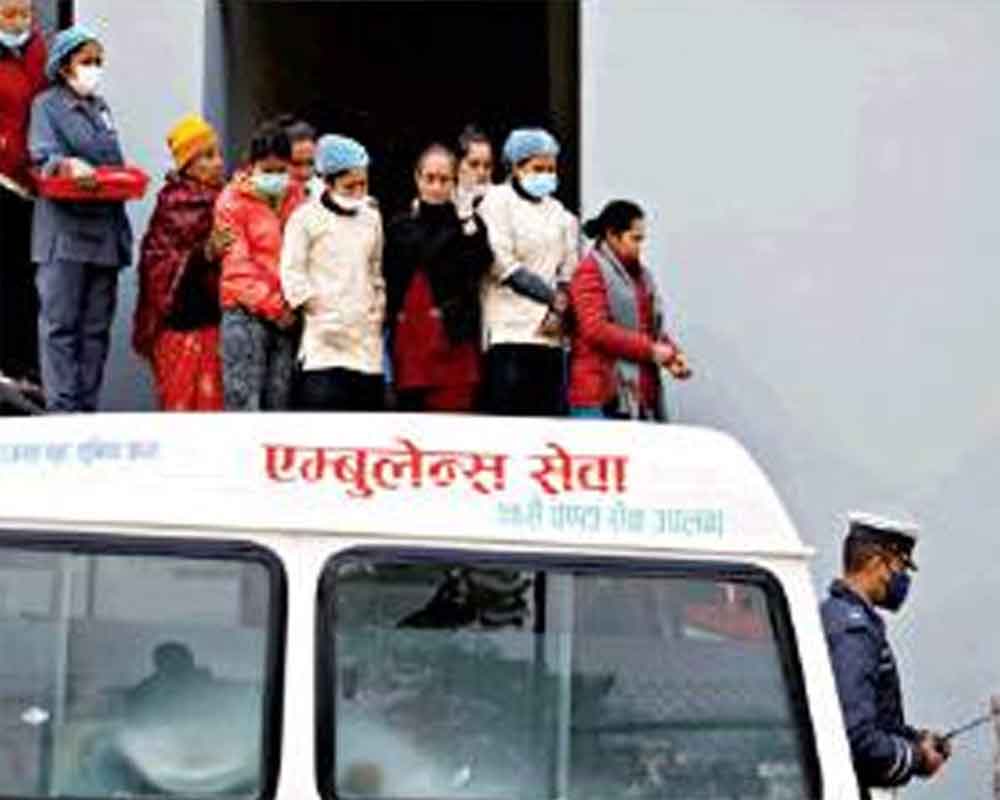 The mortal remains of five of the eight tourists from Kerala who died of possible asphyxiation in their room at a mountainous resort in Nepal were flown here late Thursday night.

The bodies of Dubai-based engineer Praveen, his wife Sarnaya and their three children, aged between 4 and 9 years, were first brought to New Delhi from Kathmandu and then airlifted to Thiruvananthapuram.

The bodies would be kept at the Trivandrum Medical College hospital mortuary tonight and will be taken to Praveen's home at Chenkottukonam on the Kollam-Thiruvananthapuram border on Friday for the funeral.

The students and teachers of the Kochi school where the 3 children — Sree Bhadra (9), Aarcha (7) and Abhinav (4) — were studying, paid floral tributes at the framed photographs of their schoolmates after the assembly on Thursday morning.

The bodies of Ranjit, his wife Indu and son are expected to reach Delhi tonight and then airlifted to Kozhikode on Friday morning.

Their six-year-old son Madhav, who was sleeping in another room, and had a lucky escape, reached his home at Kozhikode this morning.

Relatives said the child has not been informed about the tragedy.

The deceased were among a group of 15 tourists from Kerala who had checked into a resort in Daman, a popular tourist spot in Makawanpur district, some 70 km south of Kathmandu.

Praveen and Ranjit, both IT professionals, were engineering college classmates and the tour was arranged after a get-together with old friends in Delhi, a family member said.