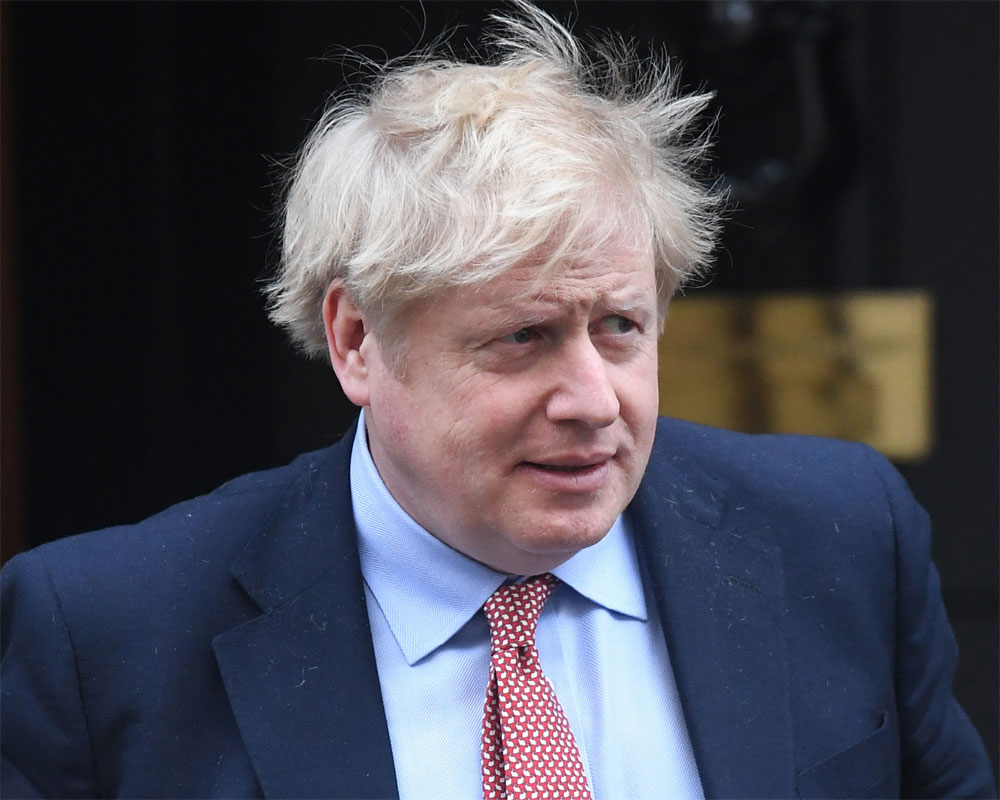 British Prime Minister Boris Johnson spent a second night in intensive care and he was "stable" and "in good spirits" while receiving treatment for coronavirus, a senior health official said on Wednesday.

Johnson, 55, was admitted to the Intensive Care Unit of the St Thomas' Hospital here on Sunday "for close monitoring" after his condition worsened.

The Prime Minister is "comfortable, he's stable, he's in good spirits", Edward Argar, serving as the minister of state for health, told the BBC on Wednesday.

The Prime Minister's office also suggested the first review into whether the coronavirus lockdown could be eased would not go ahead as planned on Monday next week, the report said.

Asked on BBC Breakfast when the measures might be lifted, Argar said the scientific evidence "isn't yet there to allow us to make us a decision".

"We have to be over that peak before we can think about making changes," he said, adding: "It's too early to say when we will reach that peak."

A ban on public gatherings of more than two people and the closure of shops selling non-essential goods were among the series of restrictions announced by Johnson on March 23 to tackle the spread of coronavirus.

He had said a relaxation of the rules would be considered in three weeks, which would be on April 13.

But on Tuesday, Downing Street suggested that the review would not go ahead on the scheduled date and would instead take place after the three-week mark.

On Wednesday, health minister Argar said: "We need to start seeing the numbers coming down and that's when you're in the negative.

"That's when you have a sense when that's sustained over a period of time, that you can see it coming out of that. We're not there yet and I don't exactly know when we will be."

He urged people to stay at home "however lovely the weather this Easter weekend".

"If we are, as the statistics appear to show, making a little bit of progress, now's the time to hold to it," he said.

His comments came as the number of coronavirus hospital deaths in the UK rose to 6,159 on Tuesday - a record increase of 786 in a day, the Department of Health and Social Care said, compared with 439 on Monday.

Foreign Secretary Dominic Raab, who is deputising for Prime Minister Johnson, said on Tuesday he was "confident" Johnson would recover from this illness, describing him as a "fighter".

Raab said Johnson was receiving standard oxygen treatment and was breathing without any assistance, such as mechanical ventilation or non-invasive respiratory support.

The prime minister was originally admitted to St Thomas' on Sunday, on the advice of his doctor, after continuing to display symptoms of cough and high temperature 10 days after testing positive for the virus.

Raab said the prime minister was being monitored closely in critical care.

"And I'm confident he'll pull through, because if there's one thing I know about this prime minister, he's a fighter. And he'll be back at the helm, leading us through this crisis in short order," Raab added.

The Queen and other senior royals sent messages to Johnson's family and his pregnant fiancee, Carrie Symonds, saying they were thinking of them, and wished the Prime Minister a full and speedy recovery.