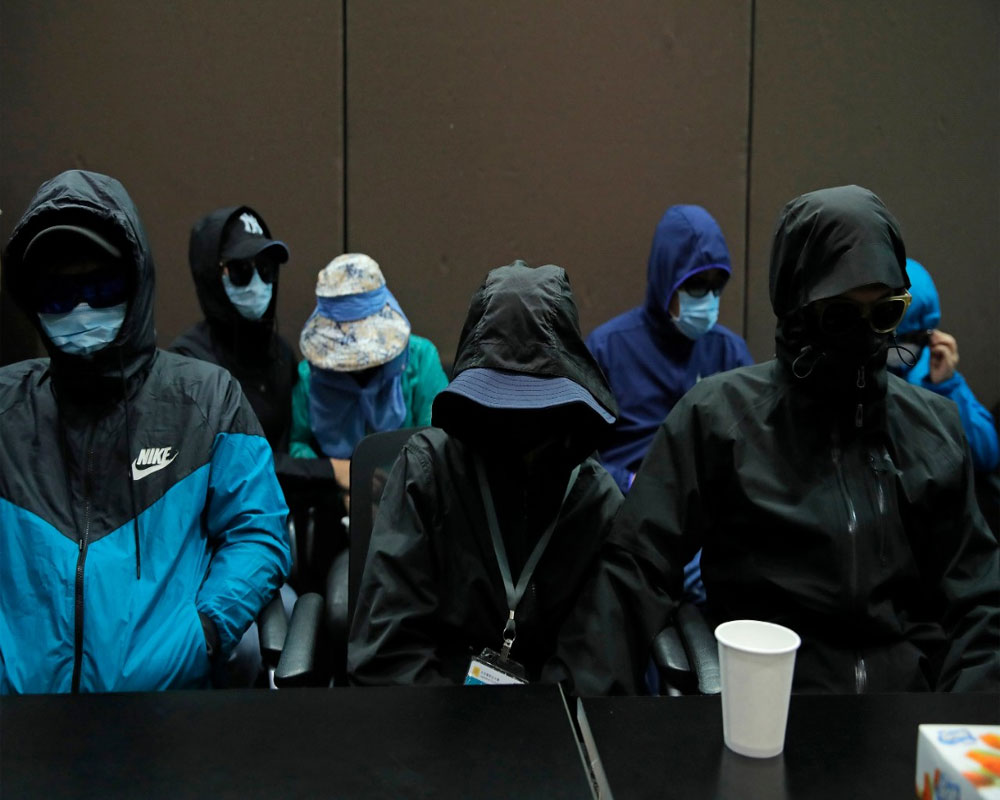 Chinese authorities have confirmed the criminal detention of 12 Hong Kongers who were allegedly attempting to travel illegally to Taiwan by boat last month, while the foreign ministry in Beijing labelled the group separatists.

The 12 people, aged 16 to 33, were under compulsory criminal detention in accordance with Chinese law for illegally crossing the border, according to a statement Sunday from the public security bureau in Shenzhen, a southern Chinese city. It said they were arrested on Aug. 23.

The statement was the first formal announcement from Chinese authorities that the 12 would likely face criminal charges. Last month authorities confirmed the detention at sea of the 12, some of whom were linked to the anti-government protest movement in the city last year.

The 12 were believed to be travelling to the self-ruled island of Taiwan, a popular choice among protesters who have chosen to leave Hong Kong since the passage of a new national security law in June.

Critics say the Hong Kong law is Beijing's clearest attempt to erase the legal firewall between the semi-autonomous territory and the mainland's authoritarian Communist Party system.

Beijing foreign ministry spokeswoman Hua Chunying said Sunday on Twitter that the 12 detained were not democratic activists, but elements attempting to separate #HongKong from China.

Under Hong Kong's security law, attempting to separate Hong Kong from China is illegal, as the law outlaws secession, subversion, terrorism and collusion with foreign forces in the city's internal affairs.

Pro-democracy lawmaker Eddie Chu expressed concern in a interview with public broadcaster RTHK on Monday that the 12 could face more severe charges in the future, which could result in longer prison sentences. They are currently accused of illegally crossing the border and not separatism.

The relatives of the arrested Hong Kongers held a news conference on Saturday calling for the return of their family members to Hong Kong, saying their legal rights were being violated.

The relatives, who wore masks and sunglasses and did not not reveal their names, said those arrested should be allowed to meet with lawyers they themselves have hired, not those appointed by Chinese authorities. They also said they should be provided with needed medications and be allowed to call their families.

In a statement released at the news conference, the families said that the Hong Kong government had not yet provided any sort of concrete assistance to the families.

Hong Kong leader Carrie Lam said last week that the group arrested would have to be dealt with according to Chinese laws if they were arrested for committing an offence in China. She said that the Hong Kong government would try and render assistance.

US Secretary of State Mike Pompeo said in a statement Friday that the US is deeply concerned over the arrests of the 12 people, whom he called democracy activists.

US State Department spokeswoman Morgan Ortagus said in a Twitter post Saturday that the arrest of the 12 is another sad example of the deterioration of human rights in Hong Kong. Legitimate governments do not need to wall their countries in and prevent their citizens from leaving, Ortagus wrote.